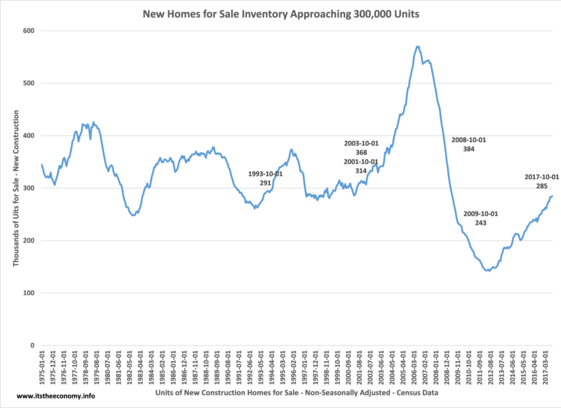 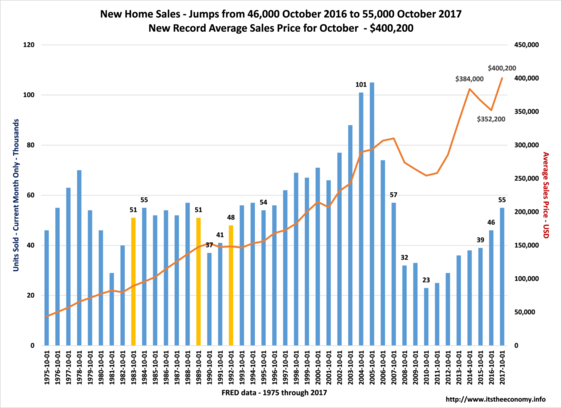 This is Cyber Monday. You can buy just about anything on-line. I was able to sell a condominium on-line, during the 1990s, with just on-line photographs while I was a Realtor. The Existing Home sales data were great last week. Units were up. The Average Sales Price hit a record high for the month of October. This bit of news was lost as people were talking turkey and turkeys in Congress. The new home construction data was released the prior week with strong completions data. The article  "October Real Estate Forecast: Silver Lining" saw the potential for month to month units growth, October to October units growth and the potential for the  October Average Sales price to rebound from the slide of the past two Octobers. Did the strengthening completions data convert to closings during October or will that happen during November and December as builders attempt to sell off inventory before the end of the year and as buyers attempt to get into a new home before Christmas?

New Home Sales surged to 55,000 units this October. This is sizable. Last October, October 2016, there were 46,000 units sold. Last month there were 50,000 units sold. The jump in units sold was expected from month to month and October to October. The question was could we hit the level recorded during October 2007? We almost did it. We sold more units during October 2017 than October 1995. This may not seem like news - it is. We have been struggling with sales levels that have been stuck in the range of that sold during 1983 and 1992. Sales were so low during October of 2010 that they were lower than any year from 1975 to 2009.

The Rolling Year Level of Sales was 604,000 units this month. This means that we have sold 604,000 during the past 12 months. We have not seen this level of annual sales since 2008. This number tells us where we have been.

Inventory is starting to return to normal levels - approaching 300,000. There has been plenty of discussion regarding the lack of inventory for existing homes. The new home sales market is just a fraction of the existing homes market. We are nowhere near the level seen during October 2008 when we had 384,000 units for sale. The inventory level is also below where we were during October 2001 when we had 314,000 units for sale. Is the inventory level holding back sales? We know that we are near record levels for units under construction? Where is the hold-up - are we short finishing workers?

There were some revisions to prior data - September was revised lower, August was revised higher. The data table at the end of this article detail the changes. A little up, a little down. The big story is the actual units sold and the Average Sales Price. The release of the new home sales data had to compete with the announcement of a Royal Wedding in London next Spring? Which will have a bigger impact on the United States Economy? Let me let you consider that question. 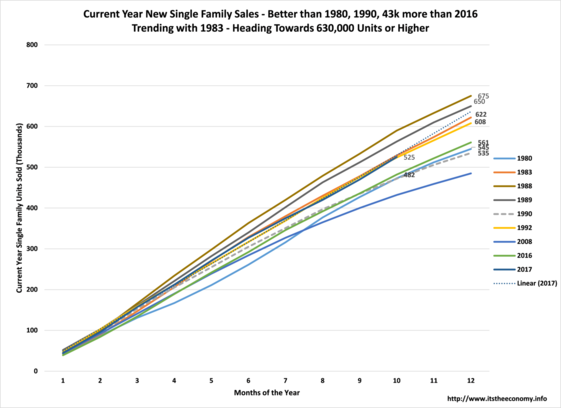 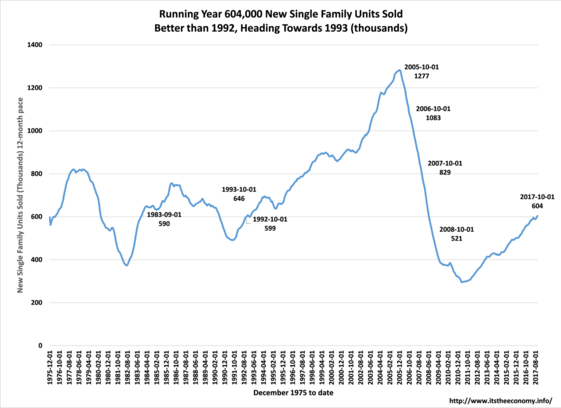