The "Great Recession" was a housing recession followed by a jobs recession, followed by a retail recession, followed by a revenue recession. Retail bounced back first. It took until January 2017 for all of the full-time jobs lost between July 2007 and January 2010 to be recovered and maintained. We had a "full-time jobs iceberg" that took nearly 9.5 years to "melt." Full-time jobs are necessary for mortgages. Mortgages are necessary, for most people, in order to purchase homes.  We hit multi-decade lows for new construction during 2010 and 2011. The new construction market has been improving since that time. New construction is necessary for new home sales to improve. Inventory of new homes has been growing during the past year. Existing home sales make up the vast majority of the monthly sales for real estate. All of these activities spur retail activities that help create new jobs. This article will examine the new construction data, the new home sales data, and the existing home sales data and project the possibilities for this month using same month growth data, month to moth growth data, current year growth data and rolling year growth data.  There isn't always a storm brewing when gray skies come on the scene. Sometimes it is just a "Fall Sky."

Construction is not slowing, at least not "non-seasonally adjusted." 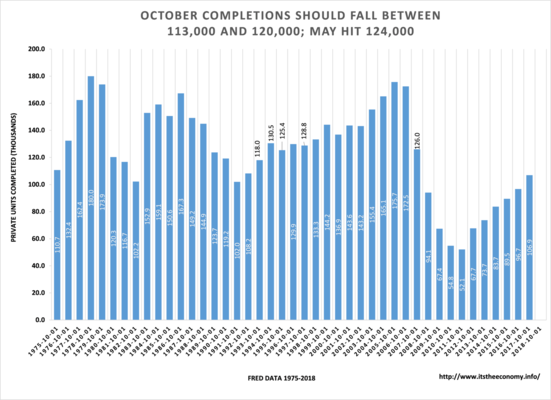 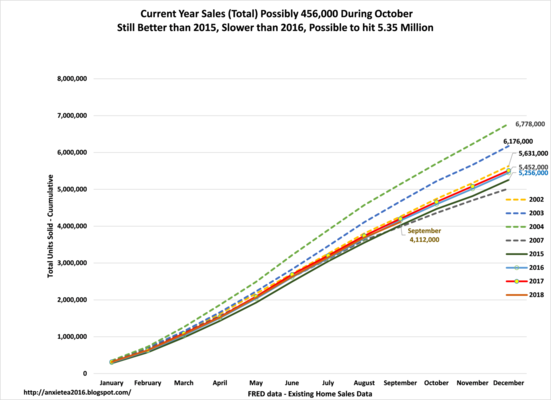 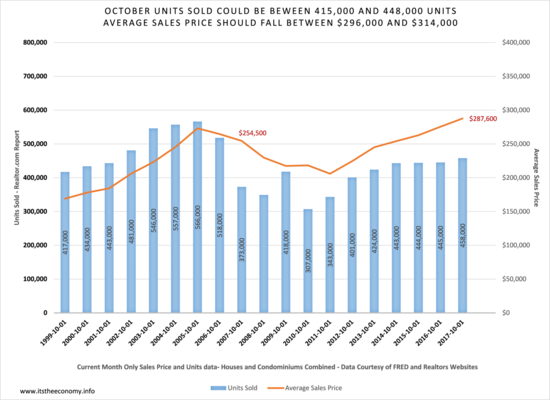 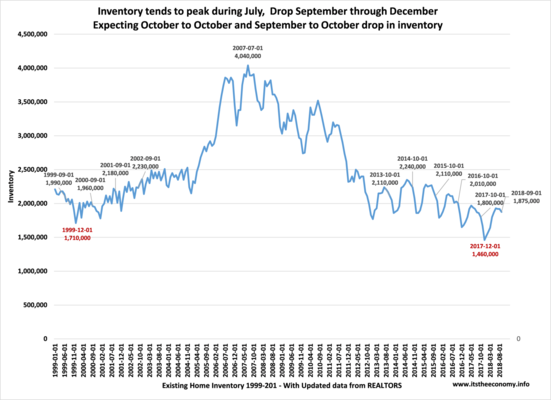 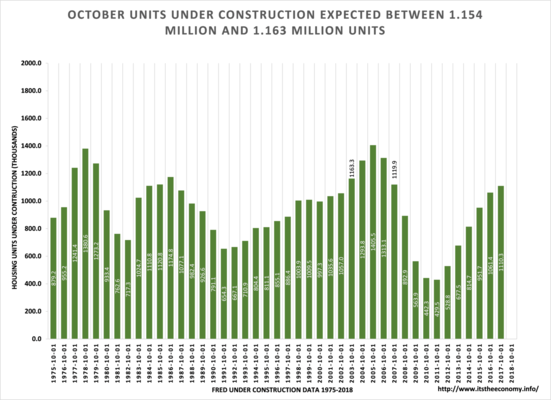 Existing Home Inventory may decrease month to month and improve October to October.  Inventory was gradually increasing from 1999 through 2005 before there was a massive spike during 2006 through 2008. It took until 2013 before inventory returned to "normal" levels. This column wrote an article during 2015 lamenting the historically low level of inventory during December of 2015. Similar articles would be written during December 2016 and December 2017. The same month data was on the decline since 2015. We have seen inventory improve during the past three months. The natural trend is for people to "take their home off the market" after school starts, during Thanksgiving, and during Christmas.The MTM data indicates a drop of 1% to 5% in inventory while the O2O data indicates a possible drop of 5% to 10%.  This data indicates an inventory level around 1.71 million to 1.78 million units. We have seen improving inventory data so the 1.80 million we had last year could be the floor. Inventory improved from 1.86 million during September 2017 to 1.875 million during September 2018. If we see the same, modest growth this October compared to last October then we could see 1.815 million units inventory. Down could be up.

Expect a drop in month to month and October to October units sold. There have been some who are concerned regarding the level of sales of existing homes. Right now, after September, we are trending better than 2015, slower than 2017, and comparable to 2016. Sales are expected to drop 1% to 8% MTM and could be flat or rise up to 6% October to October. We could see sales better than September of this year and slower than October of last year. This data indicates a range of 415,000 to 448,000. The middle is roughly 431,000. The Current Year (CY) data is at 4.112 million units. This means that we could see 456,000 units sold.  The rolling year (RY) data is trending lower and indicates a value of 445,000 units sold. We may be at an inflection point where, as inventory improves, sales may be improving.Having the CY data pointing higher than the RY data is a good sign. The value should be over 430,000 and should be over 440,000. We may see strength in the non-seasonally adjusted data, sales over 458,000, seasonally adjusted to the downside.

The Average Sales price is expected to drop month to month and improve year to year. Anticipate a drop of average sales price of 1% to 2% MTM and a spike of 3% to 9% October to October. The data indicates an average sales price of $296,000 to 314,000.The month to month and October to October data indicate almost the same price range. September to September the Average Sales price was only up just over 2.48%. If that happens this month then the sales price should come in around $294,750. The $300,000 level has been broached. It is not anticipated to happen during October.

Existing home sales spur jobs and retail sales. The data is indicating that improving inventory levels may help improve the units sold data. We should see an new October average sales price record set. The new home construction data will be released November 19th, followed by the Existing Home Sales data on November 21st, and then New Home Sales on November 26th, Expect good news to be recorded, non-seasonally adjusted. Do no be surprised if the seasonally adjusted data "disappoints" the gray sky crowd. 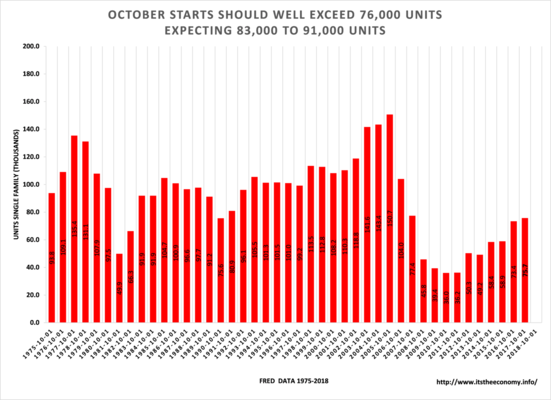 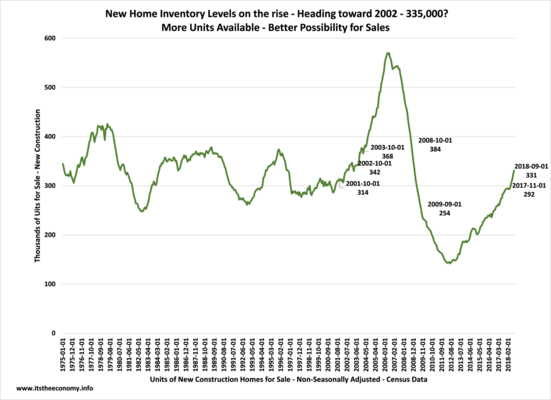 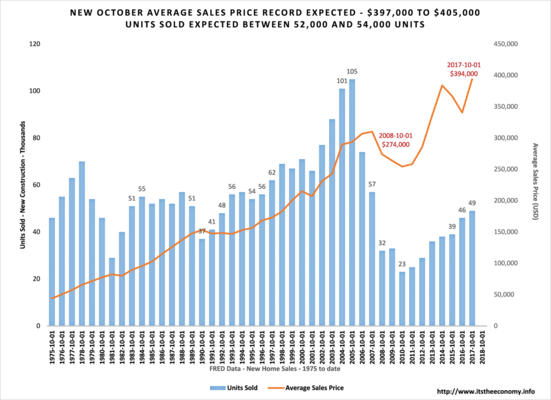