Former President Obama lampooned candidate Donald Trump's plans to create more jobs, and an environment for creating more jobs, after he took office. Obama said that some jobs were gone "forever." Pundits were proclaiming doom and gloom should candidate Trump win the election. Obama, during the past week has been saying that this jobs creation under President Trump is the ex-President's economy, not the Trump Economy. Then we received President Trump's 21st jobs report. This column has already produced the following articles regarding the Jobs Report Data from October:

Mr. Obama won the workforce population growth battle, for now. Mr Obama oversaw the addition of 4.598 million potential workers to President Trump's 4.432 million workers. Remember that during Month 96 of Mr. Obama's time in office that there was a downward revision to the workforce population which allowed Mr. Obama's participation rate to tick higher during January of 2017.

Mr. Obama saw a creation of 6.408 million private sector workers or 7.115 million non-farm payroll workers. He saw mining and logging drop by 21,000 workers. His largest gains were in:

President Trump has added 6.760 Million private sector jobs or 7.360 million non-farm payroll jobs since taking office.  He has seen growth in all sectors, except information technology. There have been 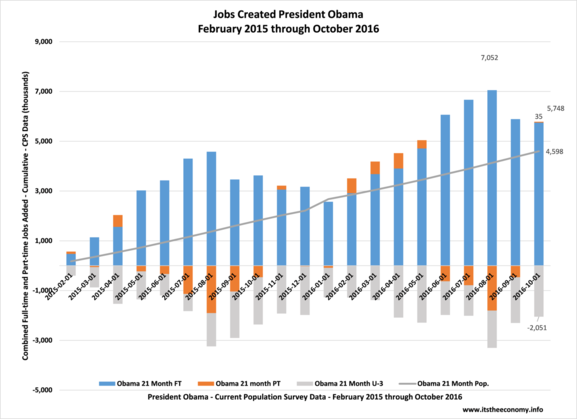 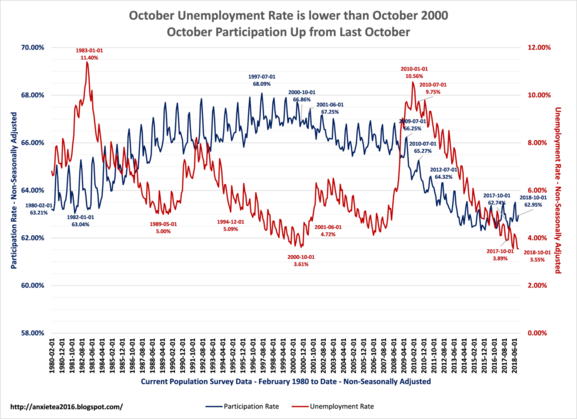 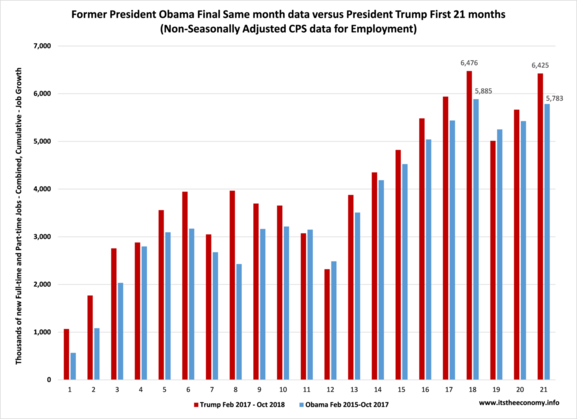 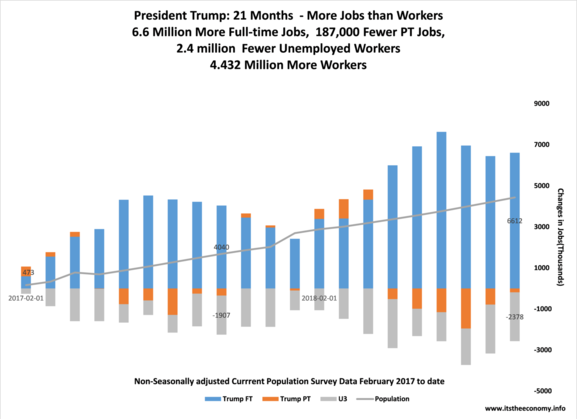