May Records for Job Openings, Quits and Hires

The JOLTS (Job Openings and Labor Turnover Survey) data trails the Jobs report by five weeks. This month we received the May Jobs Report and the April JOLTS report. There have been numerous report in the media comparing the Job Openings Data to the Current Population Survey (CPS) Unemployment data. What is the real story? What was reported?

We have an interesting situation w here we have a high "churn" rate where we have  more hires than separations, 6.369 million to 5.383 million. The highest levels of job openings, hires, quits and separations in the same for sectors: EHS, TTU, PBS, and L/H. Quits were up month to month and April to April in Manufacturing, TTU, IT,FIRE, L/H, Other Services, and Government. Normally when we see an uptick in separations it is due to layoffs or separations, not because of an elevated level of quits. Part of the growth in job openings, hires, quits, and separations is due to the size of the workforce. We have a record level of workers (CES) and Jobs (CPS.) JOLTS compares well with the CES data. The CPS data is where we find the unemployment data. All of these surveys have different sample sizes and different margins of error. We might as well compare the job openings with the Continuing Unemployment Claims recipients. We would have almost a 5:1 ratio of openings to continuing claims. We may see employers elevate wages in EHS, TTU, and L/H in order to reduce the churn rate.  Will we see the same pattern of openings, hires, separations and quits during the month of April reported next month? More records? 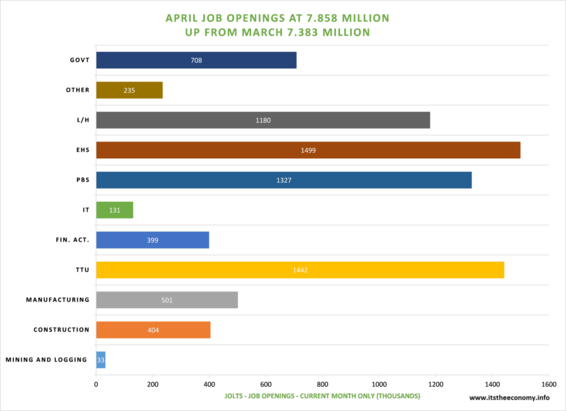 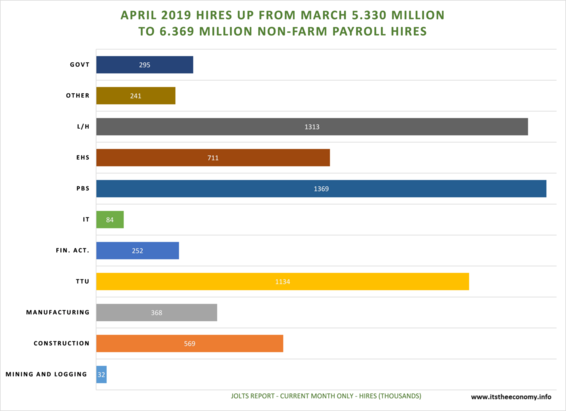 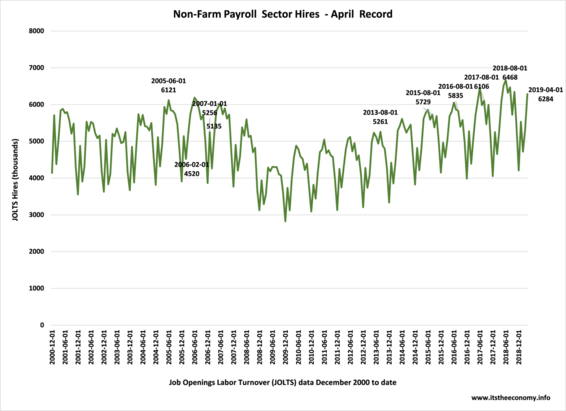 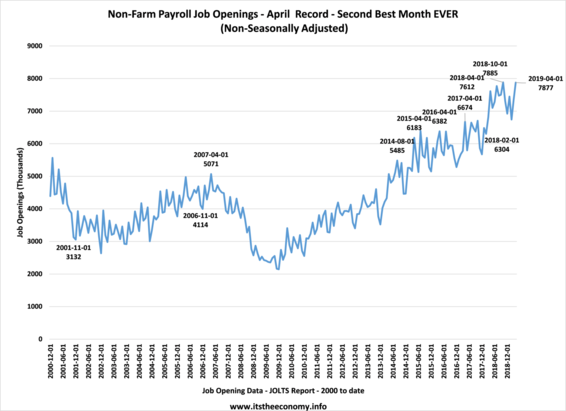