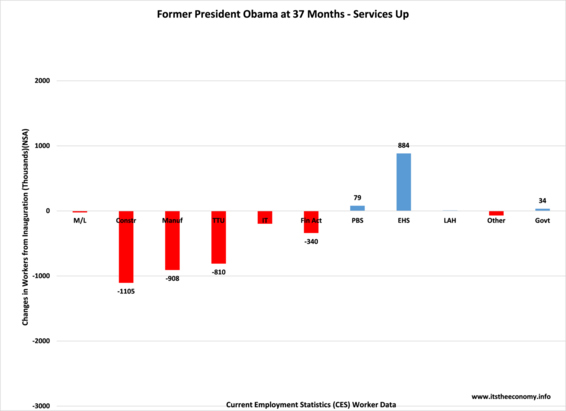 It happened again this Month

The Month to month data for the CES Private Sector was pointing to strong non-seasonally adjusted growth. The data indicates that we could expect 0.31% to 0.39% growth this month. All Sectors were expected to record non-seasonally Adjusted February to February Growth except Trade, Transportation, and Utilities.It was thought that  we could see 1.62% to 1.74% growth February to February. It was said that we needed to watch the seasonal factors The overall seasonal factor has been dropping for decades.  The Current Population Survey data was pointing towards large gains in full-time jobs, part-time jobs, and participation, even as unemployment fell. This and more was covered in "Feb. Jobs Report: Covid-19 Proof."

We recorded a month to month growth rate of 0.35% or 228,000 Private Sector Workers added. The talking heads were anticipating 175,000 positions to be added this month.  This growth rate is better than February 2019, and it is better than February 2015 and February 2016.  The annual February to February Growth rate was 1.65%. All of this was better than expected or within expectations.  The seasonal factor edged up a little bit from last year. If we used last year's seasonal factors then this year we would have only added 187,000 private sector workers. If we used the February 2016 ,seasonal factor then we would have reported 354,000 seasonally adjusted private sector workers added. This, and more, was discussed in "Feb. Jobs Report: Up Big League."

We have a record level of February Workers this Month. That could not always be said during the prior administration.  We lost 11.387 million non-seasonally adjusted (NSA) Current Employment Statistics (CES) workers between July 2007 and January 2011. We have 9 million more workers than we had during the peak pre-recession month of July

2007. We have 1.939 million more NSA CES workers this February than last February. This is important because "all" recessions are jobs (worker) recessions.

Every Sector has added workers under President Trump after 37 months in office. This has not been the case with former Presidents Reagan, Clinton, George W Bush, or Obama.

The only two sectors that grew under all five Presidents after 37 months in office are Education and Health Services (EHS,) and Leisure and Hospitality (LAH.) This will be discussed in more detail in the "Five Presidents at 37 months" article.

This jobs report was remarkable. There was a lot to say. There is still much more that needs to be said. This report bodes well for the rest of the year. We have had strong back to back jobs reports. We may see an influx in manufacturing workers as inventories are drawn down. We may see a surge in construction as interest rates tumble. This data was better than was reported. The next report will explain how well President Trump is doing compared to his predecessors. 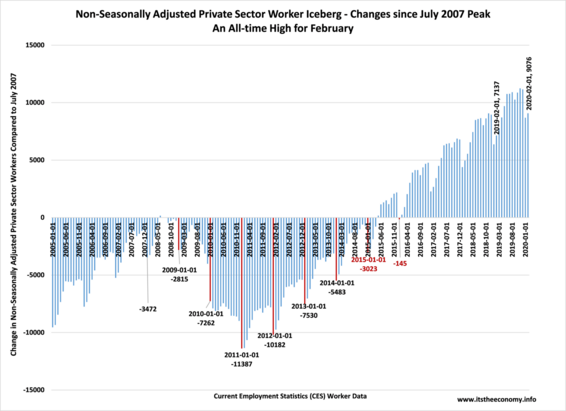 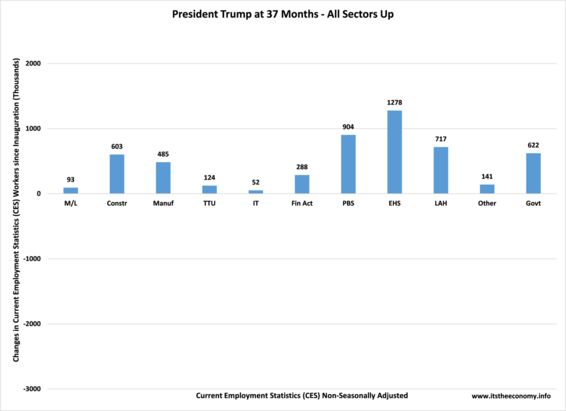 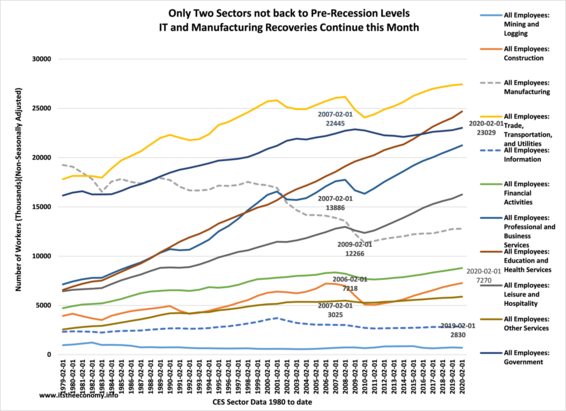