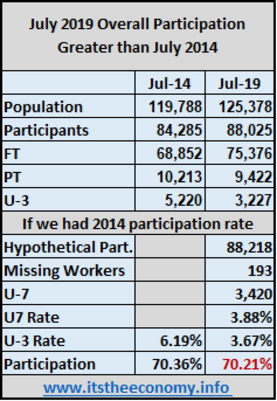 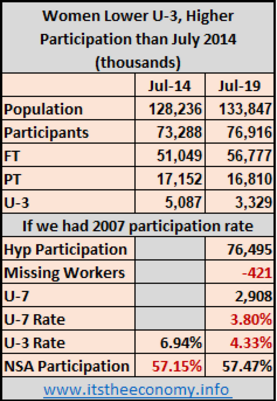 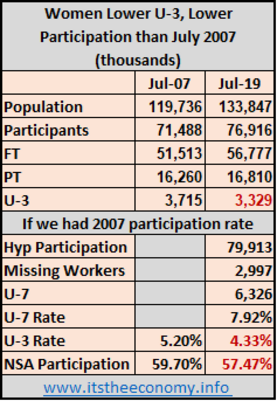 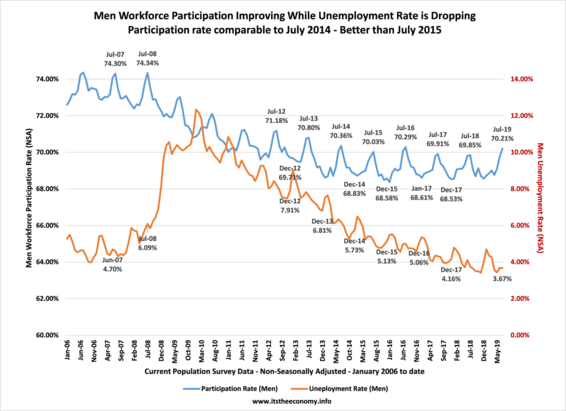 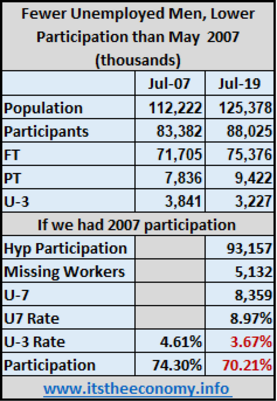 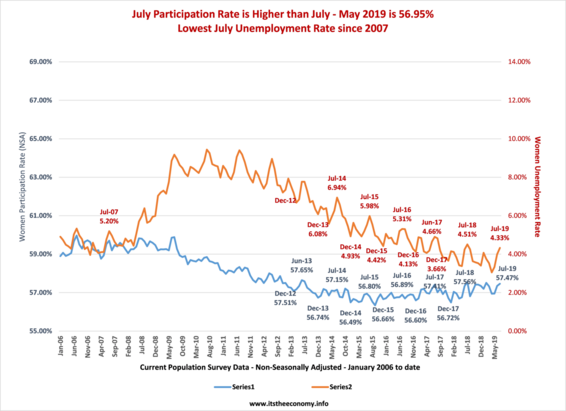 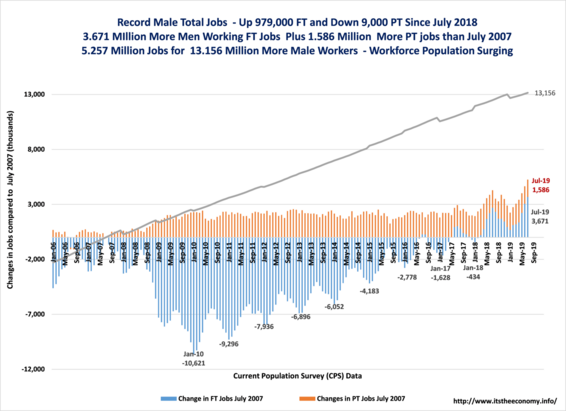 How are Men and Women doing in the Economy?

Last month was the best month ever for men and women workers. Women saw fewer full-time job losses than men during the recession. Women recovered from their job losses faster than men. What is the story this month?

This was the best July ever for women. It was not quite the best month ever, as it was for men. There were 133.847 million women in the workforce population with 56.777 million working full-time jobs, 16.810 million working part-time jobs, and 3.329 million unemployed women. This means that there are more women in the workforce population than men, and that women work more part-time jobs than men and fewer full-time jobs than men.

Women are working more dual jobs than men. That is not the whole story. There were:

This is not the entire story either.

We had a record level of July multiple job worker. There were 8.310 million people working multiple jobs this July. The record for the month of July was 8.053 million during July 1997. The last time we were at 8.3 million was November 1998.

A second job is the ultimate form of Unemployment Insurance. If a person loses one job then s/he still has another job. Tomorrow we receive the weekly unemployment claims data. We have had eleven weeks this year with the non-seasonally adjusted first-time claims number under 200,000. The trend should be for lower levels of first-time claims through September.

Unemployed workers versus Weekly Claims versus Job Openings. Yesterday we received the JOLTS job openings data for June. Don't conflate Job Openings with Unemployed workers or Continuing Unemployment Claims data. The data used for unemployed workers is from the Current Population Survey Data (CPS.) The headline worker data is from the Current Employment Statistics Survey (CES) Data. The JOLTS data is comparable to, and still different from, the CES data. The weekly claims data is yet another different data set. All of these data sets have seasonally adjusted (SA) and NSA data components. The seasonal factors used to convert the NSA data to SA data change by data set, by month, by year. Is the data raw (NSA) or ripe (SA.) Are you comparing An Apple (CPS,) with an Orange (CES,) with a Grapefruit (JOLTS,) or a pear (Weekly Claims?) That is how different these data sets are when compared to one another. 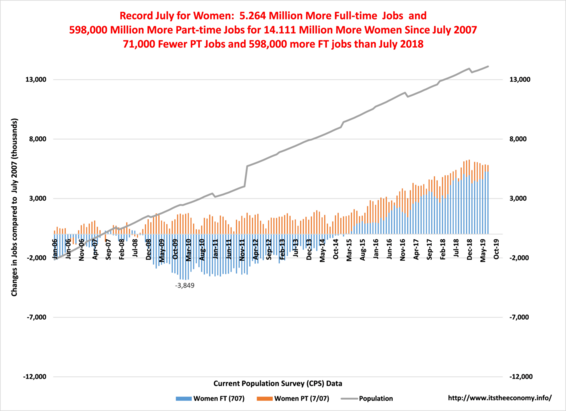