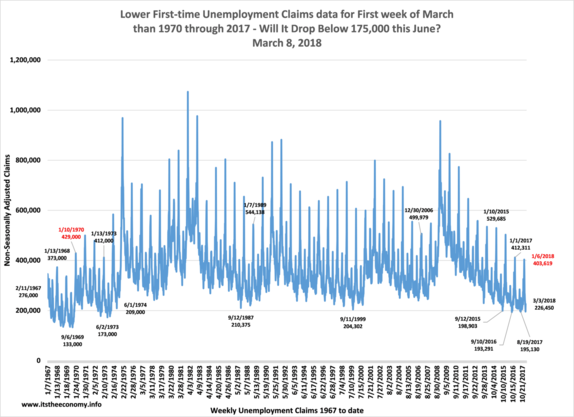 The unemployment Benefits Program began during January 1967 with fewer than 53 million covered insured workers. The number of people now "covered" exceeds 141 million people. The data that is the headline number is the seasonally adjusted (SA) first-time-unemployment (FTU) claims data. This number is based on the non-seasonally adjusted data. The seasonal factors that are used to compute the SA FTU number change week to week, month to month, and year to year. The same is true for the non-seasonally adjusted (NSA) continuing claims (CC) data. The continuing claims data lags the first time claims data by one week. One of the economic urban legends of the Obama administration is that we have had over 100 consecutive weeks of under 300,000 SA FTU. T.he truth is that the most recent streak began after Thanksgiving 2016. The current level of NSA FTU claims has been at near record or record low levels for the current week of the month for an extended period of time.

You may not have heard this same exact story because the authors of the report and the mainstream media like to focus on the seasonally adjusted data. If the same seasonal factors were used during 2018 as were used during prior years then we could be reporting SA FTU values under 200,000. What happened this week?

The Seasonally adjusted value could have been reported under 220,000. If you are going to compare seasonally adjusted data then use the seasonal factors from the time period with which you are making the comparison. If we used the same seasonal factors that were used during the late 1960s and early 1970s then the SA FTU would have been reported as low as 214,000 claims. We have a lower SA FTU value than any first week of March data for the 2000s and and the 2010s.

The Continuing Claims data dipped. This makes sense after four consecutive weeks of record low first-time claims data. The data for February 10th was revised lower from 2.261 million to 2.260 million claims. The data from February 17th were revised slightly higher from 2.255 million claims to 2.258 million claims. This week the continuing claims level dropped to 2.227 million claims. The NSA CC value can give us a glimpse as to what to expect in the NSA U-3 unemployment level. The data received from the week closest to the 12th of the month indicates that the NSA U-3 level should fall, and that the U-3 rate should drop significantly if the NSA full-time jobs number and the NSA PT job number jump as much as expected.

The unemployment claims data today was remarkable. The data was remarkable. Even though the data jumped a bit from the data received last week, the first-time unemployment claims data is near 50 year lows for this time of year. The continuing claims data tells a similar story. This is all the more remarkable because we have 141 million covered insured right now compared to the roughly 53 million covered insured back during the early 1970s. We have more people working and we have more full-time jobs than we did back then. This column cut its teeth attempting to forecast what was going to happen with regard to unemployment claims. There was a bit of a curve ball thrown when the number of part-time jobs surged, as part-time employees do not qualify for unemployment benefits. The surging number of people working two jobs also skewed the data lower than would have been projected.  People who lose one job who still have another job do not receive "lesser employed" insurance. We had a record level of January workers working two part-time jobs. We saw the second highest January level of people working multiple jobs. The jobs forecast from this column projected that we should see a spike in the number of people working two part-time jobs during February. It is also possible that we will see an uptick in the number of people working a full-time job and a part-time job. Tomorrow will be interesting.

Tomorrow will be fun - so will next week. Watch the twitter feed for snapshots of the data. There will be posts for the Household data, or CPS jobs and unemployment data, and the Establishment Data, or CES worker data. There will also be snapshots of the unemployment data and the multiple job data. The first article will look at the CES and CPS data for jobs, unemployment and participation. Next week multiple articles will be written regarding the "Five Presidents" at 13 months, the "War on (Wo)Men" article, the "Red, Gray and Blue" aging workforce article, and the Sector data, as well as the multiple job worker data. 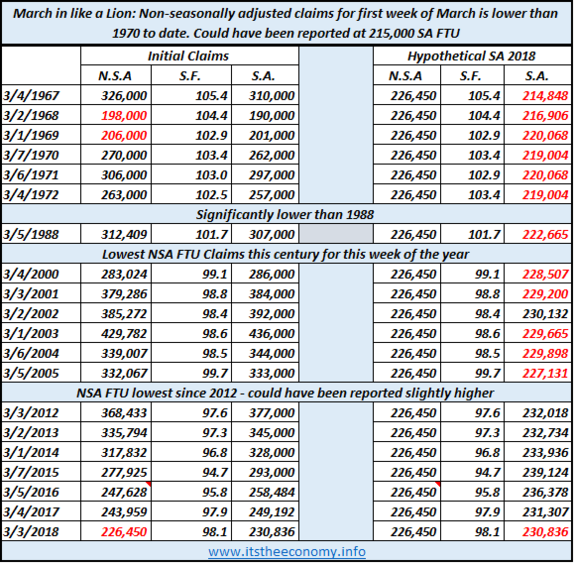 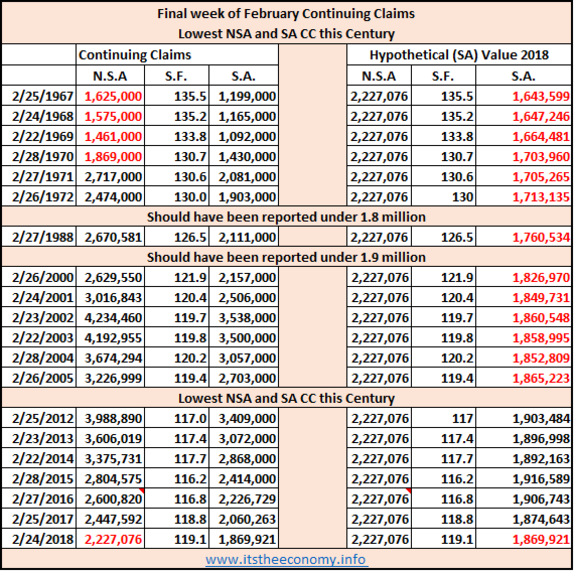 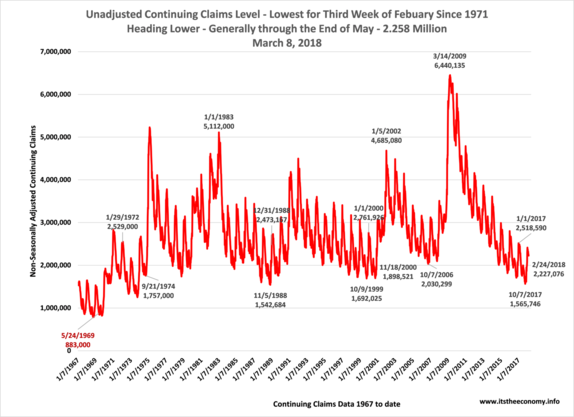