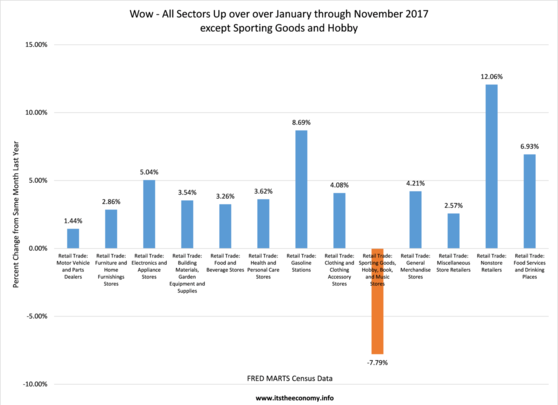 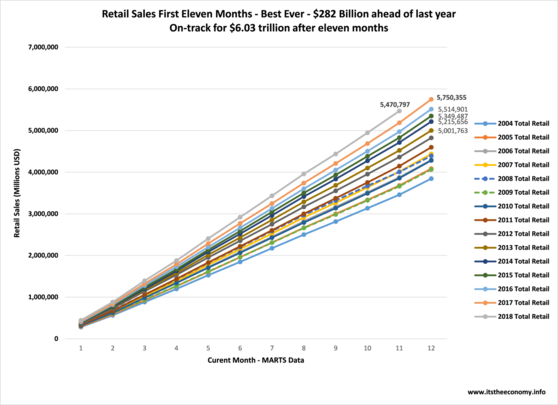 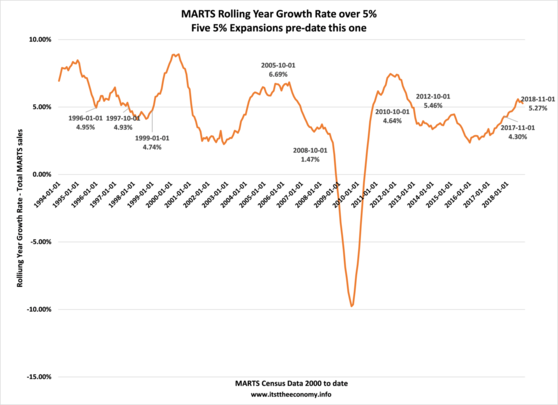 The level of retail sales have been on a record pace all year long. Last month was the first time that we ever recorded over $6 trillion in total retail sales during a 12 month period of time. This should be the first time that we record a $6 trillion total sales year at the end of the year. This column produced a forecast article titled "November Retail Forecast: All Registers Ringing" in which it was projected that we would see:

We saw Non-Seasonally Adjusted Month to Month growth in  seven sectors. The largest growth, month to month was in EAS, NSR, SGHBM, CAC, and GM. We did see month to month drops in BMGE, GASS, Motor Vehicle and Parts (MVP,) Miscellaneous (MISC) sales, and Food Drinking Places (FDP). We saw same month growth in all sectors except SGHBM, as expected,

We saw Seasonally Adjusted growth month to month, in all sectors except GASS, BMGE, CAC, and FDP.  We saw growth in HPC, SGHBM, and F/F even when we were not expecting it to occur. We saw seasonally adjusted same month growth in all sectors.

The data was remarkable. It could have come in as low as $499 billion in total sales or as high as $530 billion. We hit $524 billion. Growth remains over 5%. We are on track for $6 Trillion end of the year sales for the first time ever. Last month the RY data was $6.007 trillion. This month it was 6.032 trillion.  Cash Registers are ringing.