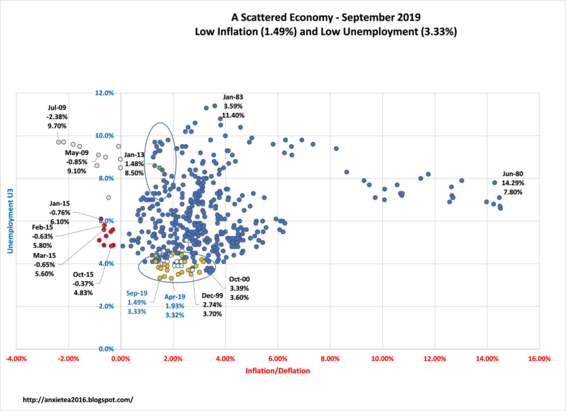 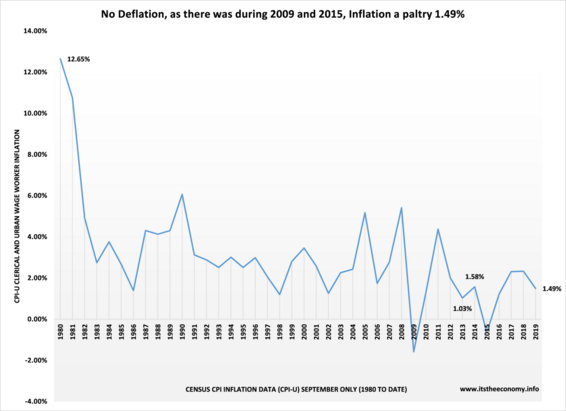 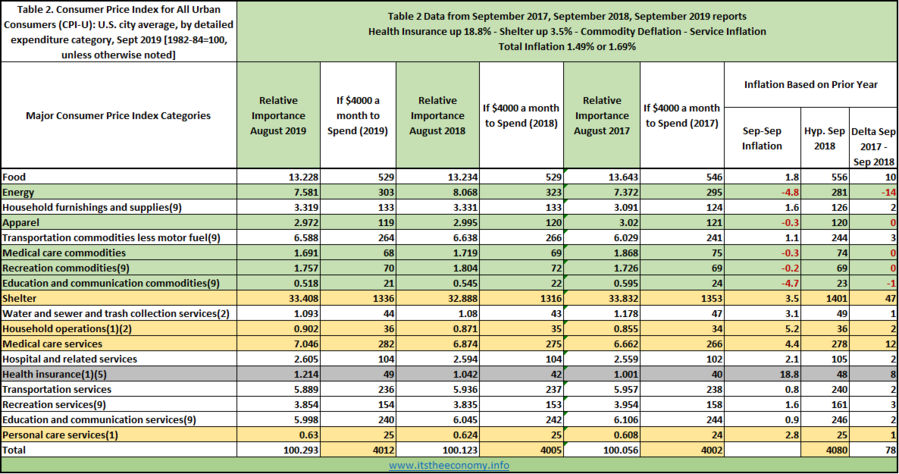 If we are experiencing Health Insurance Inflation and

Nobody Reports it, is it really happening?

years. Shelter inflation, rent or the "rent equivalent" have been stuck around 3.5% for a protracted period of time. This year the unsung story is Health Insurance Inflation.

Energy Costs dropped the most of all the categories this month. Energy costs dropped 4.8% this month. Where are the talking heads talking  that were promoting the savings during 2015 as a good thing? Remember the "Gasoline Stimulus?" This year we are having an energy stimulus, and Education and Communication Commodity stimulus, a Clothing (Apparel) Stimulus, a Medical Care Commodities Stimulus, and a Recreational Commodities Stimulus.

We are seeing inflation in Shelter, Services, and Health Insurance. How is the 18.8% Health Insurance inflation being ignored? We are also experiencing Shelter Inflation, whether it is rent or the "rent equivalent of home ownership." Personal Care Services are up. Recreational Services are up. There was no reference to this in the report. This is not what was found in the Kaiser Family Foundation Report. (See "Kaiser Study: Single Coverage vs. Family Coverage.")

We are not in a deflationary death spiral. We had deflation during 2015. The CPI-U index was lower January through October of 2015 than it was during January through October of 2014. We have had inflation lower than it is right now many time since 1980. Normally it was accompanied with high levels of unemployment.  When the CPI-U was 1.48% during January 2013 the unemployment rate was 8.50%. This September it was 1.49% and 3.33% respectively.

The Phillips Curve is not broken. The way we calculate unemployment may be broken. If you reference the "Five Presidents" article you will find that the effective unemployment rate is 8.47%. This coincides well with the January 2013 U-3 value. The U-7 during September of 2013 was 11.87% (Based on September 2000 Participation.)

This was a good report. Last month the headline was "What Tariff Inflation?" This month it could have been "What Deflation Death Spiral?" Wages were up this month. Inflation was down. This is part of the recipe for a continued expansion.