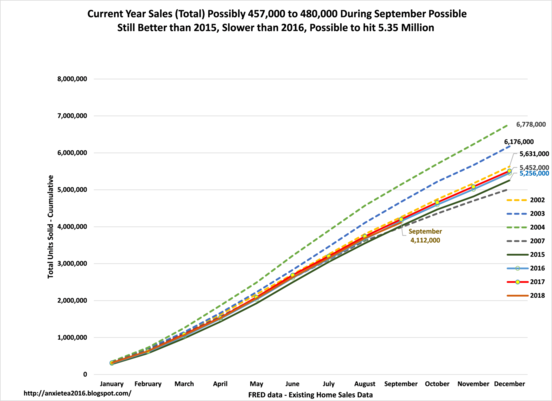 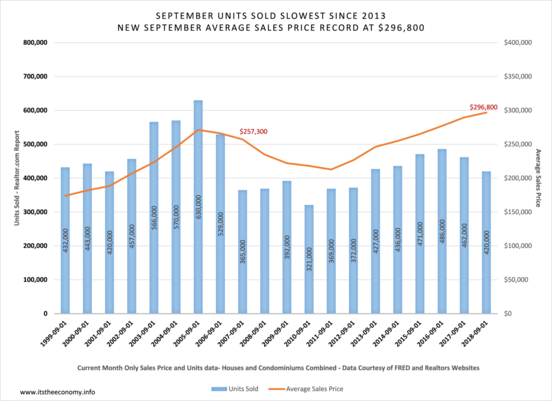 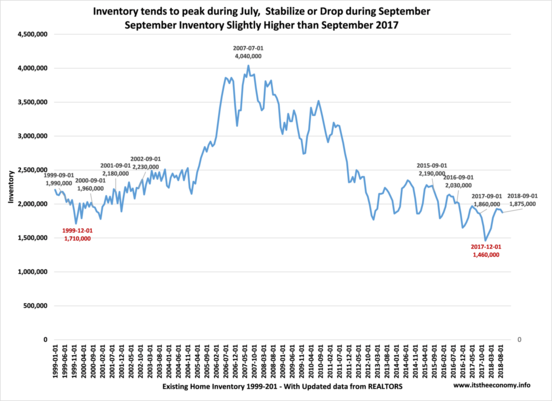 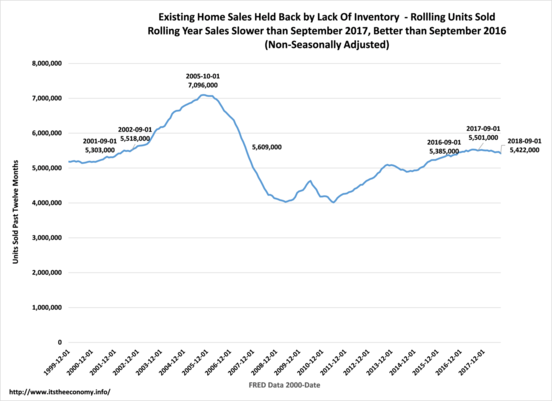 The September Real Estate forecast article also projected that we should see total units sold fall between 460,000 to 480,000 units, based on the current year data, the month to month data, the trailing year data, and the same month data. It also projected that we would set a new September Average Sales Price record between $298,000 and $301,000. Remember that anything above $289,600 would be a record for the month of September. The big question for the units sold was what would we see as the inventory number. Inventory was expected to drop below the 1.92 million units we had during August, as it normally falls during September. It was also anticipated that it should be higher than last September's 1.86 million units. What was recorded and was was report in the National Association of Realtors article "Existing-Home Sales Decline Across the Country in September?"

Overall, the report had some good news, year over year increases in the average sales price and the inventory, and a disappointment in the number of units sold. Remember that all real estate is local. Real estate sales are based on price, location, condition, and the motivation of the buyer and the seller. Location means city, village/town, school district, neighborhood/condominium co-op, square footage, age, amenities. Consult a Realtor to determine the status in your market place and your price range. Everything matters.

The Single Family Only data can be found here.

The Condominium and Co-op data can be found here.

The Combined Condominium and Single Family data can be found here.