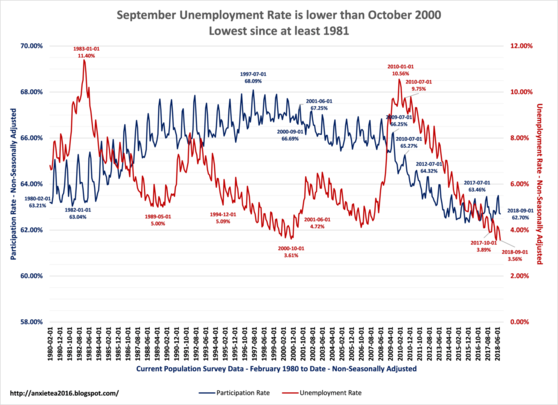 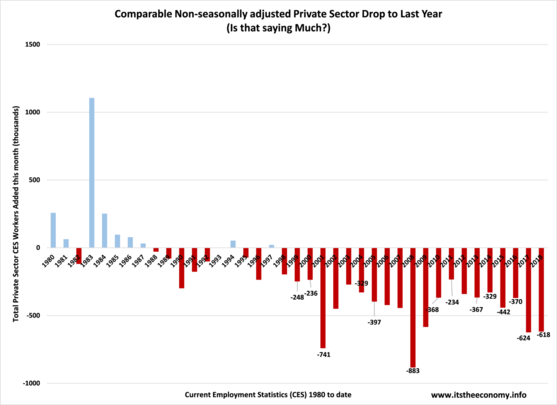 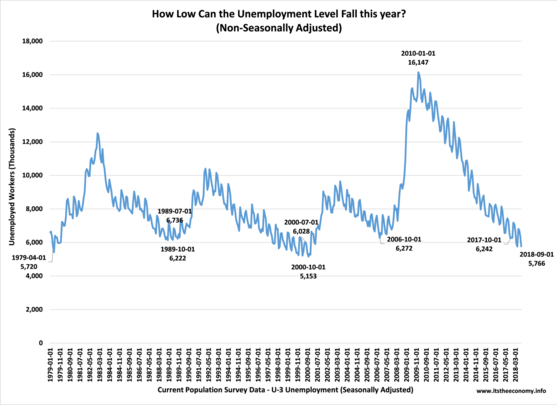 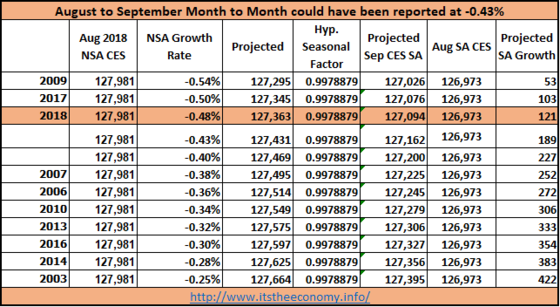 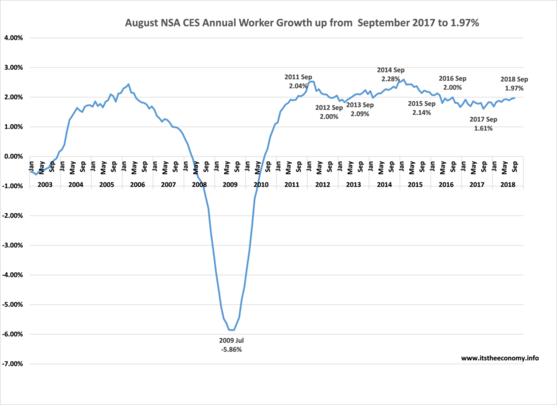 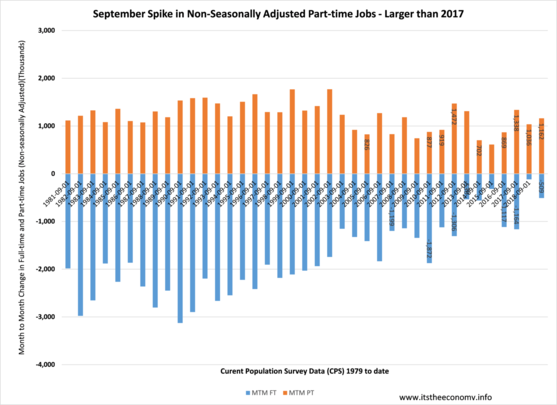 The September ADP Payroll report showed a strong spike in month to month growth and a strong bump in September to September growth. The details were within the article "September ADP Strikingly Good."

The Headline Number was disappointing - the data was very good. The headline number was that we "only added" 121,000 SA CES private sector workers. Hidden in the data was the fact that the data from July and August were revised. The net revisions to the August data mean the August NSA CES was revised up by 69,000 private sector workers and the SA CES workers were revised up 34,000 workers. This upward revision means that another 34,000 were actually added to the payrolls, net-net, this month so that number could have been 155,000. This is still not very strong. It is still better than last year. It also could have been reported at 189,000 workers based on the 0.43% growth rate from August to September, pre-revisions.

The Rolling Year growth, the growth during the past 12 months, even after the January revisions, is 1.97%. Remember that we had a upward revisions to the 2016 and 2017 data that "borrowed" over 400,000 workers from the January data. These revisions meant that the growth in the economy was reported slowing when it was really growing.  We have  been over 2.00% many times since 2003. We have been under 2.00%, roughly, since September 2014. This growth rate compares well with the ADP payroll growth recorded/reported this Wednesday.

The September Jobs Report was really quite good. We saw a huge spike in part-time jobs. We saw a drop in non-seasonally adjusted workers. This is the difference between the two surveys. Unemployment is down, participation is improving. The drop in 1.13 million FT jobs and unemployed workers was offset by the increase of 1.16 million part-time jobs. The workforce population popped by 224,000 workers. Not as much job growth as population growth means that the NSA participation rate ticked down slightly. We added 459,000 combined SA CPS jobs for 224,000 workers and dropped 270,000 SA U-3, so we only added 189,000 participants for 224,000 workers. There is more to the report than the headline number.