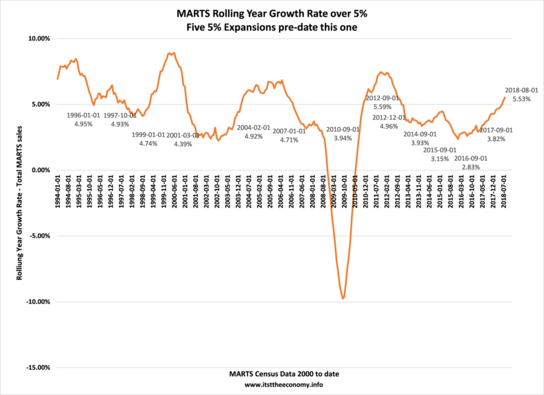 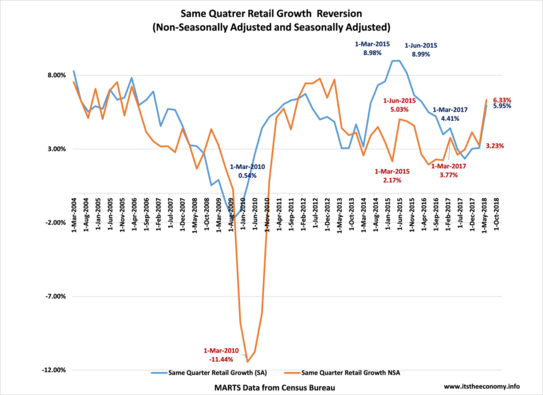 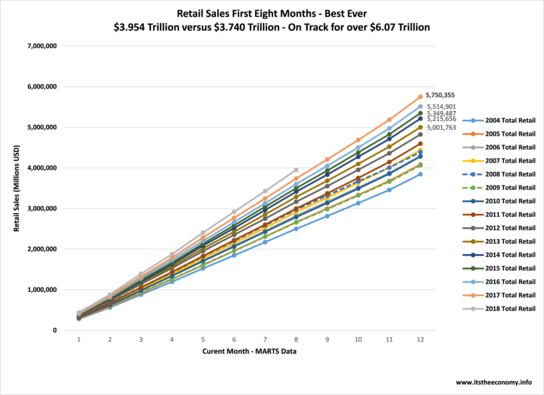 The Retail Renaissance is Real

Same Month Growth has been over 5% six out of eight months this year. Same month growth has been up by 6% or more three times this year. We are heading into the holiday season, and we are coming off record high levels of July, August, and September Full-time Job levels, non-seasonally adjusted. Wage spike this past month. Expect September to September growth in all sectors, non-seasonally adjusted (NSA)or SA. The largest gains should be in Non-store Retail (7-10%,) Motor Vehicle and Parts (6-10%,) Building Material and Garden Supplies (4-8%,) and General Merchandise Sales (2-6%.)

Expect good news next week. The Sporting Goods (SGHBM) and Electronics/Appliances (EAS) sectors have been lagging during this recovery and expansion. We saw some spark of hope in EAS earlier this year. It may continue this month. Watch the current year, January to September growth, NSA. A 5.8% rate for total growth is possible. Behold the Retail Renaissance.