September  Starts, Units under Construction, and Completions at 11 year high

This week this column produced an article "September Real Estate Forecast: More Good News" examined the new construction data, the new home sales data, and the existing home sales data and made projections based upon the Current Year data (January through August,) the rolling year growth rate (September through August,) and the normal month to month and September versus September growth rates. The data indicated:

This data may sound different from what you were expecting because these figures are the non-seasonally adjusted data projections. What was recorded and what was reported?

Starts were expected to improve so that we would have more inventory to sell next Spring. The Single Family Starts hit 74,200. This is lower than projected and still the best since 2007. There was a surge in starts this past February, so there could be some backlog. The rolling year data (RY) for single family homes surged to 912,000 units, and the current year data (CY) surged  to 950,000 units. The CY data is greater than the RY data so starts are growing.

Completions were expected to pop this month as a result of the surge in Starts earlier this year. Completions increased to 111,700 units. There was a large range of expectations, from 102,000 to 128,000 units. The overlap was between 111,000 and 117,000. the rate of Completions have been slowing while the units have been growing. The rolling year data rose to 1.207 million units while the Current Year data is trending towards 1.189 million units. Both are better than what we saw from 2008 through 2017.

The new construction data was very good. We are doing better than we have done since 2008. We are still lagging a bit compared to where we were during the Bush/Clinton era, George HW Bush not "W." New Construction is important to the economy: 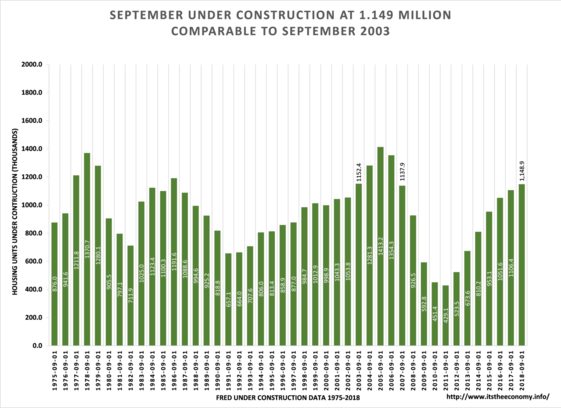 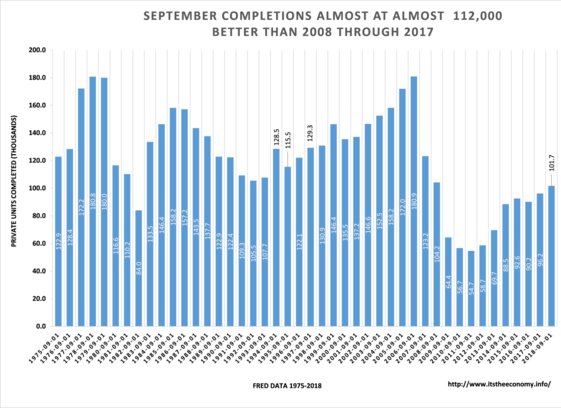 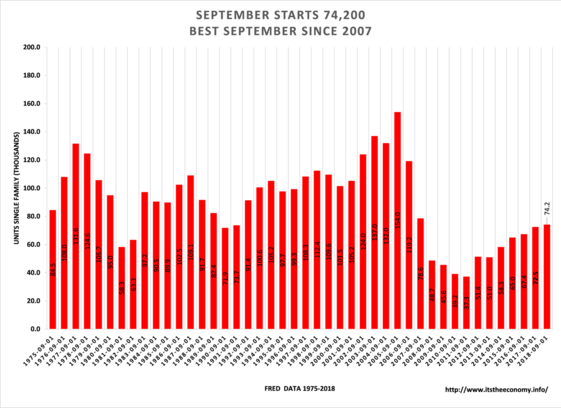