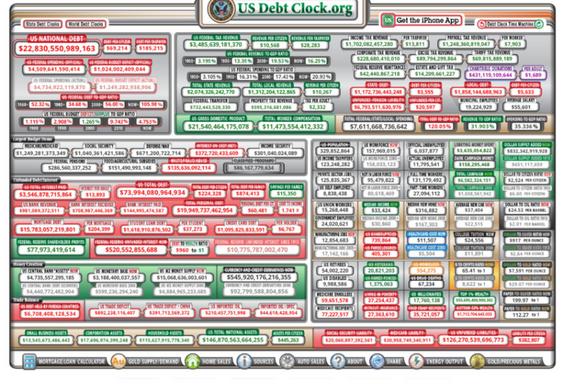 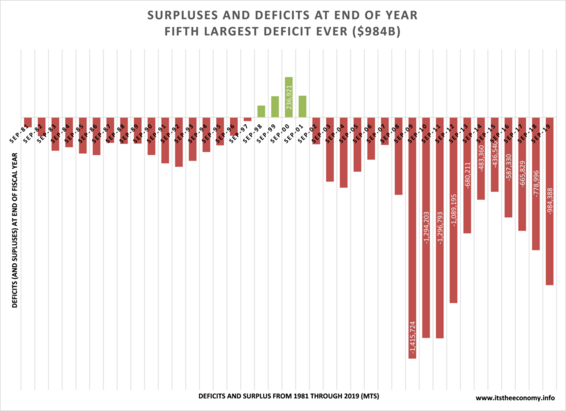 The September Treasury report was delayed due to "end of the year" issues. The headline last month was that he deficit exceeded $1 trillion. This month that deficit was reduced by a September Surplus. This surplus was anticipated. The level of spending this September was not expected. What was recorded in the September 2019 Monthly Treasury Statement?

This was not a great report.If spending had not jumped from $224B during September 2018 to $291B during September of 2019 we might have set a record for a September Surplus. The $82.8 billion surplus could have been $100 billion to $150 billion. We do not have a revenue problem. We have a spending problem. Off-budget surpluses are still being used to reduce on-budget deficits. That doesn't sound very "off-budget." There has been a considerable amount of hyperventilating by talking heads that revenue was down this year, until revenue was up this year. There was more hyperventilating that Medicare/Medicaid and Social Security were going to run our of money until receipts exceeded outlays.  We still have to pay attention to both "entitlement" programs.

Every October we will start  start $570 billion in the hole, or more due to interest on the debt. We need to pass budgets, reduce spending, and reduce the deficit until we have annual surpluses, not just monthly surpluses. We need to run annual surpluses of $1 trillion a year for thirty years to pay off this debt.