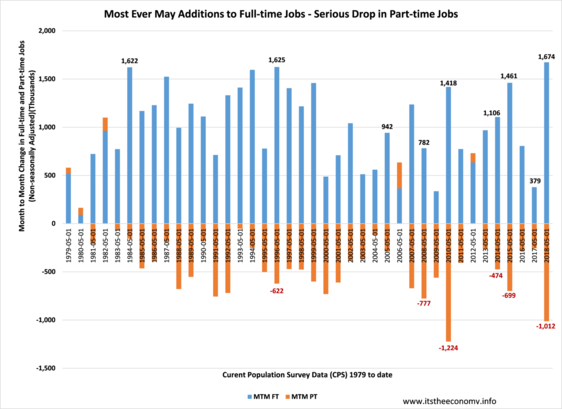 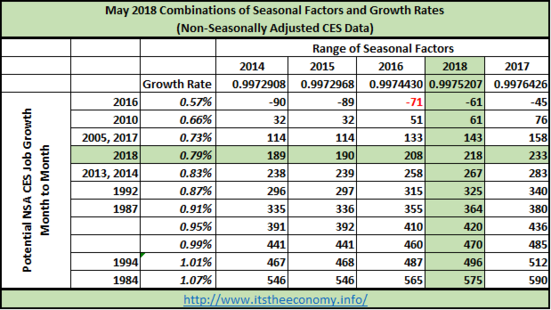 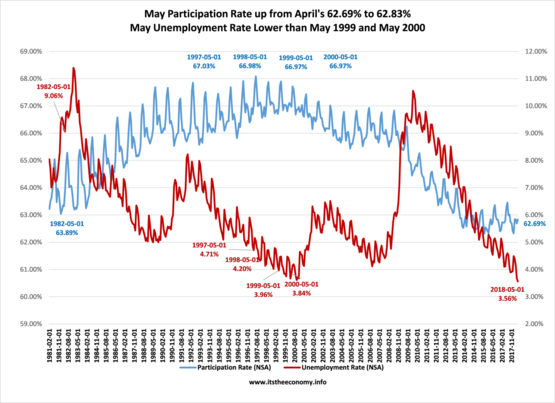 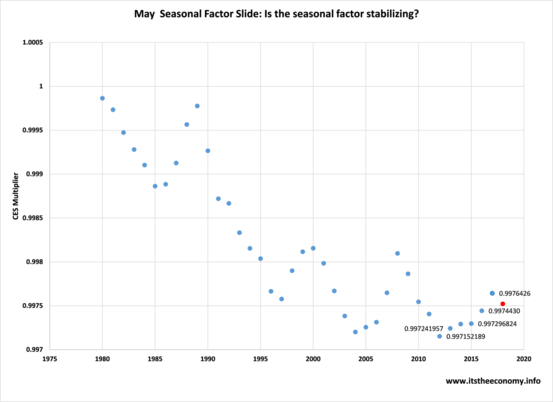 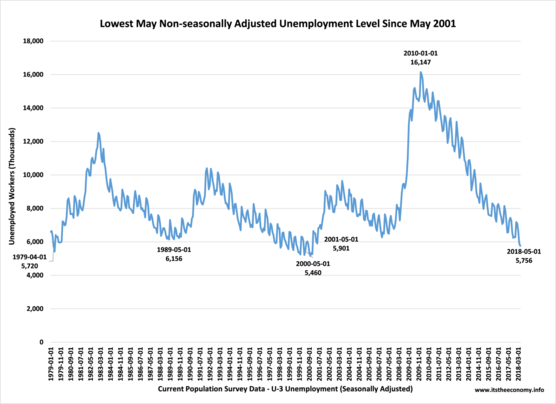 The Monthly Employment Situation Report, or Jobs Report, can be a market mover. There are so many components of the report that need to be observed.

May Unemployment Level is Lower Than May 2001. This month we saw the non-seasonally adjusted U-3 unemployment level fell from 5.932 million to 5.756 million. This was on the low side of what was expected based upon the weekly continuing claims data. This level is lower than it was during May 2001 and almost at the level recorded during May 2000.

Private Sector Workers Joined the Workforce more than any May since 1998. There were 991,000 non-seasonally adjusted (NSA) Current Employment Statistic (CES) Private sector workers who joined the workforce this month. We have had over 900,000 workers join the workforce during May 2013, May 2014, and May 2015. The last time that the May number was recorded this high was May 1998.

The Seasonally Adjusted CES data was significantly better than May 2017 and seriously solid compared to May 2016.  Remember from the forecast article that the May SA CES Private sector number went negative  with the release of the June 2016 Employment Situation Report. Even after all of the revisions made to the 2016 and 2017 data the "best" that they could get for May 2016 was 20,000 SA CES private sector workers added during May 2016. This year we added 218,000 SA CES workers.

There is a ton of data yet to be examined in future articles. WE saw a drop in the number of people working multiple jobs. The Multiple Job Worker article will go into the details. President Trump has added almost 6 million jobs since taking office. The Five Presidents at 16 months article will cover the Job Creation data and the effective unemployment rate. How are men doing in this expansion - they had been suffering. How are wages doing - The non-seasonally adjusted wage data was not available at the time of the writing of this article, that will be addressed as soon as the "FRED" data becomes available. What is clear is that this was a seriously strong jobs report. 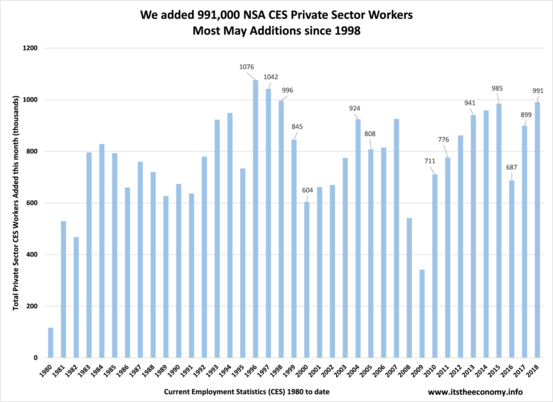 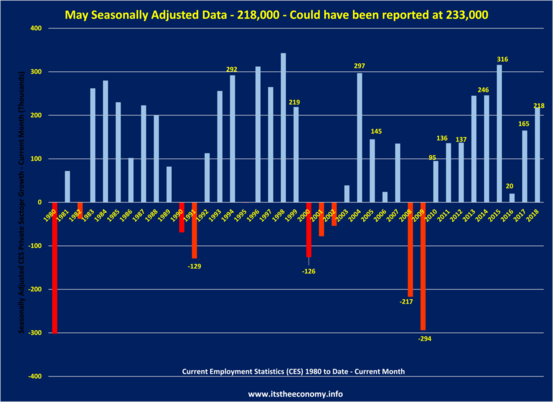 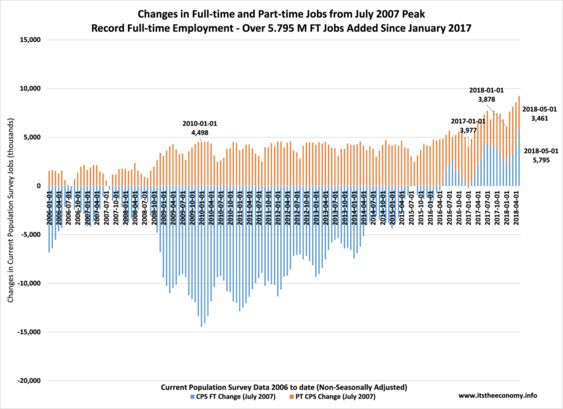