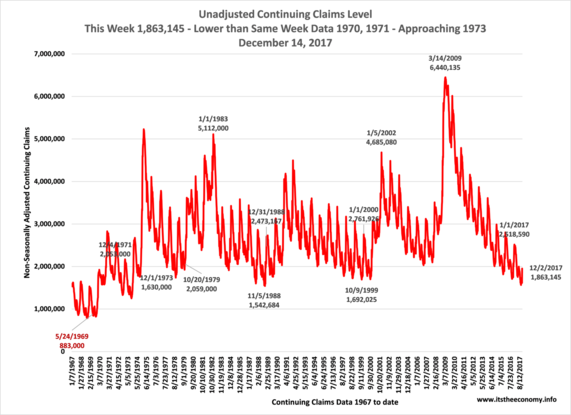 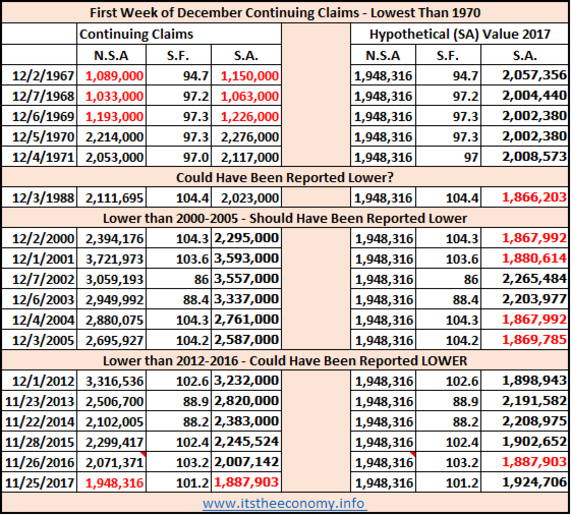 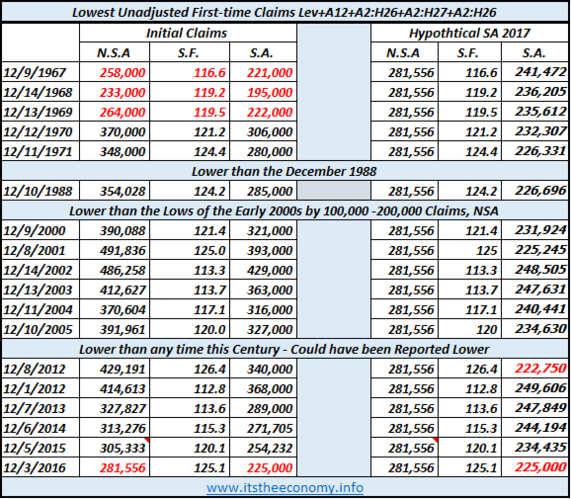 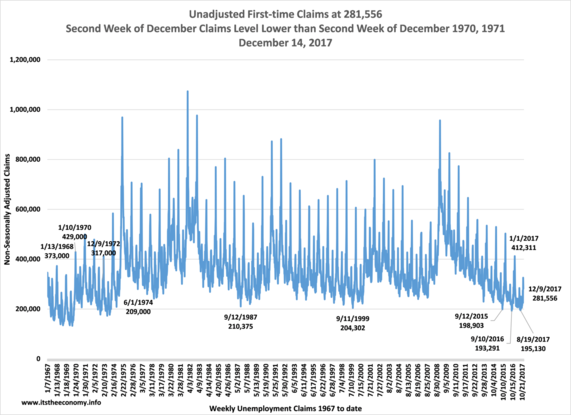 The Unemployment Claims data was released with hardly a mention. The data that is released is the non-seasonally adjusted (NSA) first-time unemployment (FTU) claims data and the NSA continuing Claims (CC) data. The data that is reported, when it is reported, is the seasonally adjusted (SA) FTU claims data. rarely is the SA CC data referenced. The seasonal factors that are used to convert the NSA data to the SA data change between categories as well as by week, month, season, and year. When data from different seasons are compared FACTs (False Assertions Considered to be True) are created. The Seasonally Adjusted First-time Unemployment Claims streak is the longest running FACT. What is Reality?

The Continuing Claims data was recorded under 2 million - Again. The NSA CC Value was recorded at 1.948 million claims. This is lower than it was during the first week of December 1970 or 1971. Only the 1973 value was lower, other than those from the 1960s while the program was in its infancy.