The Federal Debt Clock is just under $22.5 Trillion

The monthly treasury report received some attention, not much, as the Obama Administration ran up trillion dollar deficits, in part due to $85 billion a month in quantitative easing. This month there was a $8 billion deficit. On-Budget Receipts are up from corporations and down for individuals. What is the rest of the June Treasury Report story?

Individual Taxes are lower this year than last June. Last June the individual taxes were $1.305T while this year they came in at $1.301T. Combined taxes came in at 1.465T compared to 1.466T. The difference is just $1B.

It's math. The tax cuts are virtually revenue neutral. The interest on the debt is driving the overall deficit. 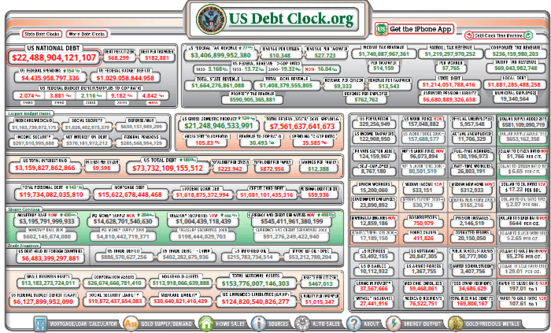