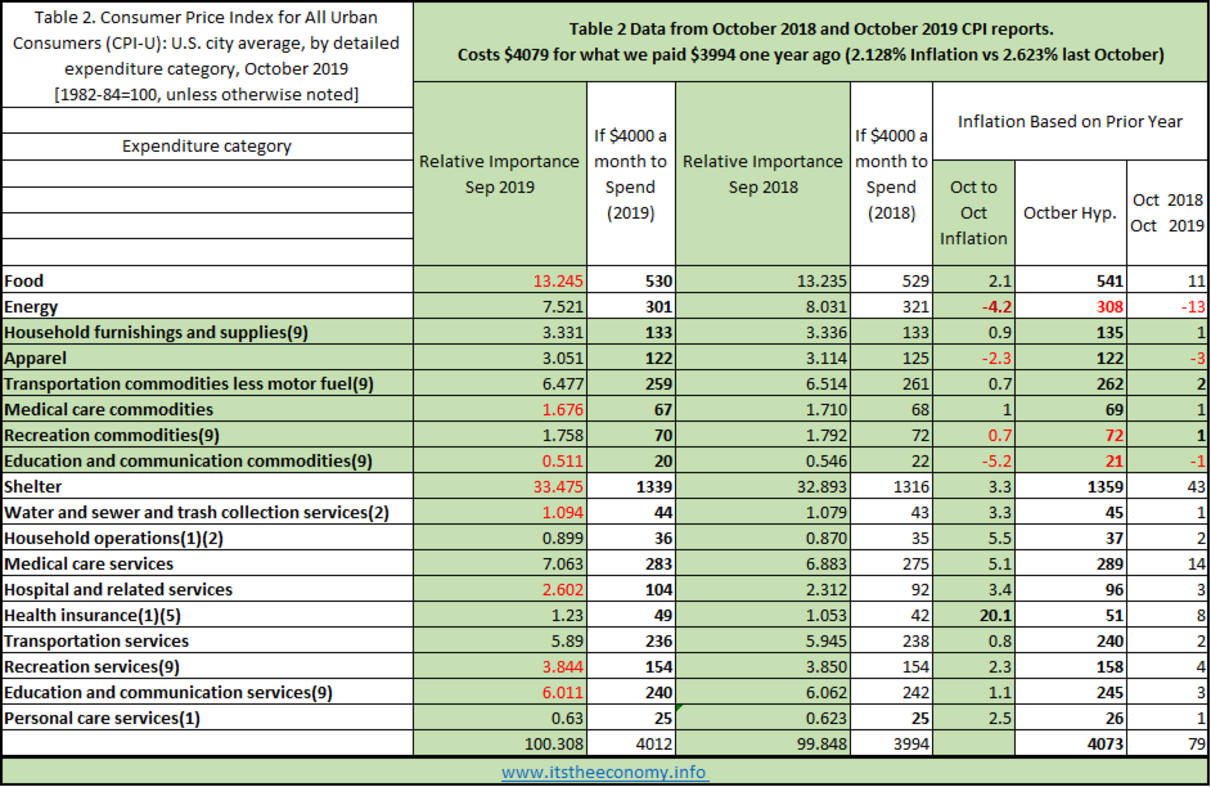 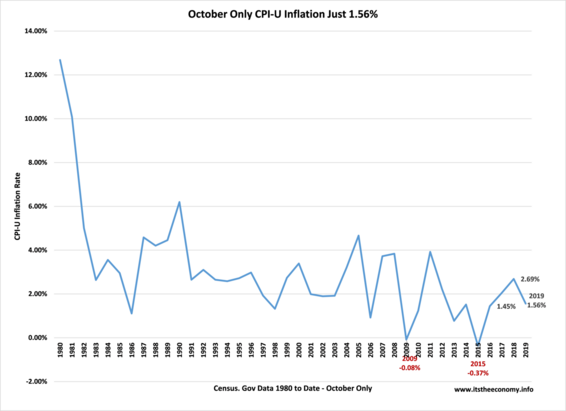 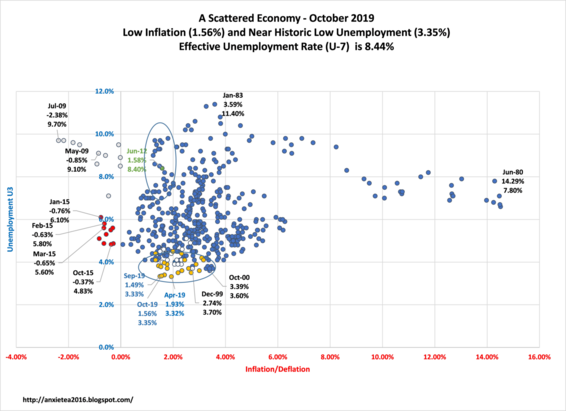 Inflation hasn't been a concern for many years. We have had commodity deflation and service inflation for years. There were some in the media that were marketing the Energy Deflation of 2015 as a "Gasoline Stimulant." The Gasoline Stimulant is back.

Energy and Apparel Deflation is Offsetting Health Insurance and Shelter Inflation. The headline October inflation value was 1.8% excluding food and energy. It was also reported at 2.3% including food and energy. The problem is that if you held the allocation of spending constant to last year the true inflation rate would be 2.13%. Another problem is that there is another CPI index known as the CPI-U or Clerical Worker and Urban Wage Earner Index which is recorded at just 1.56%.  We had 5% inflation for household operations and Medical Care Services. Hospital Services rose 3.4%. Shelter rose 3.3%. Energy expenditures dropped 4.2%.

That isn't a typo. Health Insurance Inflation is supposedly 20.1%. This does not reconcile with the Kaiser Foundation Study. Individual premiums rose roughly 4.2% this past year while family coverage rose 4.8%. The weighting has spiked from 1.05% to 1.25%.

Inflation is down from last year. The headline inflation is 1.8%. The inflation that we experience is closer to 2.1%. The CPI-U inflation is just 1.56%. All of these values are lower than last October's values.  Wages are rising faster than inflation. Wages were up 2.9% October to October, with a range of 1.58% to 7.21%. Hours are up. Total Earnings are up 4.28%.   Some inflation. Some deflation.