What matters more to you Russian Collusion or the Economy? What matters to you, talking heads or the the weekly unemployment claims data. If you own a house then new home construction data and existing home sales data may matter more to you than the Oscars.

(Feb. 26)  The new home sales data was remarkable. The January new homes sales were misunderstood.We have a new home inventory problem just as we have an existing home inventory problem. Inventory is rising for new home sales. We set a January record for the average sales price as it approached $400,000. We had our best year since 2007. It is also remarkable that the media mostly ignored the data as being "unimpressive." January was up 10% over January 2016. The entire year was up 8% over the 2016 level of sales. That deserves some remarks.

(Feb. 22) Thursday January 25th was a busy morning with the release of the weekly unemployment claims data and the Monthly New Home Sales data. We saw the lowest EVER non-seasonally adjusted first-time claims number for the third week of January.The program started during 1967. The lowest  during the past 51 years. First-time claims tend to drop from here through the end of Summer. The continuing claims data is on the decline as well.

(Feb.17) The week in review articles are often in the top ten for the month. The February 17 week in review covers a very busy week of article writing. There were forecast articles for the Consumer Price Index (CPI) data and the MARTS retail data. There were articles on the CPI report and the MARTS report. There was a forecast article for Real Estate and the January New Construction data report. There were record low non-seasonally adjusted first-time unemployment claims. There was also an article on the January Federal Budget Surplus.  There was a considerable amount of good news that was actively ignored elsewhere.

(Feb. 9) Last month this column wrote two articles regarding the data used in the employment situation report. The Current Employment Statistics (CES) data measures workers. The Non-seasonally adjusted (NSA) and the seasonally adjusted (SA) CES data was revised from 2015 through 2017 for every month of the year. There were also revisions going back into the 1990s. The Current Population Survey (CPS) data measures unemployment workers, full-time jobs, part-time jobs, and the workforce population.  The only data that appeared to be "augmented" was the workforce population number. The population number spiked more than it had all year and rebounded by the same percentage as it was reduced during President Obama's final month of his Presidency.  The Jobs report includes data on the number of people working multiple jobs.  All of the seasonally adjusted data from January 2012 through November 2017 were revised. None of the underlying SA data was revised.  "January Record for Multiple Job Workers" details how we had the most people working two part-time jobs during January that has ever been reported. The same can be said for January workers working two full-time jobs.

(November 25, 2014) That is not a typographical error. An article written during Thanksgiving Weekend of 2014 regarding the size of the Federal debt (18 Trillion dollars back then) and comparing it to a 180,000 mortgage on a 200,000 home. It calculated that there would be a cost of $117 billion a month for 360 months to pay down the then $18 trillion debt. We are mortgaging our future. It was the most read article of 2014 and 2015 on this website's sister site.

(Feb. 26) The economic impact of hurricane Irma was supposed to also negatively impact the GDP on a national basis. The article "2017 was a Good Year for Florida Workers" details how there were more people working during December 2017 than December 2016 - across all super sectors. It was also found that the non-seasonally adjusted unemployment rate was a full percentage point lower than December 2007.

(Feb. 24) A second week in review hit the top ten articles of February. The February 24 week in review covered only three topics: The Existing Home Sales Data, the Historic low level of First-time unemployment Claims for the current week of February, and the vibrant Texas sized recovery from Hurricane Harvey.

(Feb. 6)We saw improvement in ten out of eleven super sectors during January, even after massive revisions to the 2015, 2016, and 2017 seasonally adjusted and non-seasonally adjusted data between the December and January Jobs reports.

(January 25, 2016) Another blast from the past made it into the top ten articles of February. The article "Gang of 22 - Vitriol Aimed at Donald Trump - Teflon Don" broke down some comments from the Never Trump crowd in a National Review mega-article.  Some of the authors have toned down their vitriol now that Donald Trump is President. Some of these conservative writers appear to be a part of the "Resist" movement.

(Feb. 12) You would think that the national commentators are Goldilocks - the economy is either too hot or too cold. The rate of inflation is either too hot or too cold. The jobs numbers, seasonally adjusted  are too cold. They cannot pin a value that would be "just right." The article "Inflation is Okay" was released prior to the CPI report. The rate of inflation has be influenced by commodity deflation and service inflation, shelter inflation, and medical inflation.  Inflation dropped from January 2017 to January 2018 - you didn't hear that elsewhere, I am fairly certain. We will have inflation as participation improves and the effective unemployment rate falls.

You know, and I know, that "It's the economy." Jobs, Unemployment, Retail Sales, and Real Estate Sales matter to you and me. Enjoy the top ten articles of February if you missed them last month. 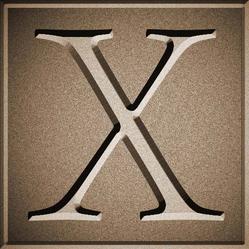