The weekly unemployment claims number, non-seasonally adjusted (NSA) first-time unemployment (FTU) claims was recorded under 200,000 claims for the twelfth time this year. The seasonally adjusted (SA) FTU claims was reported at 212,000 claims. The continuing claims data was recorded under 1.7 million claims, NSA CC, and the SA CC was reported just over 1.7 million claims. The seasonal factors used to convert the NSA data to the SA data change by category, week, month, and year.

The Continuing Claims data fell to a recorded 1,622,571. This number received very little attention. The continuing claims data lags the first-time claims data by one week. The continuing claims data last week was 1.668 million. The thing to remember here is that we are currently 220,000 NSA CC claims lower than we were during the same week last year. If we drop 220,000 claims by the first week of October then we will set a near record low for the first week of October when we drop to roughly 1.34 million claims. The last time that the NSA CC value was under 1.5 million was November 17, 1973

Will this impact the official unemployment number for August? This is the week closest to the collection date for the monthly employment situation report, or jobs report. Last month we had roughly 1.76 million claims around the 12th of the month. The two unemployment reports straddled the collection date. Not all unemployed worker receive unemployment benefits. Will we see a drop of 100,000 U-3 unemployed workers? Will we see a drop of 200,000 or 300,0000 U-3 unemployed workers? The Jobs Forecast article will look into that possibility. How low can the NSA CC fall? We had a streak of under 1.5 million NSA CC claims between 8/25-1973 and 11/17/1973.

The SA Continuing Claims data could have been reported higher, if it was reported at all. We have had lower SA CC values reported during the third week of August.  The trend is down through the first week of October. It could continue dropping through the Christmas Season.

What will it take for the media to actively cover this story? What will be said when the SA FTU value is reported under 200,000? What will be the story when we drop below 1.5 million SA CC? Will we drop below 1.3 million NSA CC? It would probably take a miracle. The media has TDS. There are many forms of TDS:

We need people to pay attention to the economic data. 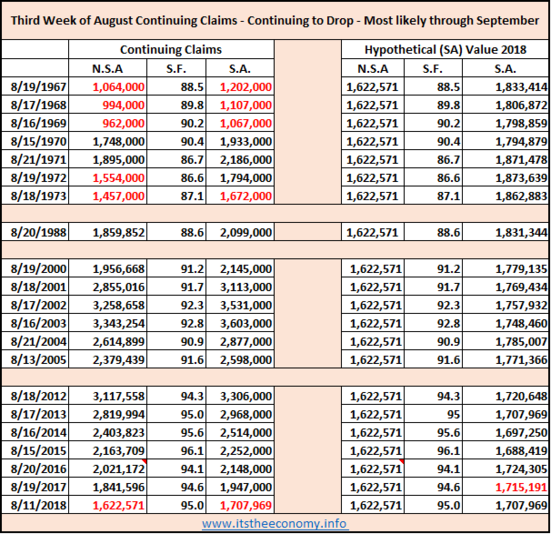 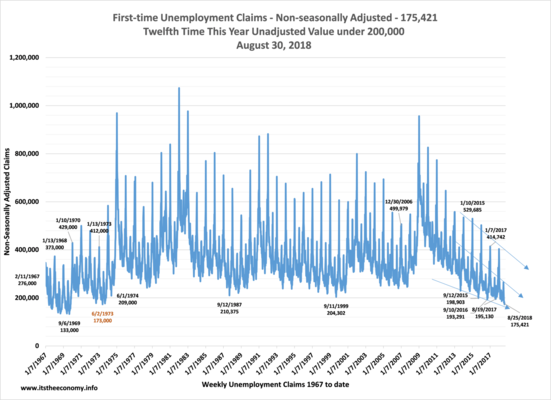 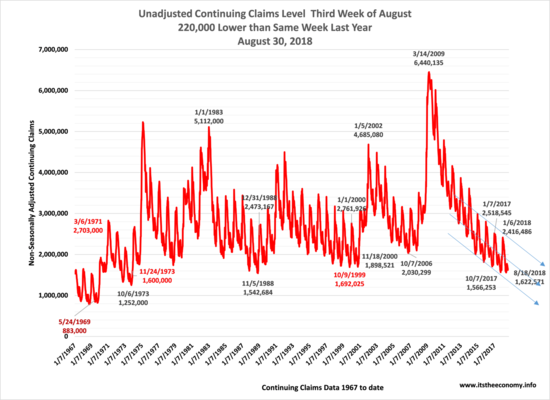 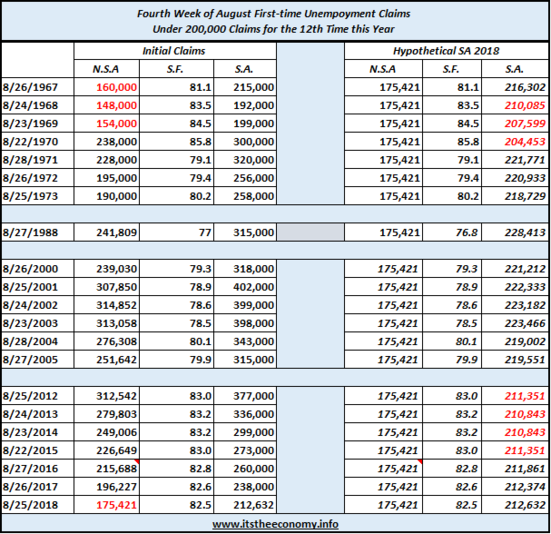