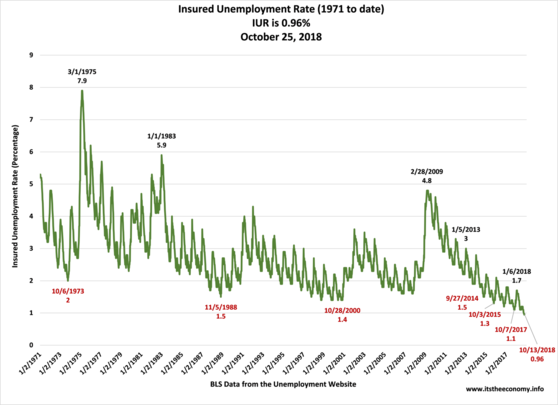 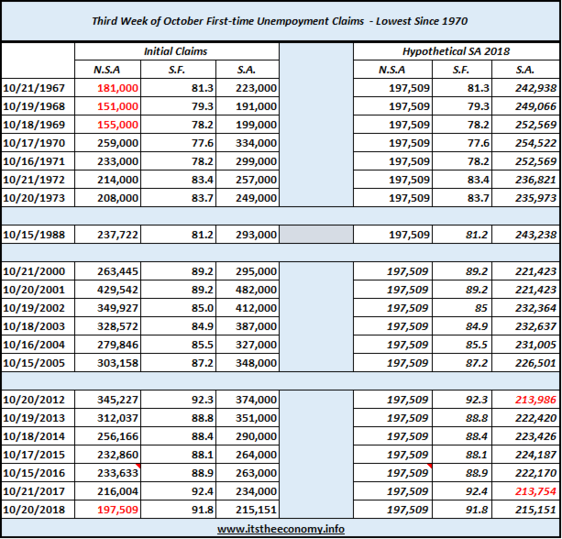 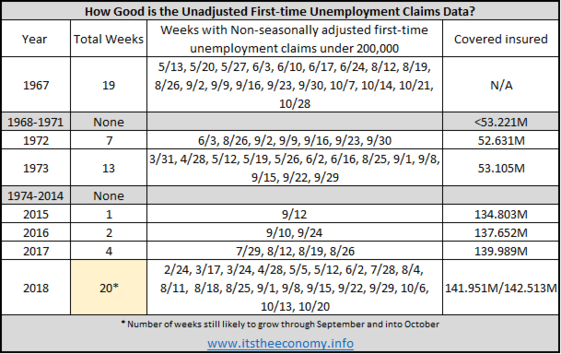 Thursdays are normally the day that the Weekly Unemployment Claims data is released. The release of the report at 8:30 AM Eastern Time used to be headline news. We had nearly 957,000 first-time claims during January of 2009. We saw under 200,000 non-seasonally adjusted (NSA) first-time unemployment (FTU) claims recorded once during 2015. That was the first time since September 29, 1973. No headline news was reported during 2015 because the media covers the seasonally adjusted (SA) FTU data. We saw this happen again during 2016 and 2017. No headlines. The two years with the most sub-200,000 claims years were 1973 and 1967. We tied the 1973 level during September of this year. We tied the 1967 level last week. No headlines. There is other data that is being actively ignored. There is the continuing claims (CC) data and the Insured Unemployment Rate (IUR,) the percentage of the "covered insured" that are receiving continuing claims benefits. What was recorded and what was reported this week?

What difference does it make? If "nobody" is covering the data does it really matter? Ask those people who have collected paychecks instead of unemployment benefits. Ask those who have full-time jobs instead of part-time jobs. The weekly claims data is the most recent piece of data that we gather at anytime during the month. Next week we may see the NSA FTU under 200,000 claims. Next week we should see the continuing claims data remain under 1.4 million claims. It will be interesting to see what impact the Fall hiring for the Christmas Season will have on the dual jobs numbers during the next few months. Dual job workers do not receive benefits when they lose one of their jobs. Being employed make a big difference in the psyche of the worker and the economy. 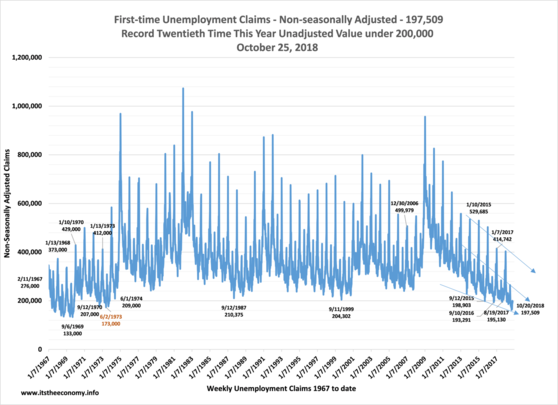