The weekly unemployment claims report used to be headline news at the bottom of the eight o'clock hour during the Obama Administration. Would the seasonally adjusted (SA) first-time claims (FTU) level drop below 500,000 or 400,000 or 300,000? They stopped mentioning the "streak" after the 2016 Presidential Election. They rarely acknowledge the continuing claims data. They have "never" commented on the Insured Unemployment Rate (IUR.) What was recorded this week? Nothing was reported because we had the Acquittal Vote yesterday, and the continuing Coronavirus situation in China. Here is the report. What does it mean?

Seasonally Adjusted First-time Claims Streak hits 256th consecutive week, dropping to 202,000.  This streak used to garner bottom of the hour headlines. Sooner or later someone else will pick up on this tidbit.

The Non-Seasonally Adjusted Continuing Claims (CC) value rose slightly from 2.079 million to 2.142 million.  This was projected that we could see a slight uptick in claims. The NSA Insured Unemployment Rate fell to a final week of January Record Low of 1.50%. The IUR is actively ignored in the Legacy Media.

The seasonally adjusted continuing claims level is under the 2.0 million mark for the 146th consecutive week.  This streak gets no mention in the Legacy Media. 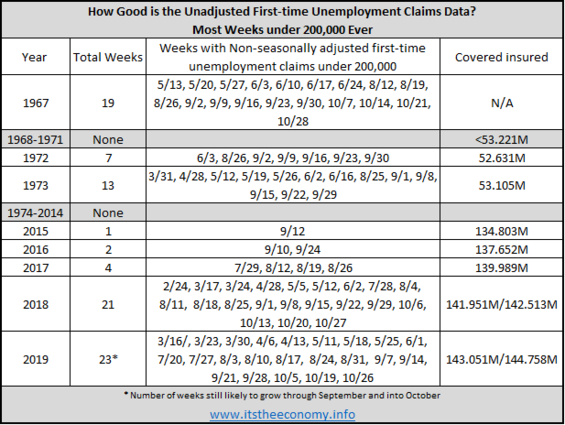 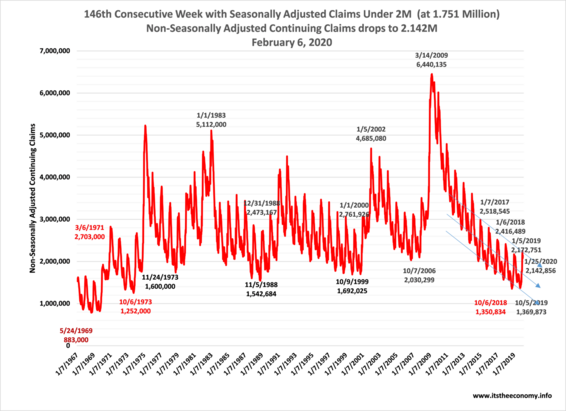 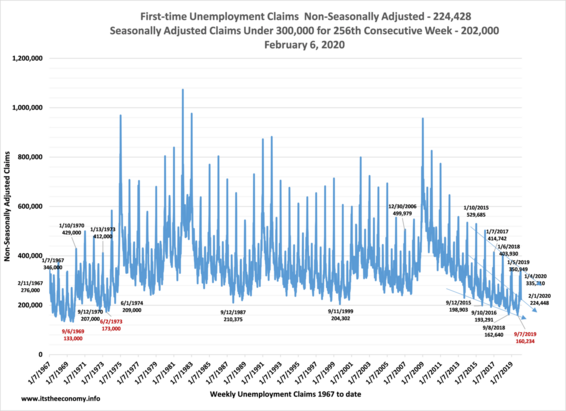