the First Week of July

They still publish the weekly unemployment claims data. The headline data is the seasonally adjusted (SA) first-time unemployment (FTU) claims data. We have had 300,000 or fewer SA FTU claims since March 7, 2015. The SA Continuing Claims data has been under 2 million since April 1, 2017. The non-seasonally adjusted FTU data was under 200,000 claims 21 times last year and has been under 200,000 claims nine time year to date. We are ahead of the 2018 pace right now. Last year the Insured Unemployment Rate (IUR) fell to 0.95% during October. We are already have a lower IUR this year than we had during the same week last year. Can we drop below 0.90% this year?

What was recorded (non-seasonally adjusted) and what was reported (Seasonally Adjusted)this week?

The Non-seasonally adjusted first-time unemployment claims was recorded at the lowest level for the first week of July since July 1967.  The non-seasonally adjusted first-time claims number jumped, as anticipated. The NSA FTU number spikes "every" July during the first week of the month. Likewise, the NSA Continuing Claims (CC) data spike "every" July during the second week of the month. The NSA FTU rose by 3.63% to 232.688. This was less than expected to rise by over 10%, according to the authors of the report. This is the lowest that his claims level has been recorded since the first week of July 1967.

The seasonally adjusted Continuing Claims data was "reported" at 1.723 million claims. This is the lowest for the final week of June since June 1973 and lower than the final week of June during 19710, 1971, and 1972. It could have been reported between 1.674 million and 1.711 million claims if we used the seasonal factors from the past three years.

The "Streaks" Continue. This column has written numerous articles on the weekly unemployment claims report. The focus used to be on the revisions and comparing the FACTS (False Assertions Considered to be True) when data from different months and different years with radically different seasonal factors were compared. This column's sister site also wrote a series regarding the FACT of the under 300,000 SA FTU claims streak. The most recent version was "Unemployment Claims Streak Ends, Again" published November 25, 2106. The seasonal factors skewed the data low during 2017 and the revisions to the data pushed the SA FTU for September 2, 2017 up from an original value of 298,000 to 300,000.  This, even though the NSA FTU was only 250,000. It is important to note that during September of 2018 that SA FTU was actually 293,000 claims.   What will it be this September? 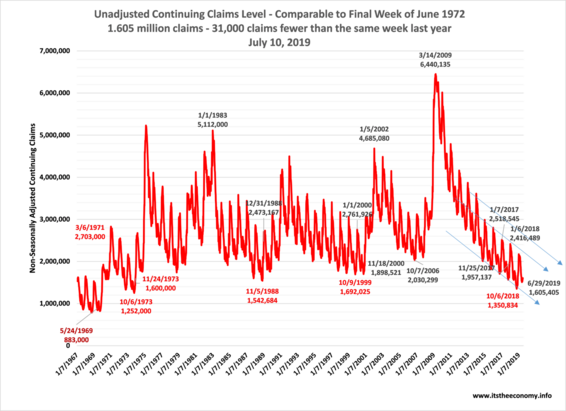 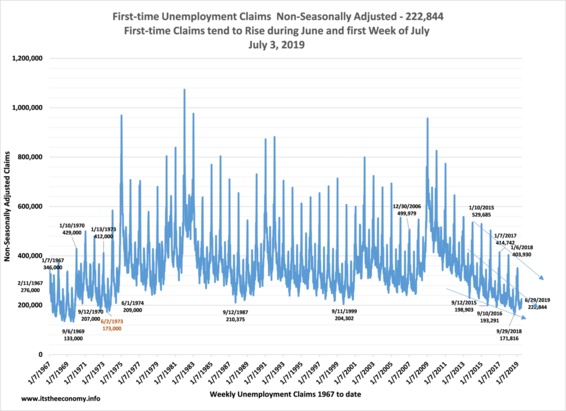 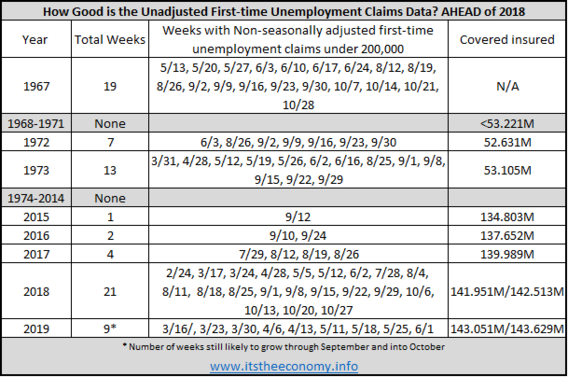 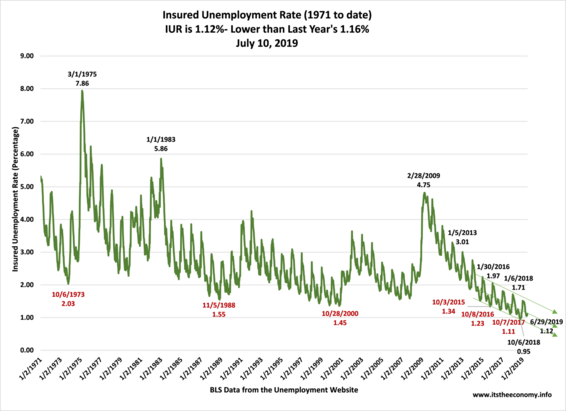