The Weekly unemployment claims report, and the subsequent unemployment data, does not receive vert much attention because it is so good. The non-seasonally adjusted (NSA) first-time Unemployment (FTU) claims data has set near all=-time record lows with record high levels of "covered insured." The seasonally adjusted (SA) FTU has been under 300,000, or at 300,000, since March 17, 2015. The Continuing Claims (CC) data is equally as good. The SA CC value has been under 2 million since April 1, 2017.  The NSA CC value has been heading towards 1.3 million all year. The Insured unemployment rate last year was just 0.95%. This year it has been consistently lower each week than the same week the prior year. What happened this week?

We had our 22nd week with non-seasonally adjusted first-time claims under 200,000 claims. The record was set just last year when we had 21 weeks under 200,000 by the end of October, We broke the record two weeks early.

We had a record non-seasonally adjusted Insured Unemployment Rate of just 0.94%. Last year the record was set at 0.95%. What more can be said?

Next week we will receive the continuing claims data for the second week of October. This data will be collected close to the date that the Current Population Survey data for em jobs and unemployment will be collected for the October Jobs Report. This data is different from the Current Employment Statistics (CES) data on workers and wages. Both data sets are different from the JOLTS Job Opening and Labor Turnover Survey data on job openings, quits, separations and hires. All three data set are different from the continuing claims data set. You might as well compare the studio temperatures in February in Tampa, Tacoma, Tulsa, and Terre Haute. 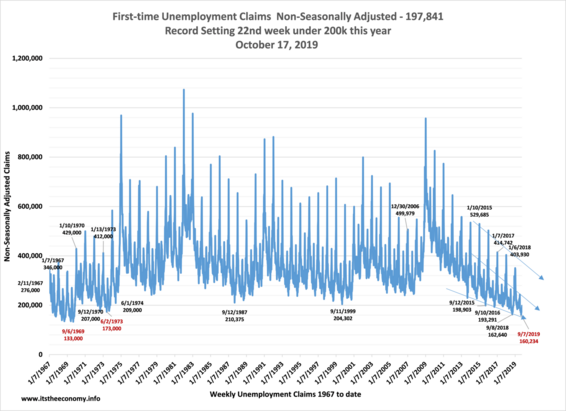 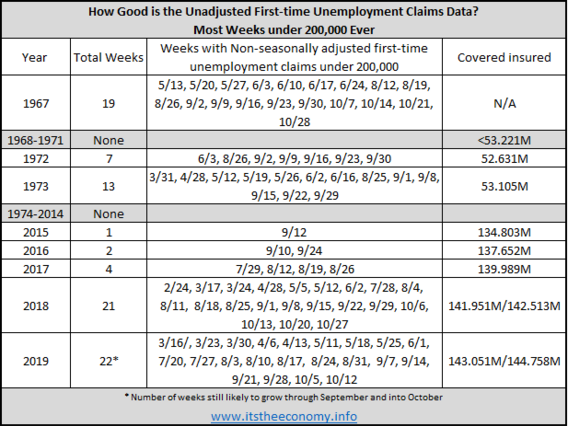 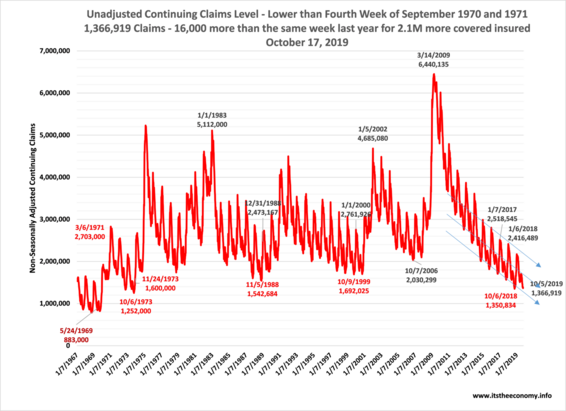 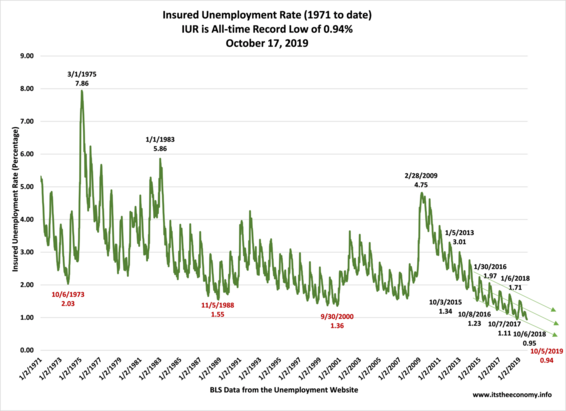