The monthly employment situation report for October was released November 3rd. That report revealed a large jump in total private sector workers, the second best September to October growth rate since 1980. The data was further examined through the articles:

Only Two sectors have fewer workers than they had prior to the Great Recession. Only IT and Manufacturing are down from 2007 levels. Note that they are also down from the October 2000 levels.

The Unemployment Rate is near "historic" October lows. The lowest October unemployment rate was December of 2000 with 3.5% unemployment. Remember from the "Five Presidents" article, as well as the "Men (not) at Work" and "October's Aging Workforce" articles, that lower participation is masking higher unemployment. We do not have data on the workforce population on a monthly basis so the U-7 effective unemployment rate cannot be calculated at the state level.

Florida had some Best Month Data and Best October data, as well.  Florida had the best month for Financial Services, Professional and Business Services, and Education and Health Services, as well as Trade, Transportation and Utilities. Construction was the best October since 2003. Leisure and Hospitality had its best October ever. Government was at its highest level since October of 2009.

The Unemployment Rate dropped to 3.6% for Florida during October. Once again, the true unemployment rate is probably higher. The participation rate for the nation was higher during October 2006 and October 2006, 66.23% and 66.354% respectively, compared to 62.74% this October.

This column proposed the idea that the Hurricanes may spur some sectors to hire more people and that construction jobs would climb. The question was what would happen with new home sales and existing home sales? Would we see new construction slow as reconstruction began to take hold. Would existing homes stall a little as homes that were under contract found themselves under water? What is apparent is that the economy continues to move forward towards a true growth cycle. We spent between January 2009 and January 2017 in recovery mode. Full-time jobs spur full-time growth. Full-time jobs spur home sales, retail sales, and everything else.  Ignore the data at your own risk. 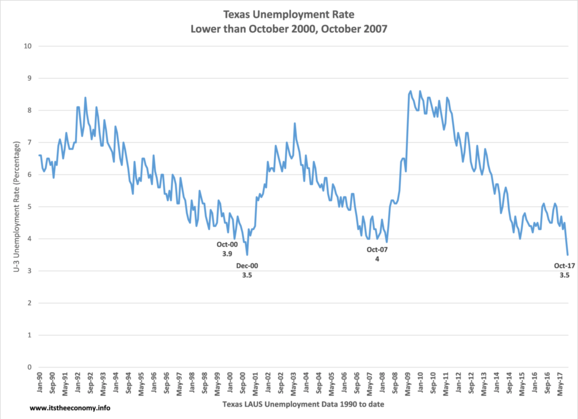 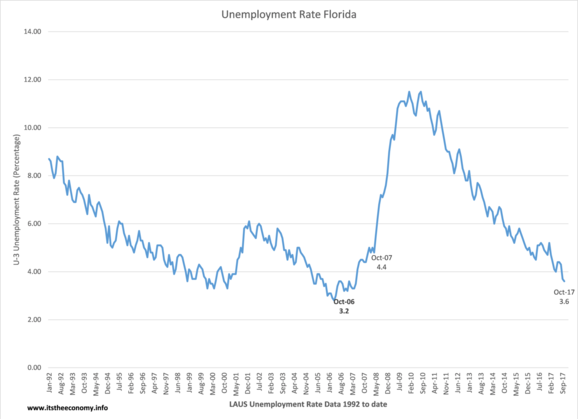 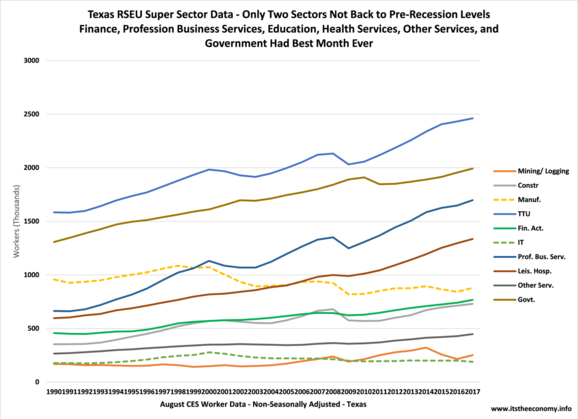 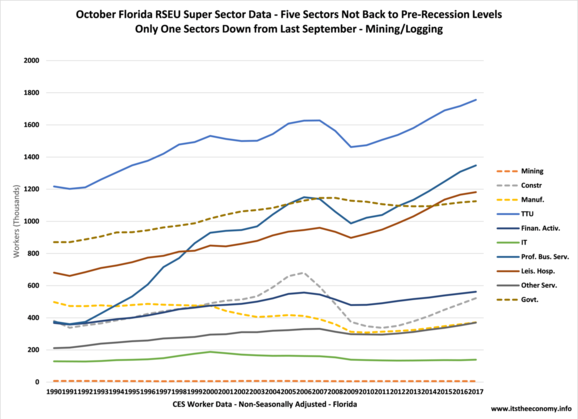