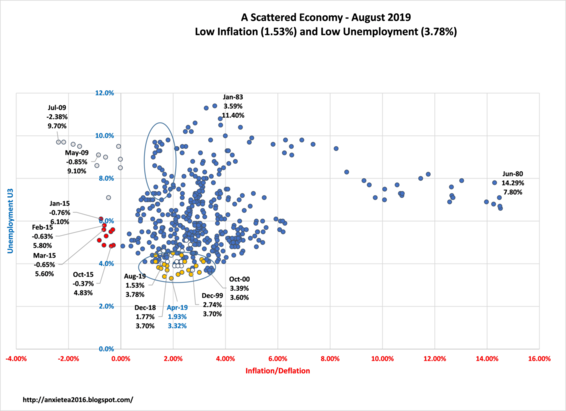 There have been concerns that the Tariffs would Create Inflation

Shelter inflation accounts for almost all of the inflation we are experiencing. If we held the basket of goods constant from the 2018 spending levels and factored in the inflation then there would have been an increase from $1312 per month to $1398 per month. Health Insurance supposedly jumped 18% last month. The thing here is that this is a jump from $40 a month to $48 a month. Who is paying $48 a month for health insurance if they are netting $4000 a month after taxes?

Where are the headlines regarding a gasoline Stimulus? We were hearing that we were receiving gasoline stimulus money during 2015 when gasoline prices dropped. This year energy costs are down and not a peep. You may hear that we are energy independent or a net energy exporter.

What deflation? They are some in the media that we are in a deflationary period of time. Maybe they have been reading this column during the past few years. We are not in a total deflationary market. Food costs are finally rising a little. Apparel is up slightly. This is not like 2009 or 2015 when we had monthly of deflation for 9 and ten consecutive months.

One measure of inflation is as low as 1.53%. The CPI-U inflation rate, Clerical and Urban Wage Earners Index, is lower than the headline 1.70%. The CPI-u was what was deflated during 2009 and 2015.

The Phillips Curve is broken. This column has discussed the U-7 effective unemployment rate while analyzing the monthly jobs data. This month the U-7 would be 9.53%, down from the Obama Era August peak of 12.99%. We would be solidly in the top oval instead of the bottom oval in the scatter graph. 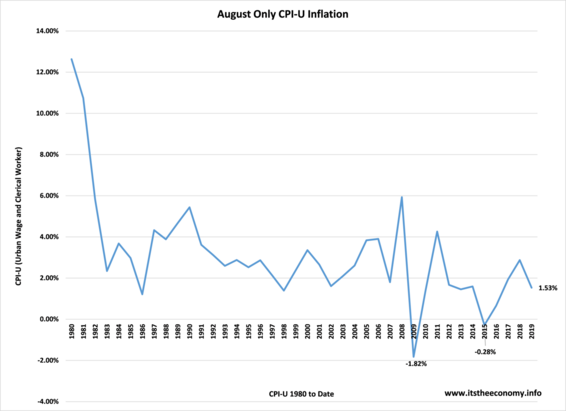 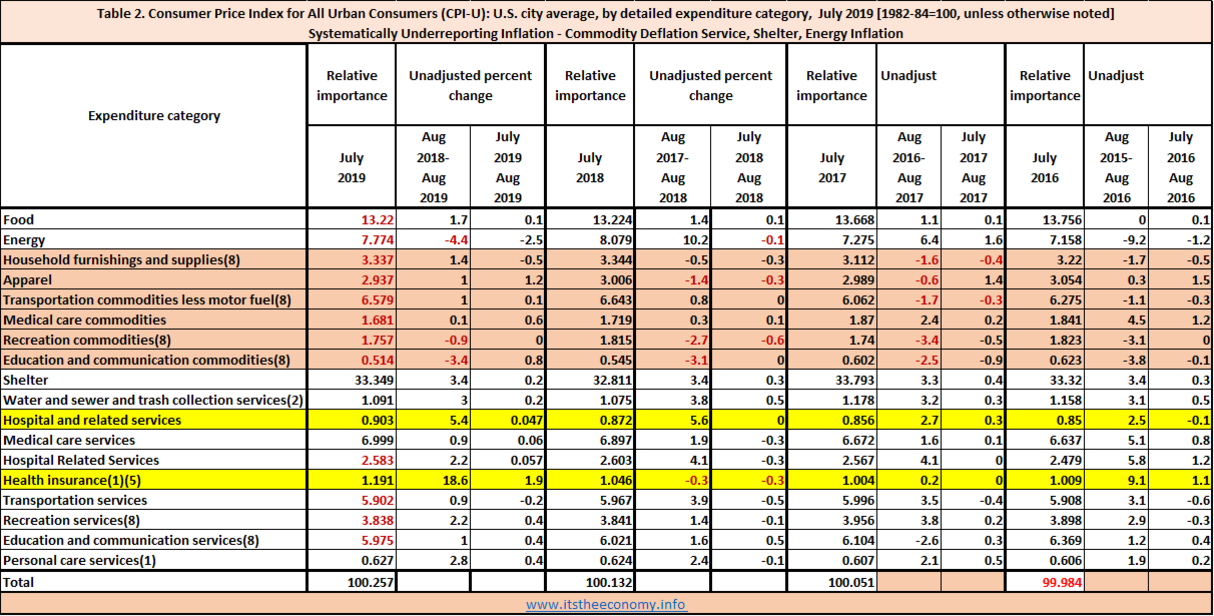 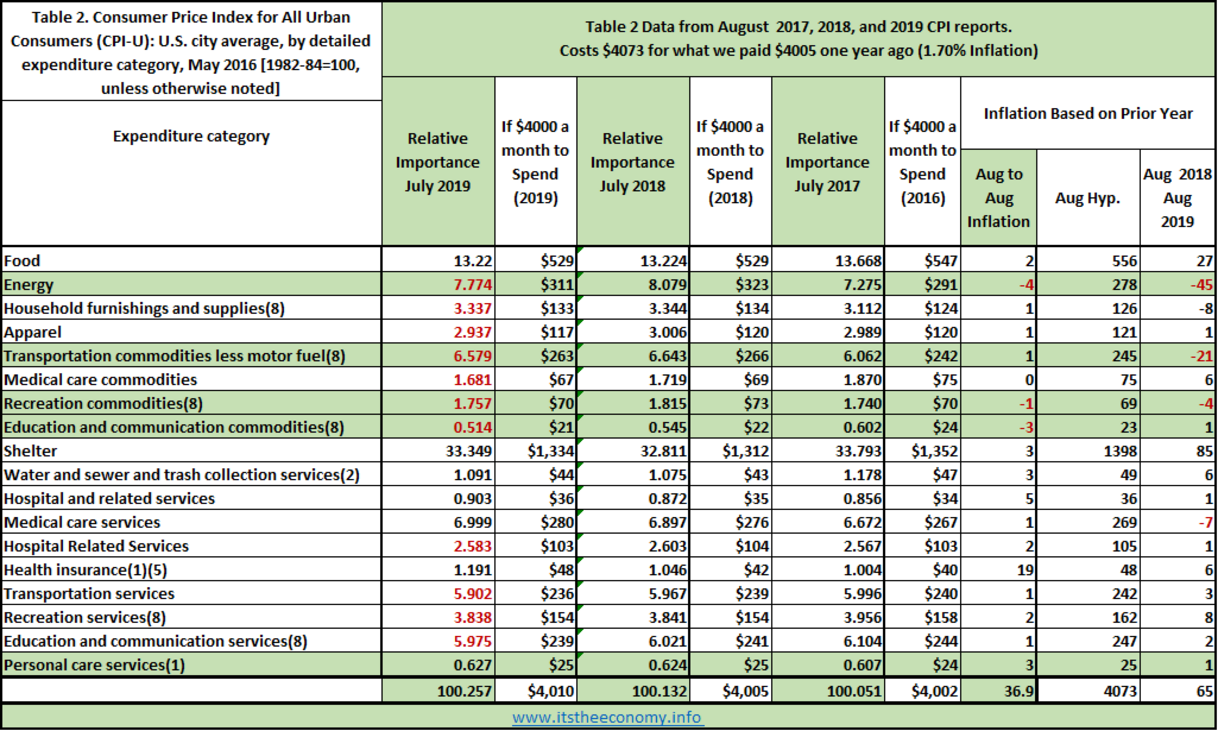