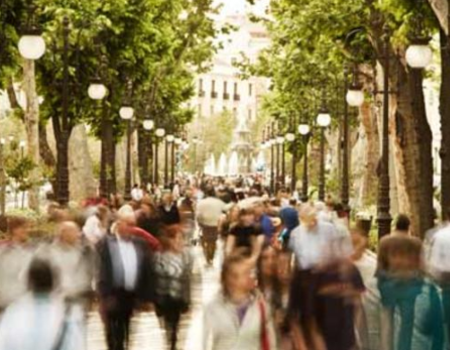 The Monthly ADP Jobs Report is released the Wednesday prior to the government Employment Situation Report, or Jobs Report. The number that ADP reports is closest to the Private Sector data than it is to the Non-Farm Payroll number because the ADP data does not include government jobs. The ADP number should be more accurate because it has a larger sample size than Current Population Survey (CPS) data, also known as the Household data. The problem with the ADP data is that they only ever publish the seasonally adjusted data. The only thing that can be done is to compare the growth in the seasonally adjusted data from month to month and year to year.

The Month to Month Data indicates that we should see growth in all sectors except the Information Technology Sector. The four largest gains should be in the Professional Business Service sector, the Education and Health sector, the Trade, Transportation and Utility sector, and the Leisure and Hospitality Services sector.  Using the October to November growth rates from 1992 through 2016 and applying those growth rates to the October 2017 data it is possible to see over 300,000 jobs added to the economy.

The Annual Growth data indicates that we could see contraction is four sectors offset by larger growth in four sectors than the month to month data indicates. If this year is behaving as previous years then we could see a slight reduction in the Construction sector, the Professional and Business sector,  the Natural Resources sector and the Other Services sector. . How can the month to month rate project improvement in the Construction and Professional Business Sector and annual the annual data project declines? The annual growth in the Education and Health Services sector, Trade, Transportation and Utility sector and the Leisure and Hospitality Sector appear that they will more than offset the possible drops November to November in the four sectors that could decline. Construction is surging nationwide, so expect annual growth there. Pipelines are being approved so expect the TTU data to improve. Do not be surprised if the seasonally adjusted data is over 300,000 jobs, based on the annual data.

The ADP data is a publicly available database. The ADP data is not to be published without prior approval. It is important to understand this data because it will influence the markets on Wednesday and will influence expectations for the Friday Jobs number. We have had months where the ADP number is significantly stronger than the private sector number and vice verse. As with the government data, the devil is in the revisions and in the seasonal factors. If last month's data is revised up by 20,000 jobs this will pull down this month's growth by 20,000. The net result is the same. Expect solid growth to be reported tomorrow.