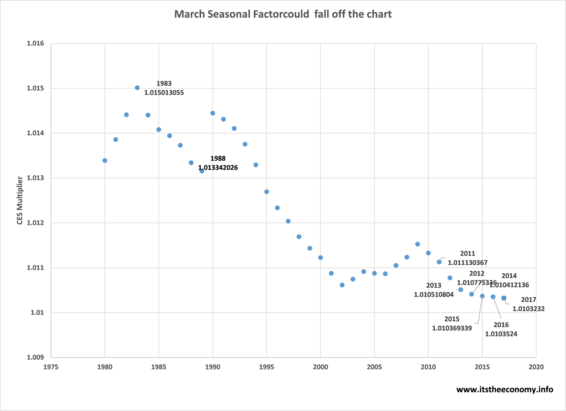 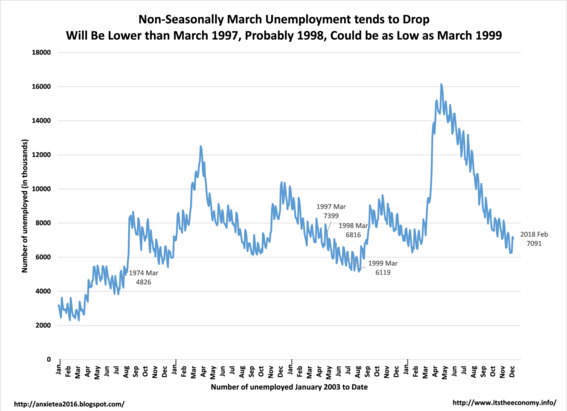 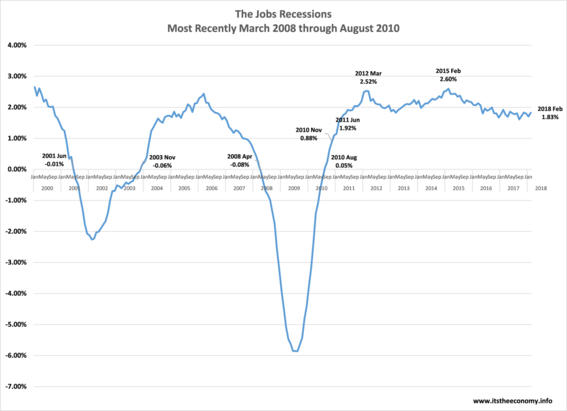 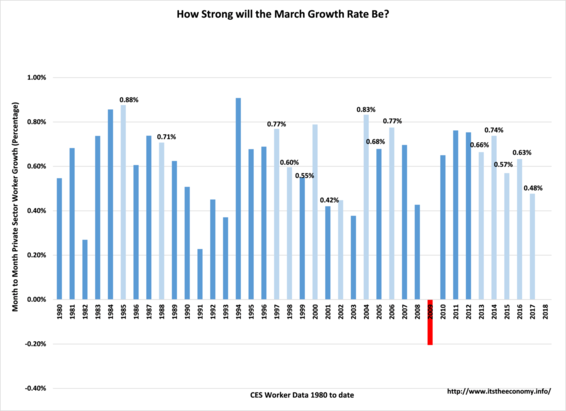 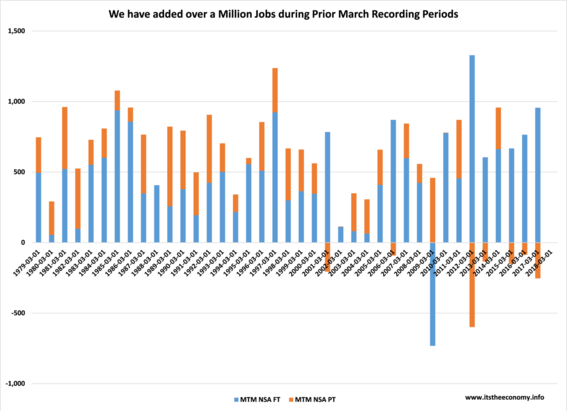 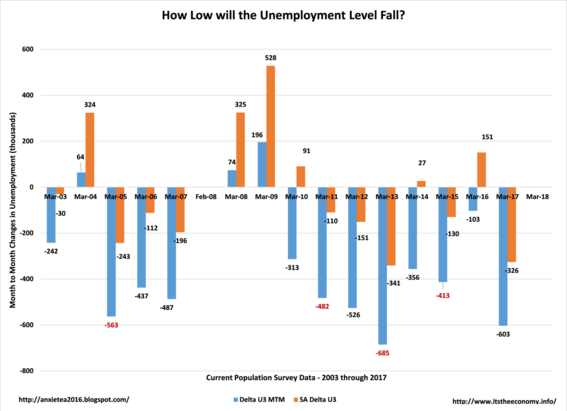 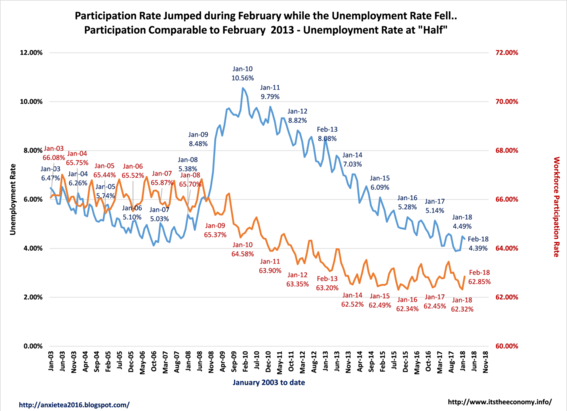 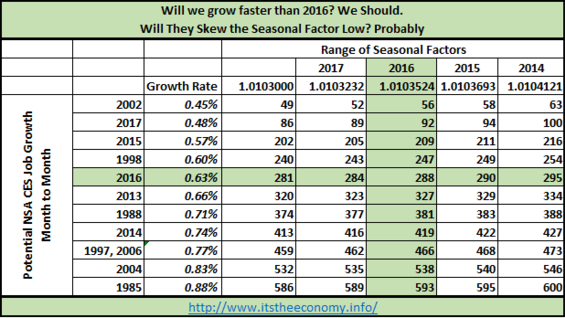 The Economy is Roaring to Life

The monthly jobs report, or employment situation report, is "the most anticipated report" pf the month. The report is created by the use of two data sets. the Current Population Survey (CPS) data, or Household data, and the Current Employment Statistics (CES) data, or Establishment data. The CES data is used for the "Jobs" Number. The headline number is the seasonally adjusted CES non-farm payroll number. The number that was used in President Obama's "Job Streak data" was the SA Private Sector worker number. The real jobs number is the CPS data. The CPS data measures full-time jobs, part-time jobs, workforce population, and unemployed workers. It is from the CPS data that the unemployment rate and the participation are calculated.  The data that is recorded is the non-seasonally adjusted (NSA) data. The data that is reported is the seasonally adjusted (SA) data. The seasonal factors that are used to convert the NSA data top the SA data change by data set, category, month and year. President Obama's "job streak" was an "Economic Urban Legend." We are in the midst of thebest start to any Presidency since 1981. Unemployment is falling, according to the weekly unemployment claims data that was released this week that showed the continuing claims level down from mid-February. Jobs, workers, and participation are all improving.

March is a Worker Growth Month. We have added workers every March since 1980 except March 2009.  January we should have seen our best worker and jobs month ever, except the data for 2015, 2016, and 2017 were revised, "stealing" worker growth from January.  The February data was the best February since 1979. Can this trend continue? It is anticipated that we will see a larger increase in workers than we saw during February 2017. The question is how much will the multiple job holder worker, a CPS measure, hold back the CES worker growth. Fewer workers have been working more jobs for an extended period of time.

Does any of this make sense? Remember that the Pre-revisions data was pointing to an improving economy. Remember that the ADP Payroll data saw the most glaring revisions to the growth trajectory, after they revised their data. Also remember that the CES data is only one component, one data set, that is used to create the "Jobs" report. If jobs are created then workers are needed. It appears that we could see a very strong SA CES worker number published. The NSA CES data was over 730,000 last month. We normally see more workers, and more jobs, added during March than during February.  Anything on the chart of combinations and permutations is possible. Something between the 2004 and 2006 level is a distinct possibility.  Expect a number between 240,000 and 320,000 or roughly 280,000. Watch the data revisions. If last month's data is revised up by 40,000 that borrows 40,000 from this month's data. a 320,000 number this month would be knocked down to 280,000.

What is going to happen with the level of unemployed workers? We are seeing remarkable first-time and continuing unemployment claims data. The continuing claims data gives us an insight as to which way the U-3 unemployment claims data could be heading. The continuing claims data has dropped roughly 150,000 between mid-February and mid-March. The data points for February and March straddle the 12th of the month, the collection date for the CES and CPS data. There were collection dates on the 10th and 17th of each month. Roughly one in three employed person who is covered by unemployment insurance is unemployed. If the covered insured rate is any indicator then a drop in claims of 150,000 people could equate to a drop of 450,000 U-3 unemployed. We have seen drops greater than 400,000 during March 2011, 2012, 2013, and 2017, so this is feasible.

Unemployment bottoms out in April and November, Participation Peaks during July and December. The participation curve, non-seasonally adjusted, has been bending upward. The unemployment curve has been declining. We have a long way to go to return to pre-recession participation rates.

Last month there were over 8.1 million people working multiple jobs, a record for February. Last month there were 4.4 million people working a primary full-time job and a secondary part-time job, just 100,000 off the all-time February record. We had 8.137 million MJH worker March of 2017, a record, and 4.56 Million FT PT workers, the second highest level. If the total MJH level increases by 2% and the FT PT level increases by 3% from last month's level, as anticipated, both of those records could drop.

There is more to the jobs report than the headline seasonally adjusted private sector worker number. We have to watch population growth. Will it exceed that of last month? Normally the rate of growth is maintained for an entire year until the January revision. How many "best months" in a row are possible? Sooner or later supply may wane, even from the non-participant pool, those who are neither employed nor unemployed. Watch the sector data. It is possible that manufacturing, mining/logging, and construction will surge, boosting male jobs numbers, as they are predominantly male jobs. Expect growth in the Trade, Transportation and Utilities sector, the Education and Health sector and Especially the leisure and hospitality sectors as people started hiring more people for Spring Break, then Memorial Day weekend, then the Fourth of July. Unemployment will fall, participation will improve. Multiple job workers should increase unless they are exchanging multiple jobs for a single full-time job. Watch the seasonally adjusted data and the revisions.