The weekly unemployment claims report used to be headline news at the bottom of the hour most Thursdays during the Obama Administration. The time :830 AM Eastern Time. The data: The Seasonally adjusted First-time Unemployment (FTU) Claims data. The data that is recorded is the non-seasonally adjusted (NSA) FTU claims. Other data that is recorded is the Continuing Claims (CC) data, the "Covered Insured" data, and the Insured Unemployment Rate (IUR) Data. WE have had sixteen weeks of NSA FTU claims under 200,000 claims this year. The Obama Administration was proud of there FACT of 97 consecutive weeks of SA FTU claims "ended" with the release of the January 19, 2017 weekly unemployment claims report. This FACT is a False Assertion Considered to be True. It is one of the many economic urban legends created since 2008. The streak did not begin when they think it did. It ended multiple times while former President Obama was in office. The data is more relevant now than ever, and is being ignored. We have had, during various weeks of this year, fewer NSA FTU claims than ever recorded for the same week of the year, going back to 1967. We have over 140 million covered insured right now. We had fewer than 53 million covered insured during 1967.  The superlatives are evading me.

The Seasonally Adjusted First-time Claims Data FELL to 207,000. Last year  we were at 254,000 SA FTU. The year prior we were at 245,000 SA FTU. There has been no "Hurricane Florence" spike in first-time claims. The report did indicate a jump of over 7000 claims in NC and over 2000 claims in SC. These spikes are being offset in overall reductions elsewhere

The Insured Unemployed Rate is Less than 1%. This piece of data is ignored. It is the percentage of the covered insured (141.951 million) that are receiving continuing claims (1.392 million.) Tomorrow we will receive the September Jobs Report. There will be noise made about the level of unemployed workers versus the JOLTS job openings data. Remember that the JOLTS job opening data closely parallels the Current Employment Statistics worker data, not the Current Population Survey Jobs and Unemployment data. Also remember that the JOLTS data trails the Jobs data by one month. They might as well compare the JOLTS data set with the Continuing Claims Data set. My point is, they should not be conflating this data. This is historic data.

How low can the unemployment level fall tomorrow? The continuing claims data is down by 288,000 from mid-month to mid-month. If this is just a fraction of the number of unemployed, even though direct comparisons should not be made, we could see a massive drop tomorrow. What is know is that the U-3 unemployment level should drop this month and next month. We should drop below 6 million NSA U-3 unemployed workers this month. Could we rival the U-3 level recorded during October of 2001 this time next month? Possibly. 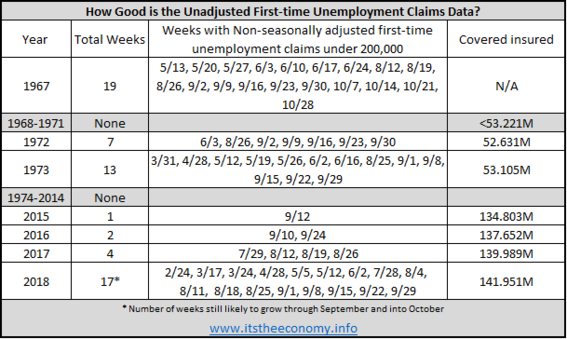 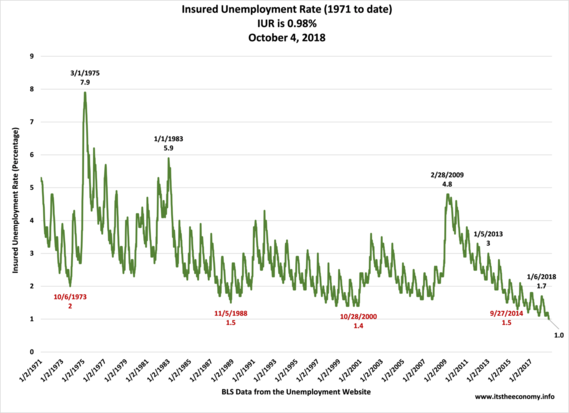 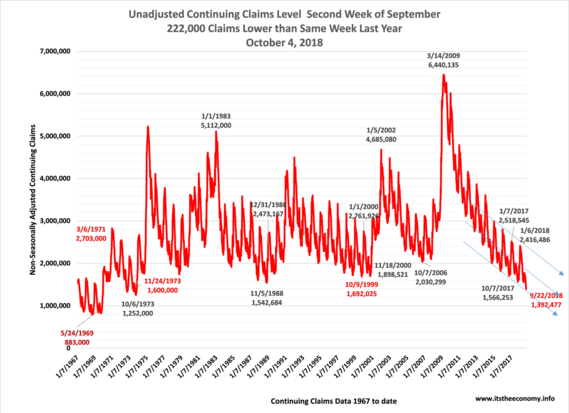 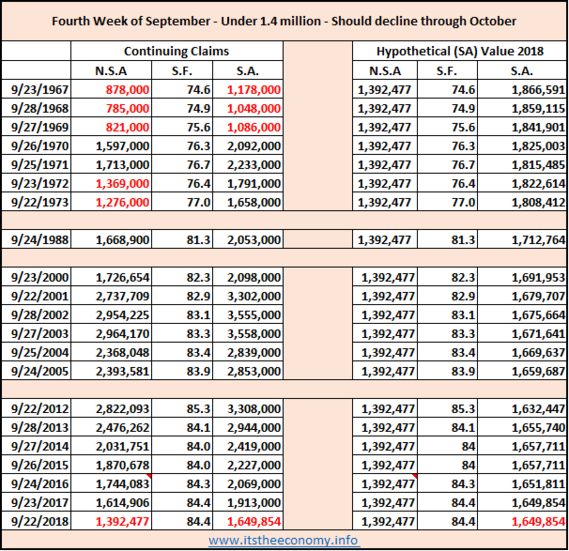 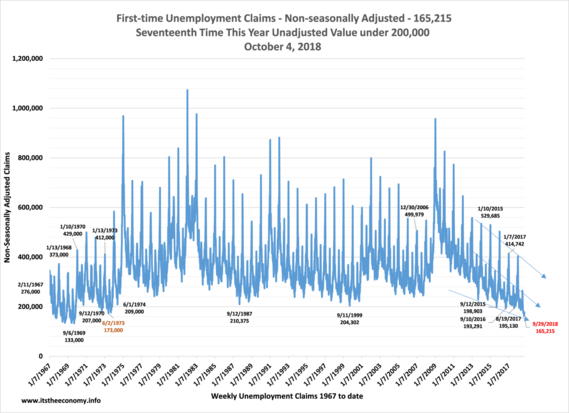 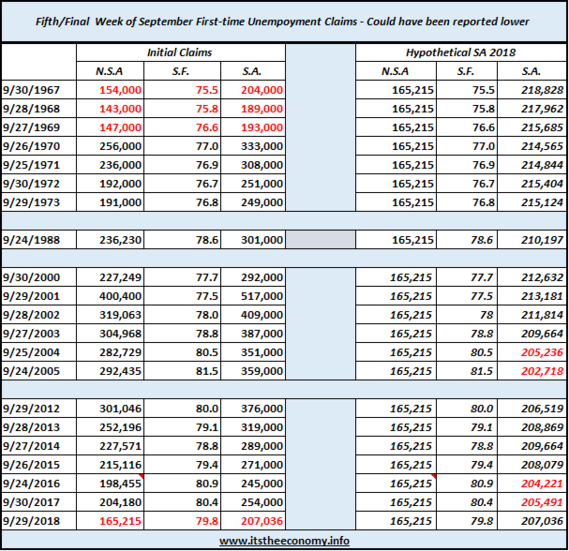