Every week there is a ton of data that is published. Report are released with the data. The content of the reports is almost always present the seasonally adjusted data. The seasonal factors that are used to convert the non-seasonally adjusted data to seasonally adjusted data change virtually as often as the data is published. Normally there are advanced data, preliminary data, and final data. Often the final data is revised one or more years after the final revision is published. This week there was data released regarding New Home Sales and Existing home sales which included advance, preliminary, and final revisions. Every now and again something is stated in the press that makes it necessary to review previously released data. This week this column reexamined the July Jobs Report data. It also analyzed previously released columns to find False Assertions Considered to be True (FACTs.)

(August 23)  This week we saw the release of the July New Home Sales data. The general feeling was that this was the best data we have seen in many years. The problem is that we were coming out of some of the worst data seen in many decades.  "July New Homes Sales Worse than 1992" looked at the number of units sold during the month of July as well as the number of units sold during the first seven months of this calendar year and the past twelve months.

(August 24) While the new home sales data was taken as a positive sign, the release of the existing home sales  data was  taken as a sign of potential weakness in the economy. "July Existing Home Sales - Weaker than 2013" examined. There were some stories in the media regarding the weakness of the existing home sales as compared to 2015. Nobody commented on how the units sold were weaker than 2013. June is normally the busiest closing month of the year. A drop from June to July is anticipated. A drop from July to July happens occasionally. A drop from from 2013 to 2016 was not anticipated.We are trending to sell fewer homes than we sold during 2000, 2001, 2013 and 2015.

(August 25) Thursday is the tradition day for the release of the Weekly Unemployment Claims report. Did you miss it? This is one of the most manipulated pieces of data that is released.  We are not at 77 consecutive weeks of sub-300k first-time unemployment claims(seasonally adjusted.) This is a manuFACTured streak. (False Assertion Considered to be True.) The column "Continuing Unemployment Claims Continue above 2 Million"  raises questions as to why the First-time unemployment claims are so low and why the Continuing Claims level has not dropped below the 2000 level.

(August 26) Thefirst rule of this column is that if the data appears to be too good to be true, it probably is too good to be true. There are a considerable number of FACTs that are being pushed by the Democrats and the media. The column "Who is manipulating the Economic Data for Hillary" highlights 9 FACTs. FACTs like President Obama has added 17 million jobs to the economy (we had to lose 15 million full-time jobs during the recession) and  that we have had 77 weeks with Seasonally Adjusted First time Claims under 300,000 (actually only 27 weeks.) Also the FACT that President Obama has cut the deficits in half (he had to double them first.)

(August 26) One of the most popular columns on this website, month in and month out, is the Monthly Jobs Report column. This website (and its parallel website https://anxietea2016.blogspot.com/ ) have also published Prediction or preview columns on what to expect from the jobs report. This Friday the August Jobs Report Preview Column was published. The monthly jobs report uses two data sets to create all the numbers reported - The Current Population Survey (CPS) data and the Current Employment Statistics (CES) data. The CPS data measures changes in jobs, full-time and part-time.) The CES data measures the change in worker level. The column "August Jobs Report Preview, Down is Up" details the changes that we can expect in the recorded non-seasonally adjusted data and the reported seasonally adjusted data. The CPS data should record and report real and seasonally adjusted job losses. It should also record a drop in the unemployment level. This means that the workforce participation rate and the unemployment rate should fall. The CES data set could record another month of negative worker growth recorded (May 2016 we saw the "jobs Streak" end) and positive worker growth reported. We will almost certainly see CPS numbers Decline (Down) and could see CES data Improve (Up.) Down is Up.

Thank you for an awesome week. This website and its sister site had the most page views ever. The page views on https://anxietea2016.blogspot.com/ will exceed its best ever month of January 2016. Combined with the page views on itstheeconomy.info readership is up 40% over January 2016 and the month is not finished.

Thank you @marathonwealth for the tweet after the release of the previous Jobs Report. While a 0.25% bump in the Fed Rate really means nothing in the long-term now is not the proper time for a rate increase. The economy is slowing. The housing market has not fully recovered from the housing recession. The retail industry has not fully recovered from the Retail Recession. The Jobs Recession may be restarting with a reformation of the Part-time Jobs Iceberg. We do not live in a seasonally adjusted world.

Only the government can turn down to up and up to down. 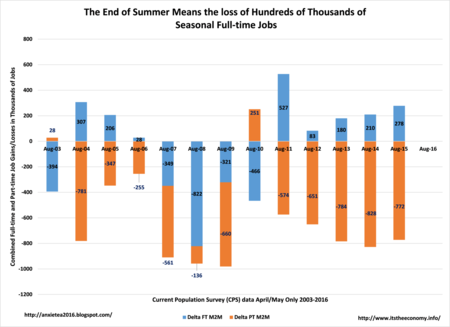 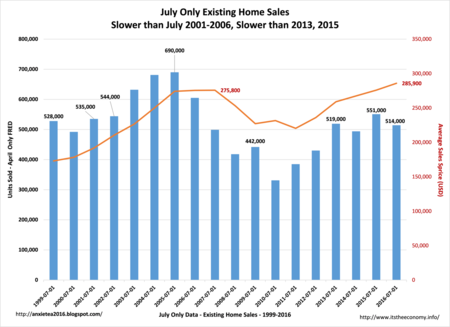 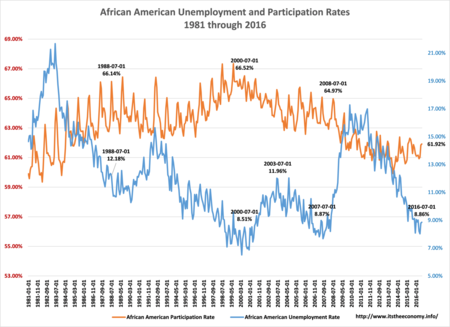 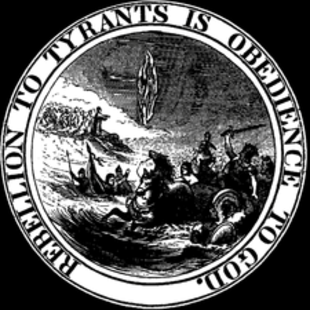 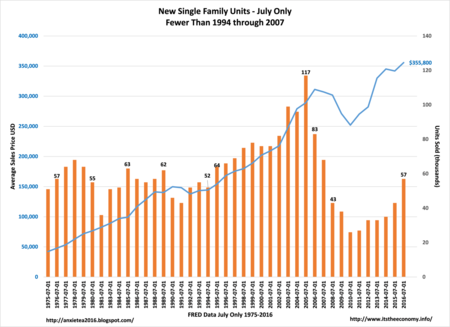 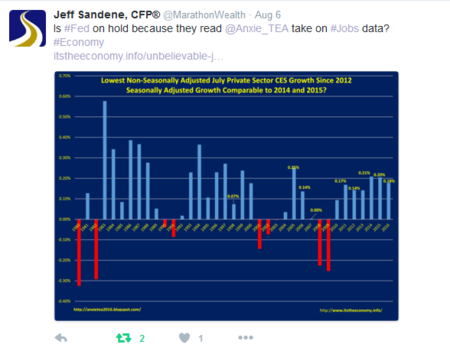