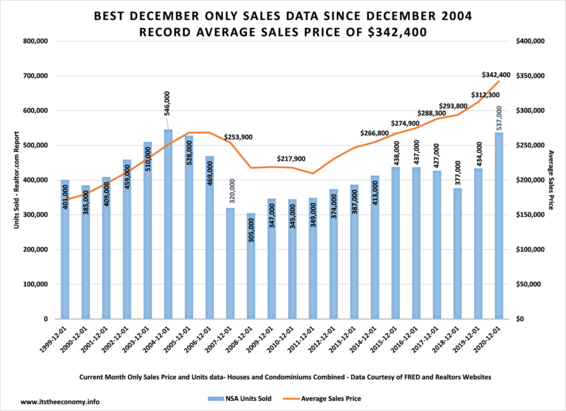 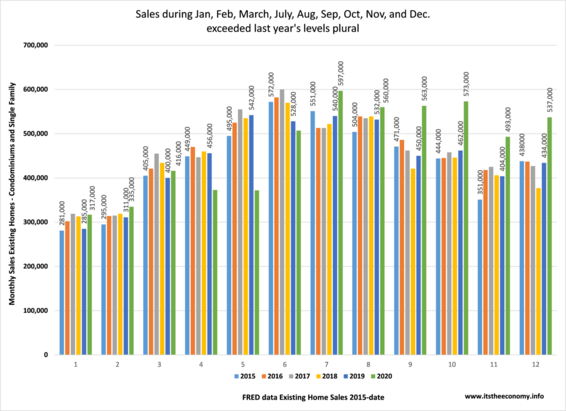 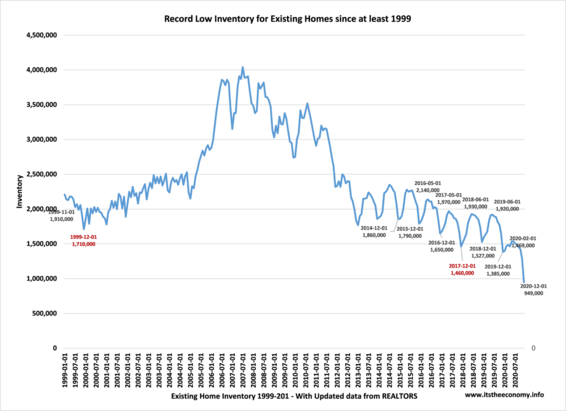 The end of year sales number came in at 5.643 million units. We had 5.34 million units sold during 2019. The last time we had a level of sales this high was 2006 with 6.478 million units. This means that this was the best annual sales level since President George W Bush was in office.

We had nine months this year where the sales exceeded their 2019 counterparts. The only months that did not beat their 2019 levels were April, May, and June of 2020. No matter how you look at the data the housing recession lasted one quarter, so it really wasn't a recession. Recessions normally last two or more quarters.

What does this mean to you? This year may be the year to prep your home for sale. Inventory has been dropping since December 2014, comparing same month data. Prices have been rising since 2011. Even if you bought your home during the peak unit year of 2005, or the peak sales price 2006, you should be able to sell at a profit this year. Remember that all real estate is local.