A shortage of Existing Homes should boost new home sales. The problem is that it takes time to "grow a crop" of homes. We need permits to grow, starts to grow, and units under construction to blossom, in orde,r from completions to exist and turn into sales. What is often overlooked is that the average new home sales price is considerably higher than the average sales price for existing homes.

Most Total Annualized New Home Sales Since 2006. The same pattern that we saw in monthly sales is reflected in the end of year sales. The headlines that some outlets were pushing was that this was an improvement from November's 829,000 annualized sales level. They are saying that this is well off the peak of 979,000 seasonally adjusted sales posted during July. New home sales and existing home sales tend to peak during March through June every year. The seasonally adjusted annualize rate of sales is where the authors of the report think we will be next December. Last December they were projecting 694,000 units. We hit 829,000. If you dig into the data that original 694,000 is now reported at 731.000. This is better than any year since December 2007 when we hit 619,000. We hit 998,000 during December 2006.

Most Total Year Sales of New Homes Since 2006. This year we had 810,000 total units sold, compared to 776,000 during 2007and 1,052,000 during 2006. Will be approach the seasonally adjusted annualized rate of 829,000 for next December? Most likely. The momentum should carry into January and February. We should have a better March and April than we had last year. It is dependent upon adding full-time jobs.

Ten out of twelve months outpaced 2019 levels. The two months that fell short were the peak of the Wuhan Flu were March and April of 2020. We not only saw improvement over last year's monthly sing ales, we saw dramatic improvement of 20% or more compared to the prior same month data.

It appears that new home sales have picked up the slack for a dearth of existing home inventory. It also appears that there is an appetite for homes that cannot be quenched with the current level of starts, units under construction, and completions. The data from 2018 was an anomaly because we had a government shutdown lending. That same shutdown also shut down the release of economic data. The recent Pandemic Shutdown was a momentary pause while companies adjusted how they did business. 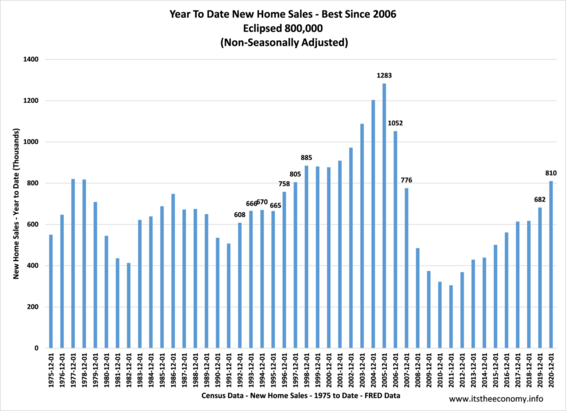 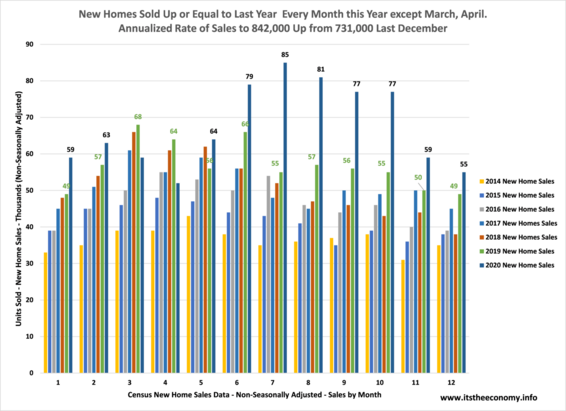 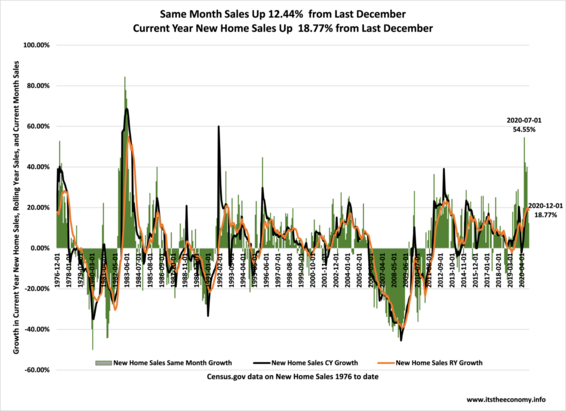 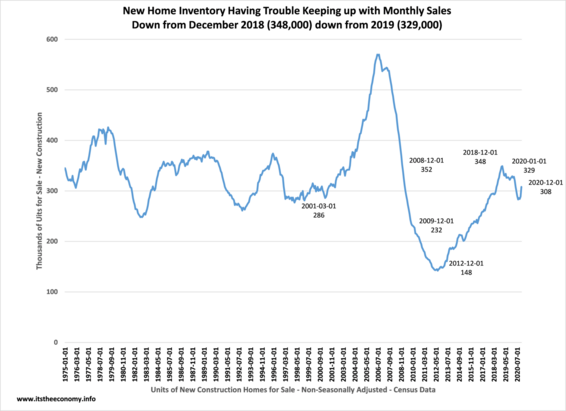 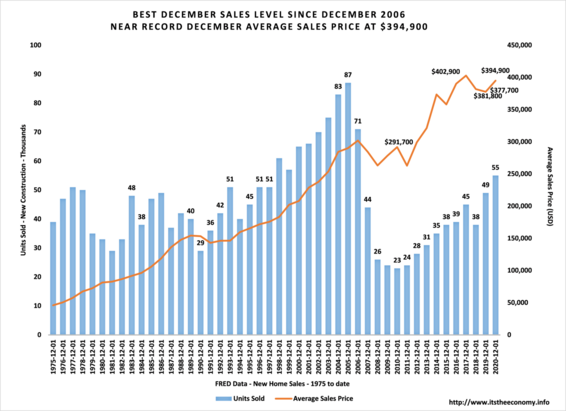