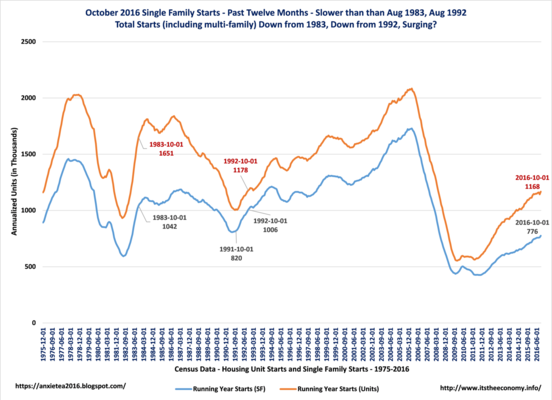 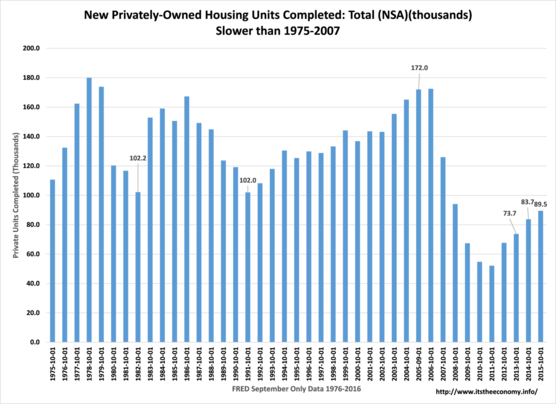 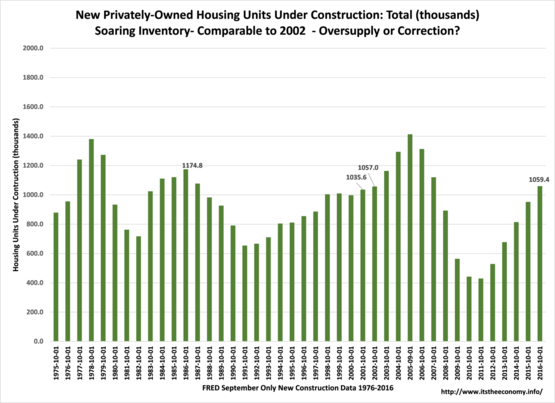 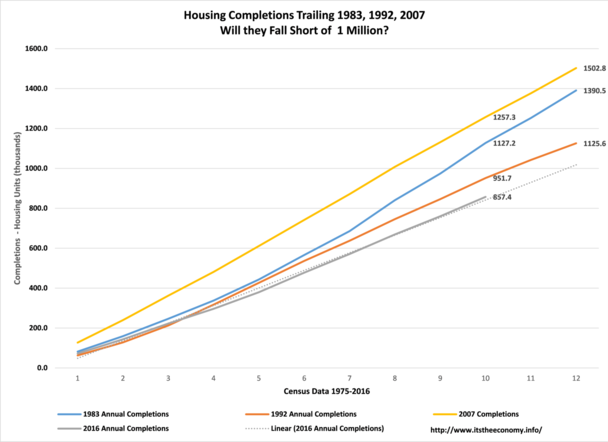 We saw Single Family Starts just barely surpass 2015 levels for the month of October. This is not good. We have had more starts during the month of October for every year between 1982 and 2007. We are only doing better than the levels seen during the Housing Recession.These starts are the homes that will be available next Spring and Summer. We are nowhere near the peak construction time of 2005 and 2006. Less construction means fewer construction jobs and fewer retail sales for appliances and other items.

Single Family starts for the Entire Year may fall short of 800,000 units. This is considerable short of the over 1 million units recorded during 1982 and 1993. This means that we have lost between 14 and 23 years of new construction growth. If we saw the same amount of growth we saw during the interceding years it may take us until 2028 to return to 2006 levels. Think about it.

The Under Construction Level is back to 2002 levels. We are nowhere near the number of units sold that we saw during 2002. That data will be confirmed when we receive the October sales data later this month.  The pace of growth in units under construction has been soaring for years. If we are not selling them as fast as they are being built we may see oversupply happen. If these are being built on speculation we could see major price corrections.

The Number of Private Housing Units Completed during October is on the rise - and is still slower than 1975-2007. Units are being started. Units are being completed. Completions are outpacing starts. The two are not in balance. These numbers should be raising some concern Most of the people who are commenting on the report are commenting on the report and not the data.

We are on track for 1 Million Completions - Slower than 1983 and 1992.  This sounds like a broken record. We are not doing well. We have a long recovery ahead of us, even with historically low interest rates. 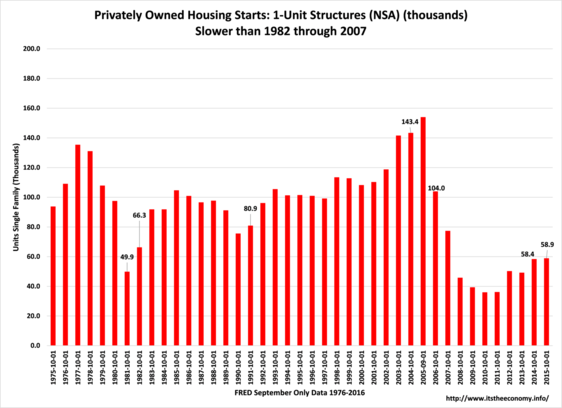 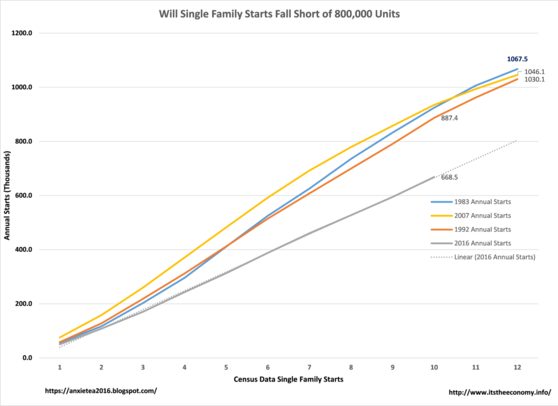