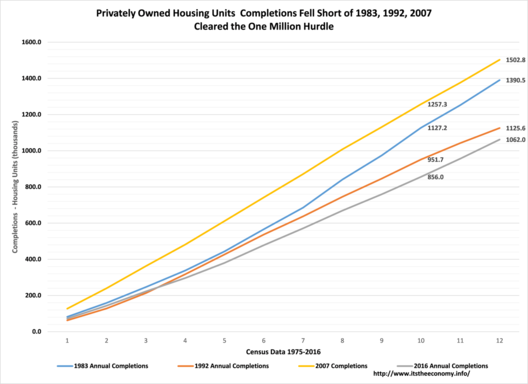 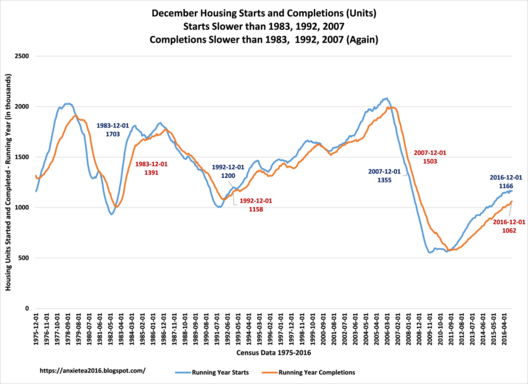 New home sales are a huge stimulant to the economy. New Construction provides jobs for builders, electricians, plumbers, drywall people, carpet companies, painters, landscapers, and retail people. New homes need new or newer furniture, new appliances, new electronics, and new knickknacks.  We need to have housing Starts to get housing units under construction. We need units under construction to obtain completions. We need completions for sales. We are recovering from the worst housing recession of the past 40 years. We are in a recovery mode. We have a long way to go to get to an expansion mode.

New Home Starts were Lower during 2016 than 2007, 1992, and 1983. This is significant. If we are basing the health of the housing market on where we were during the Great Recession then we also have to acknowledge where we were before the Great Recession. Single Family starts fell short of 800,000 units during 2016. This is 20% lower than where we were during 1982, 1993, and 2007. This column has not addressed where we were during 2005 and 2006 during the peak sale unit and dollar volume years. We are building or way back to normal - normal for years after 1983. Have we lost 33 years of growth, 23 years of growth or something something in between those levels. We will now more after the first three months of the year. We will have to depend on rolling year day for the first quarter, and less time on the current year data.

December Completions were better than December 2007, Worse than 1983 and 1992. Same story, different statistic. You need starts to get homes under construction. You need homes under construction to get completions. You can see from the rolling starts and completions chart that , surprise surprise, after starts wane, completions wane. There were indications of a slowdown this past Summer. Recent upward revisions have show that the growth mode continues.   Not only were the completions worse than 1983 and 1992, they were much worse. We saw 140,000 completions during 1983. We saw 120,000 completions during 1992. This December it was just over 105,000 units. Normally there is a push for end of the year sales and end of the year closings. 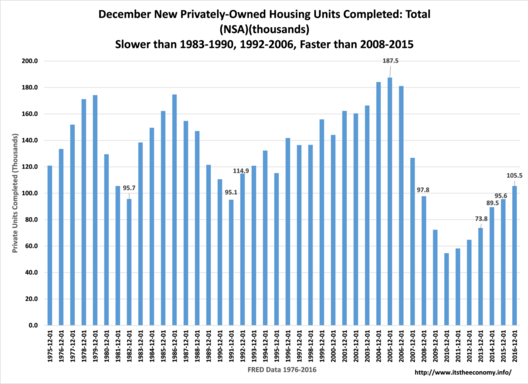 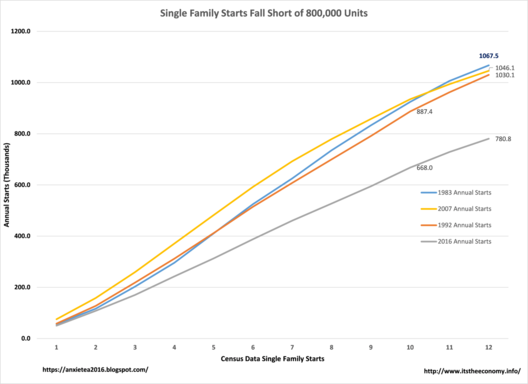 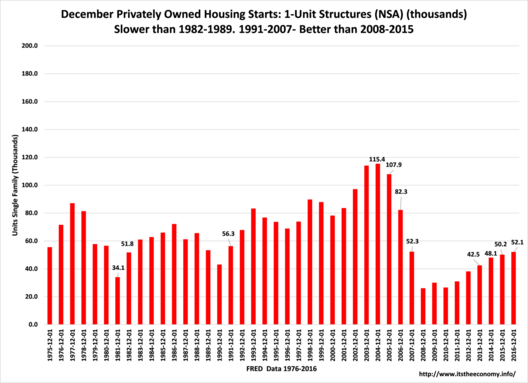 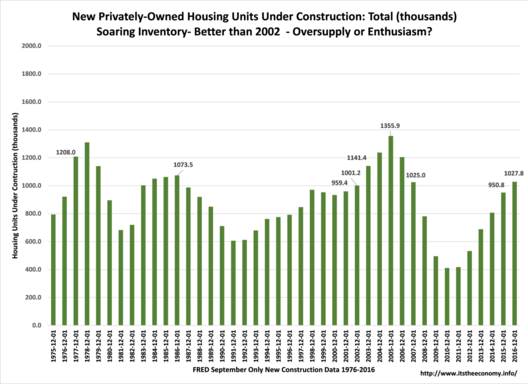