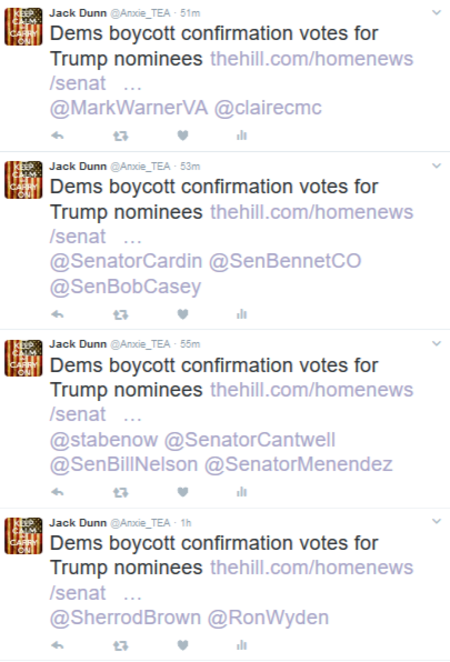 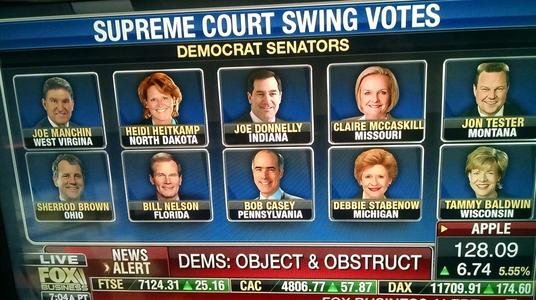 The Democrats were sitting out of a vote for the nomination of two of President Trumps' nominees to his cabinet.

A story is circulating that the Democrats on the  on the Senate Finance Committee   are slowing the process of moving two nominations out of committee to the full Senate for a vote.The main link for all members is here. There is nothing that these people can do to stop the nominations without Republican Support . Contact them. Call them. Tweet them

Fox Business ran a story while this article was being composed regarding the Democrats in the Senate who are up for re-election during the 2018 mid-term election.Claire McCaskill, Sherrod Brown, and Bob Casey, and Bill Nelson, all members of this committee, are up for re-election. Remember these people.

The Senate Finance Committee also took action while this article was being drafted. They suspended the rules and took a vote to move these two candidates forward for a full Senate vote. Whether or not that was a valid decision is beside the point.  It should not have come to this. "Elections have Consequences" as former President Obama was quoted as having said during early 2009.

One last thought: If need be we can attempt to get the Sergeant at Arms to forcibly bring Senators to the chamber for a vote. It has been done.It can be done again. You may not to call them today. Keep this column for future reference.