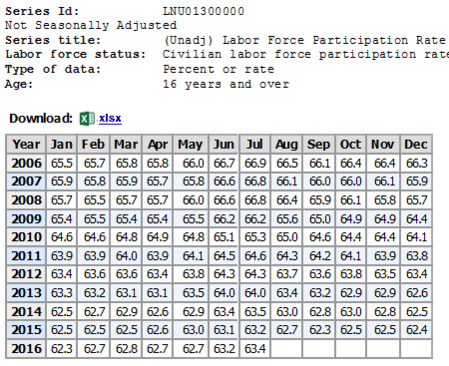 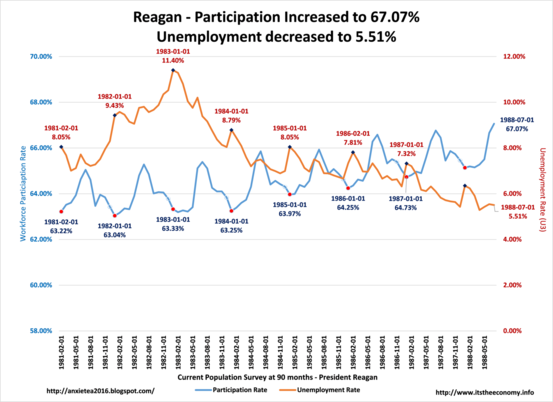 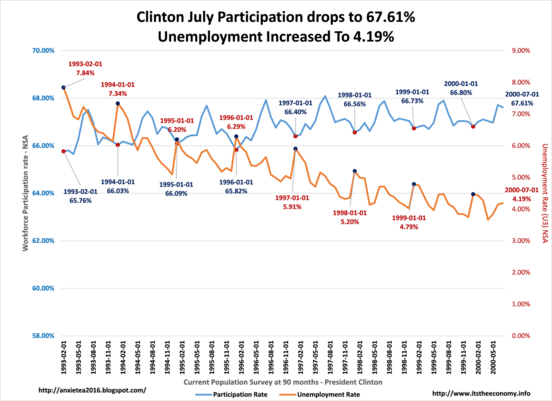 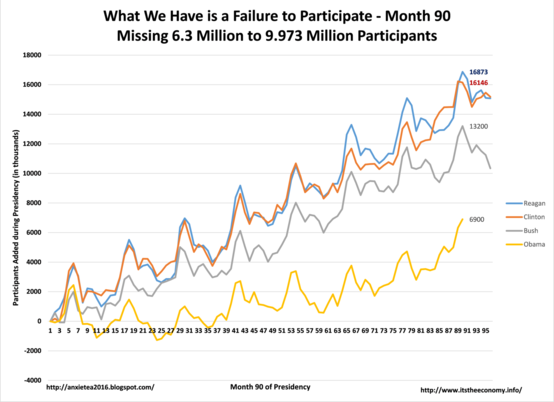 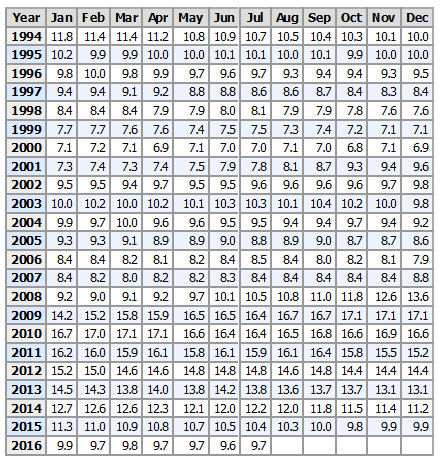 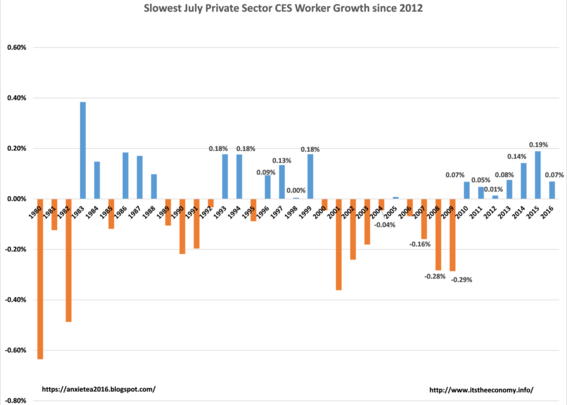 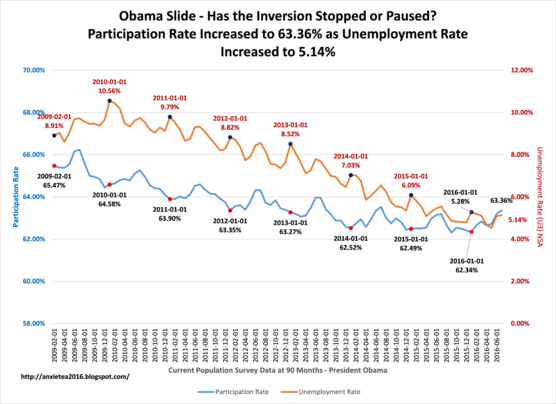 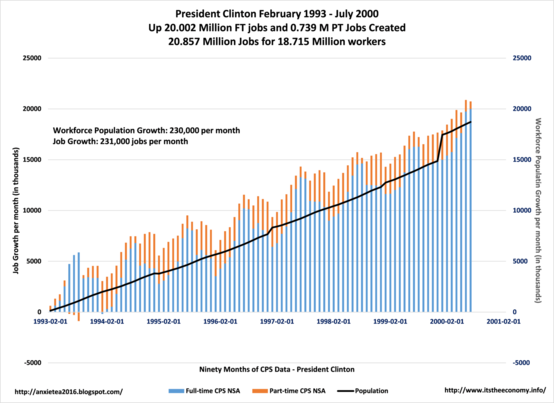 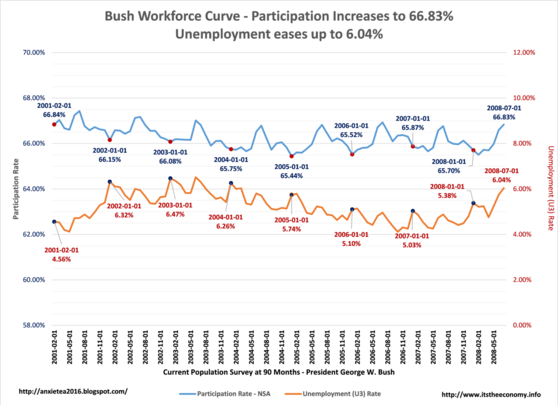 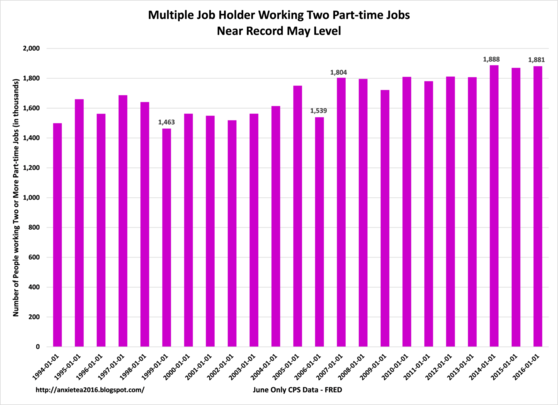 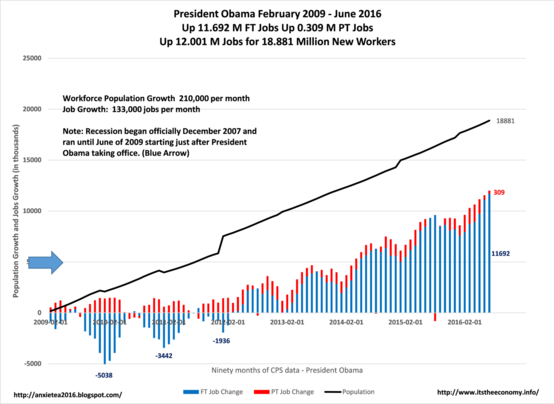 We are under reporting the unemployment rate. President Obama was touting his Jobs Streak. You never read a story regarding his U-6 Streak. The U-6 data was first calculated during 1994. We have seen period of u-6 unemployment over 10% before President Obama's term in office.There was a 13 month streak under President Clinton. There was an eleven month streak under President Bush 43. We saw the streak hit 88 months, eight of which were under President Bush. This streak barely ended last Fall. Does it matter if we use the Effective Unemployment rate or the official U-6 rate? We are under-reporting the number of unemployed workers.

Originally Published on "Reclaiming Common Sense." by the same author 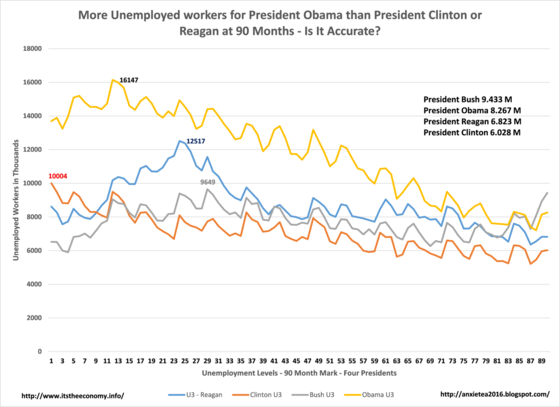 Every month the Department of Labor releases its Employment Situation Report or Monthly Jobs Report. The report is accompanied by two data sets: the Current Population Survey (CPS) and the Current Employment Statistics (CES.) The CPS data set measures the number of jobs, part-time and full-time, added to the economy, as well as the changes in the number of unemployed workers. The CES data set measures the number of workers. This is the data set used to compute the Private Sector Job creation streak. Both data sets have a seasonally adjusted (SA) and a non-seasonally adjusted (NSA) component.The headline number is the SA Non-farm "jobs." The number used for the "Streak" is the seasonally adjusted Private Sector "jobs" number. The seasonal factors change by component as well as by month and year. It is possible for us to lose jobs and gain workers or well as gain jobs and lose workers.

The June Jobs Report was supposedly a good report. Not really. This column published an article showing that the July 2016 NSA CES growth rate was slower than July 2013, 2014 or 2015. It also revealed that the non-seasonally adjusted unemployment rate rose as did the participation rate. While the White House is touting a strong Jobs Report number, it is no longer touting a consecutive months of jobs creation. The streak ended during May. The streak ended with the preliminary revisions to the SA CES data during the June Jobs Report. The final revisions to the May data during the July Jobs Report confirmed the end of the streak.

We live in the Era of the Meme. It was this past August when a meme was generated showing that President Obama was only in second place in job creation when compared to President Bush 41, President Clinton, and President Bush 43. The problem was that they compared the current President to Presidents at the end of their terms, This meme led to the the column "The Era of the Meme: Which President Created the Most Jobs?" When President Reagan was thrown into the mix things changed. When the Presidents were compared at the same point in time in office, starting with month 81, President Obama was in fourth place for Job Creation and First Place for the number of unemployed workers. It took until Month 85 for President Obama to overtake President George W Bush with respect to job creation.

How Many Jobs have been created through the 90th month? President Obama is still in third place. President Reagan consistently created more jobs than workers during the Summers of his time in office. President Reagan saw the workforce population increase by nearly 19 million jobs during his first 90 months in office. He oversaw the addition of 15.6 million workers. We had an excess of jobs during the Summer that needed to be filled. It would be great to know how many of those workers were working multiple jobs. This data was not collected until the 1994.

President Obama had added 12 Million Jobs, not 17 Million Jobs. You hear that President Obama has added 17 million jobs and this is the most since President Clinton.  They forget that he oversaw the loss of 5 million full-time jobs during his first year in office and that it took until the Summer of 2012 to recover those lost jobs. He has added more jobs than President Bush did during his first 90 months. He still has six months remaining in his term. The economy is slowing. May was an abysmal jobs month - July was only slightly better. Will he continue to add jobs or will he start shedding jobs?

The unemployment numbers do not relate one to one with the first-time unemployment claims or continuing claims data that is released weekly. The problem is that we have an elevated number of people working part-time jobs and multiple part-time jobs. These people do not qualify for unemployment benefits. We have seen a spike in full-time employees, non-seasonally adjusted, this Summer. Could they be seasonal jobs? If they are seasonal jobs then they do not qualify for unemployment benefits. We could see people who are surveyed reporting that they are unemployed and not see a spike in the weekly data.

We are missing at least 5.3 million participants to 10 million participants. Are they missing because they have retired or because they have given up looking for work? The last time this column looked at the aging workforce it was displayed that there was a drop in the workforce population of those between the age of 35 and 49. There was also a drop in the number of people employed in that same age group. People are not, in general, retiring in this age range. If they are not participating then are they unemployed? Do we really have 14 million to 18 million unemployed workers?

Even President Bush had a Participation Rate of nearly 67% during his 90th month in office. Yes, the unemployment rate was spiking during this period of time. People were still participating in he economy. They were still looking for jobs. Unemployed workers are a component of participation. If you have 160 million participants they can all be employed or 80 million could be employed and 80 million could be unemployed and you would still have the same number of participants. The unemployment rate would be astronomical. This was a good economy that was weakening. 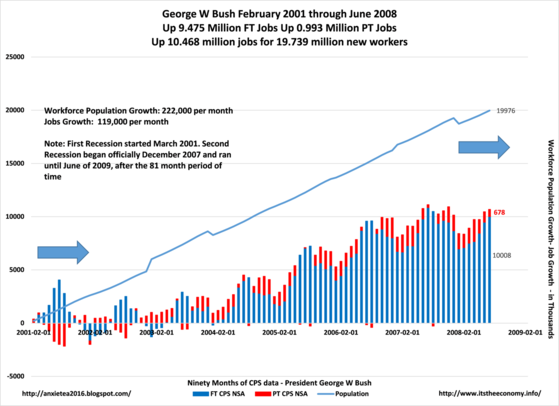 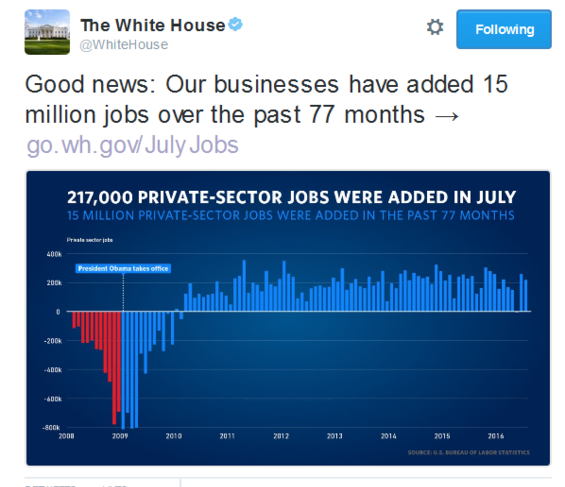