The devil is in the seasonal factors. The government quotes seasonally adjusted data reflexively. We experience seasonal fluctuations in price so seasonally adjusted data makes sense when comparing one month top the next, literally. We should be experiencing the same seasonal effects during the same month from year to year. Some years the heating bills will be higher during one January compared to the prior year. That money can be spent elsewhere. The same could be said for food or water and sewer costs. The seasonal factors change from month to month, season to season, and year to year. Inflation differs between categories. The problem is that the authors of the report re-weight everything. 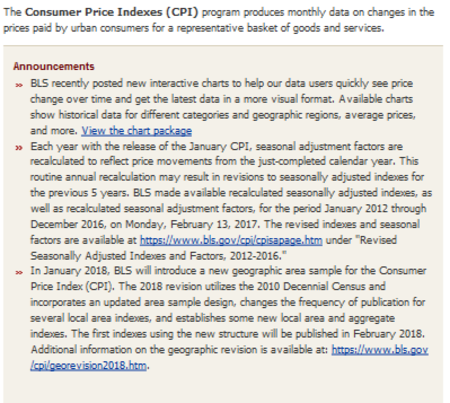 The January Inflation number, the Consumer Price Index, was released with little fanfare. The data that was released showed the largest spike in month to month, seasonally adjusted, inflation during the past 13 months with a reported value of 0.6%. The official annual rate of inflation was reported at  2.5% for "all items." That rate of inflation has been surging since July 2016. The federal reserve has set an "ideal rate of inflation" of 2.0%. The problem that we are seeing is that the "gasoline savings" that used to be reported has been replaced by a "gasoline deficit" as gasoline prices have started rising during the past year. We continue to see medical inflation. We continue to see shelter inflation. 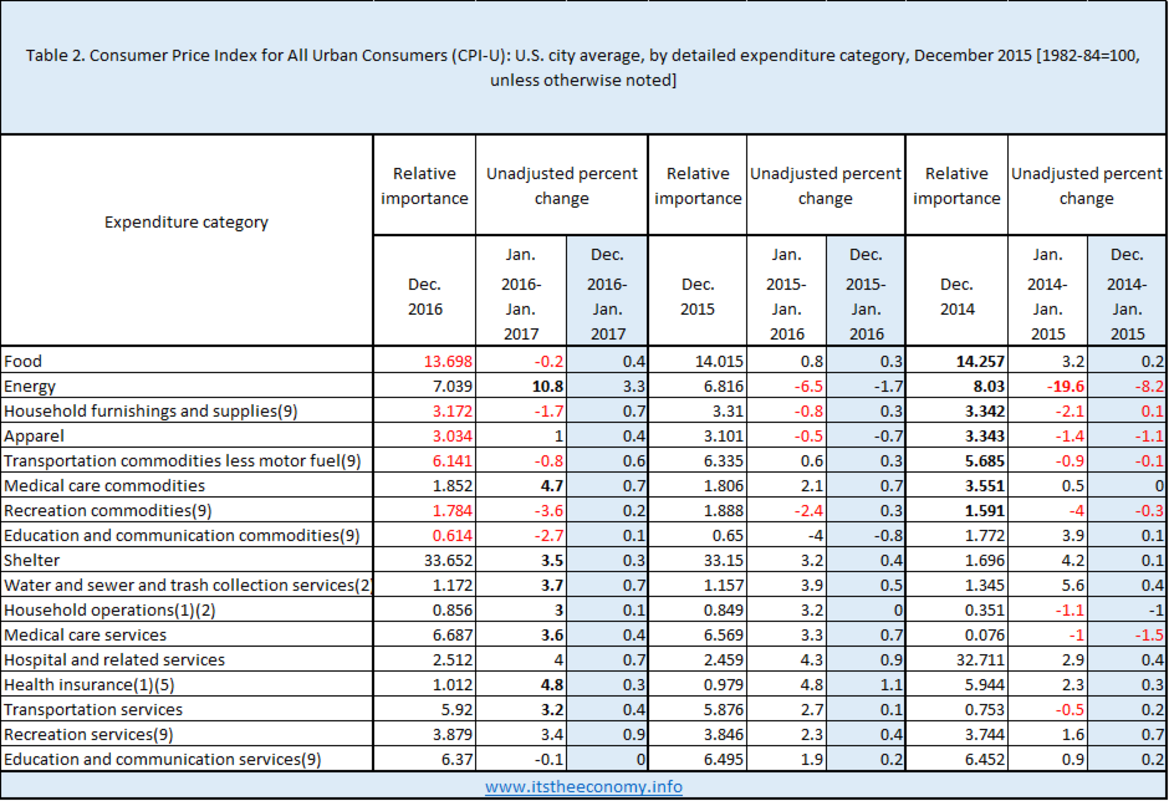 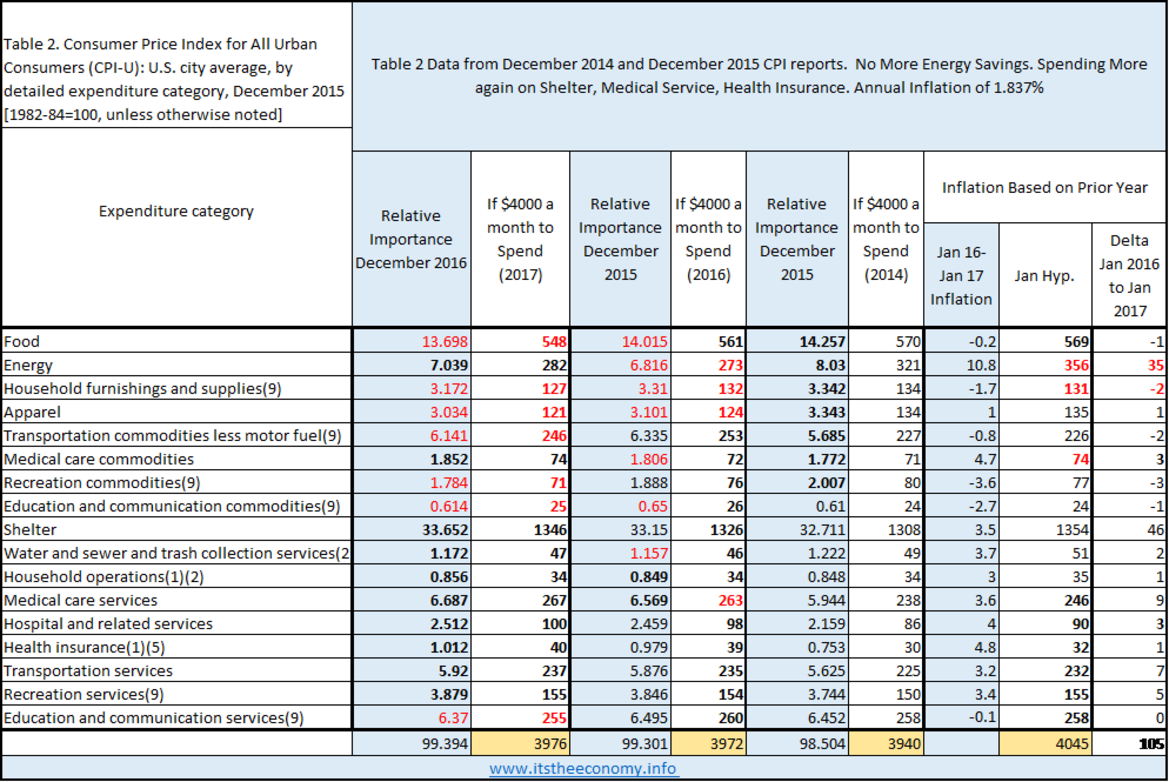 Supposedly we are only paying $4 more for the same services this January compared to last January. The problem is that we are also spending virtually all of our money on these items. If we have $4000 a month to spend on the same items we purchased last year, instead of have $26 dollars left over at the end of the month we need an additional $105 to buy the same things. Did you receive a 2.5% pay raise over the past year?

P.S. They revised the seasonally adjusted data was revised.... shocker.