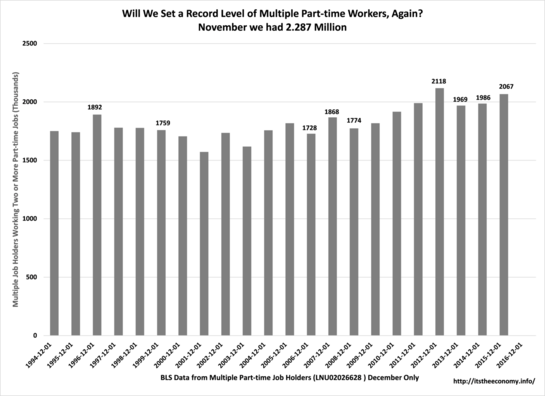 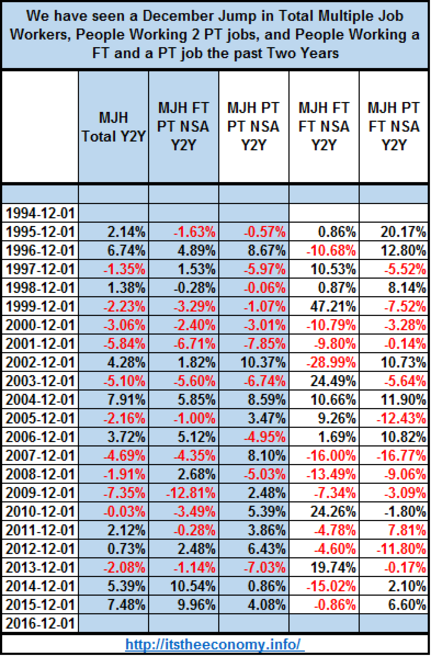 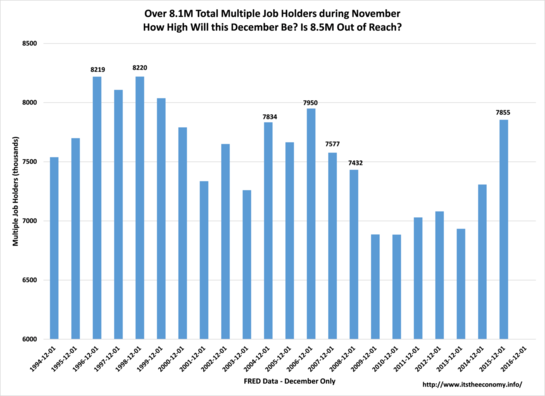 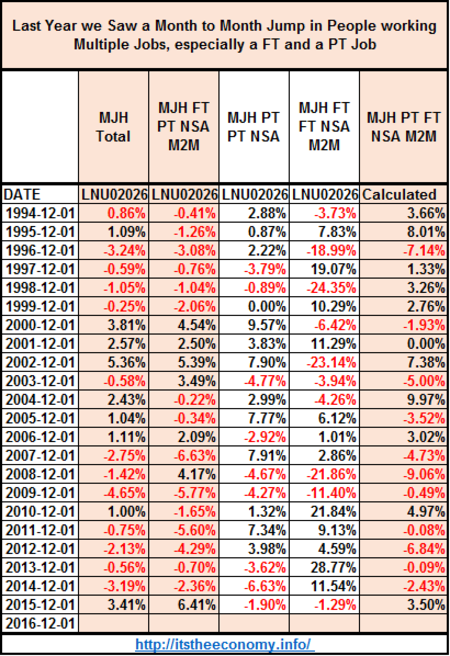 Will we see it recorded that  more people were working Multiple Jobs during December? Will we set another record for people working two part-time jobs?