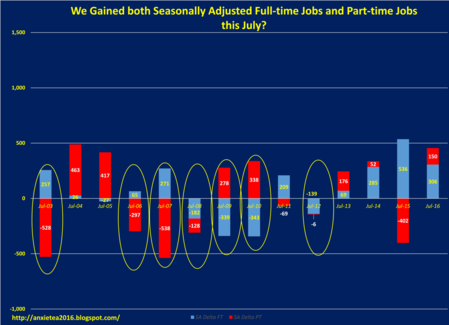 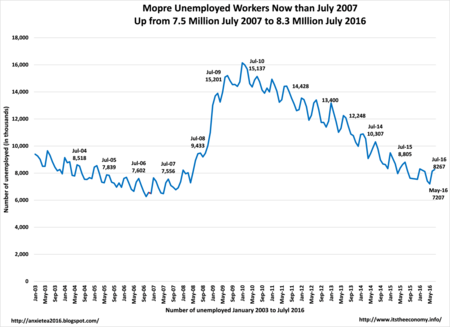 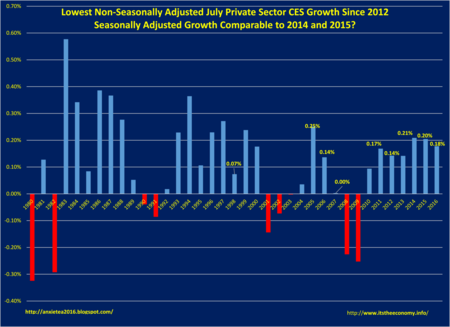 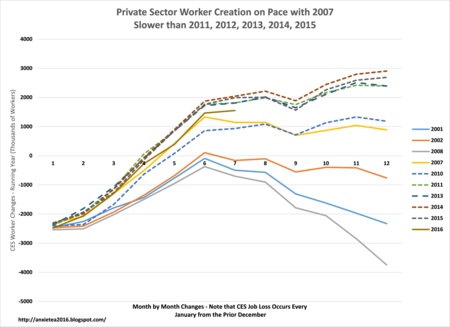 You are reading and hearing elsewhere that the July Jobs Report was strong. The seasonally adjusted data was strong - reality was not so kind.

We saw the slowest July Workers Growth recorded since July 2013. The good news is that we added workers. The bad news is that we are seeing a slowing economy. This is slower growth than we saw during July 2010.

The Growth Rate fell in the range of expectation - the seasonal factors did not. The seasonal factor used to convert the NSA data to the SA data was 0.991968 If we had the anticipated seasonal factor of 0.991597 or the rate we had recently seen last year, 0.991447, the Real SA CES number would have been reported at 155,000 Even if we used the projected value of 0.991597 the SA CES Private Sector Job Growth number should have been reported at 171,000. This is how the data is manipulated so that they do not need to change the narrative.

Full-time Job Creation was slower this July than July 2003 through July 2007, and slower than last July. There are two ways to look at the above histogram: We had better full-time job creation than July 2008-July 2014 and fewer part-time job losses than expected; We had slower full-time job growth than 2003-2007. We saw job expansion prior to the Great Recession. We were able to add full-time and part-time jobs during July 2004 and 2005. We have not added non-seasonally adjusted FT and PT jobs since July 2009 and July 2010. How did we add 456,000 jobs and only 85,000 workers? This is the difference between the two data sets.

Somehow we added both Seasonally Adjusted Full-time Jobs and Part-time Jobs - Something we normally do not do. This just "does not happen." This is not the best July data we have seen in a while. It was weak at best.

The Number of Unemployed Rose. Last month we had 8.144 million unemployed workers. This month we have 8.267 million. We saw an increase even tough we have had steady Continuing Claims numbers and record low first-time claims. This could be because we have seen weakness in the part-time job market recently and those part-time jobs that were added did not go to those who recently lost their jobs. We have 700,000 more July unemployed workers than July 2008. The last time, prior to the recession, we had this high a level of July unemployed was July 2004.

The report was weak.  The Private Sector "Jobs Streak" ended during May. We did not add over 200,000 "jobs" this month. We added 217,00 seasonally adjusted CES workers. We added 85,000 non-seasonally adjusted workers. The number should have been reported between 155,000 and 171,000. Unemployment increased from last month's 8.144 million, even though the weekly unemployment report did not reveal that truth.

Don't believe everything you hear or read.... Unless it is in this column. Only the government lives in the seasonally adjusted world.

Dig into the data.. 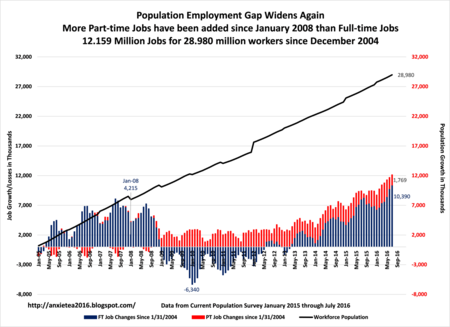 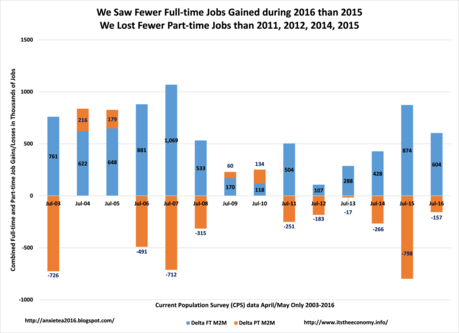 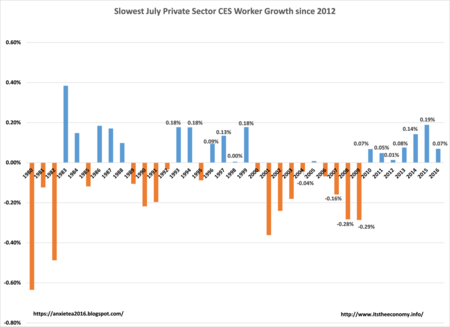