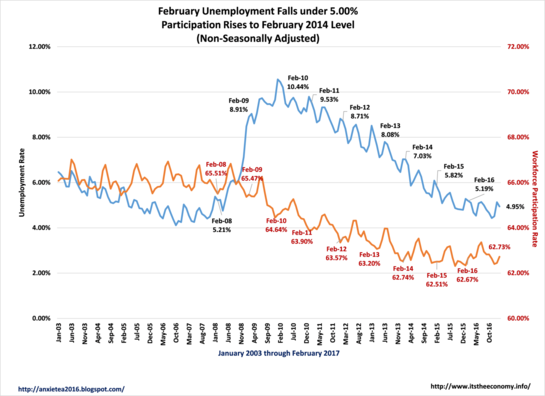 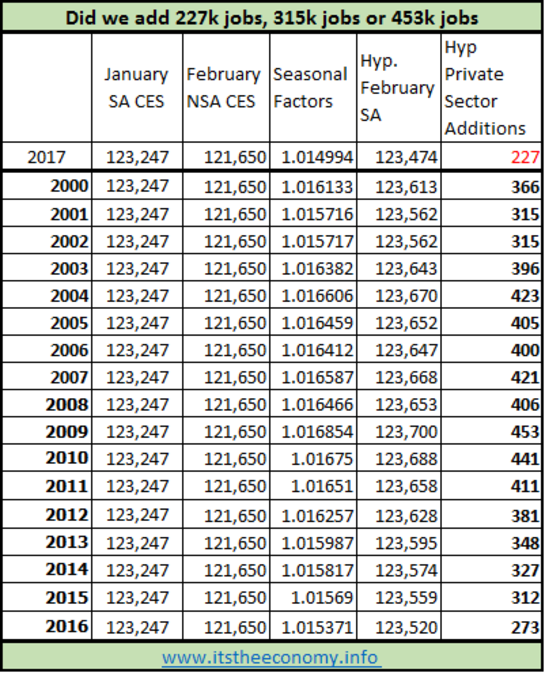 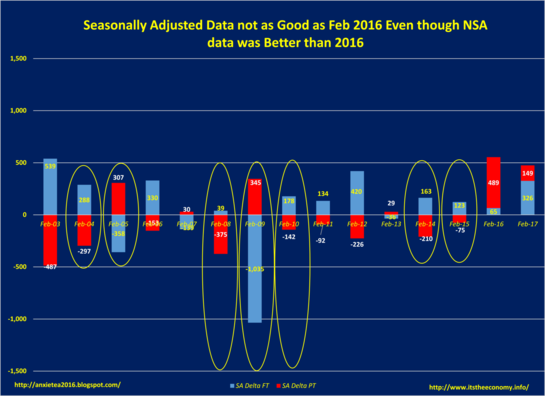 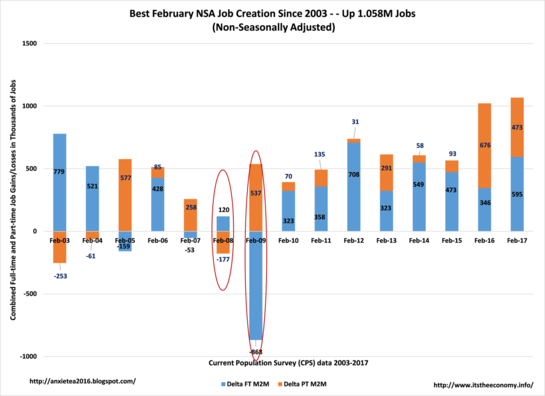 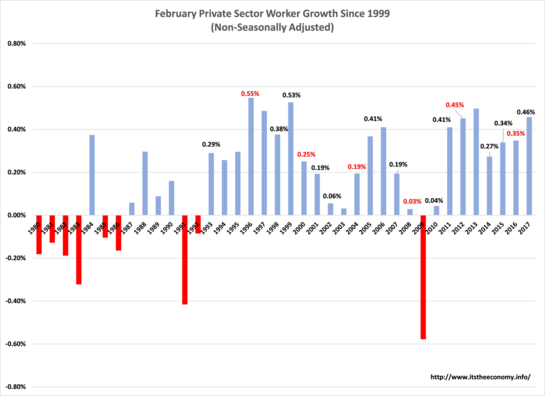 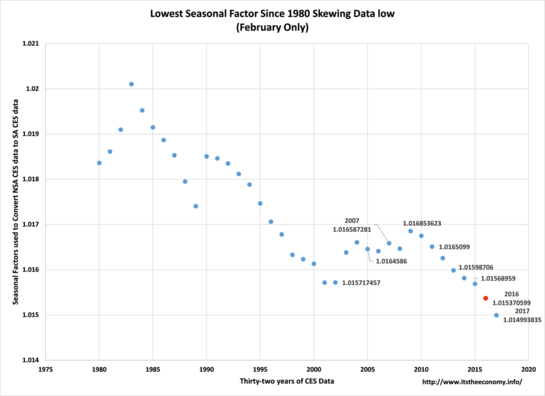 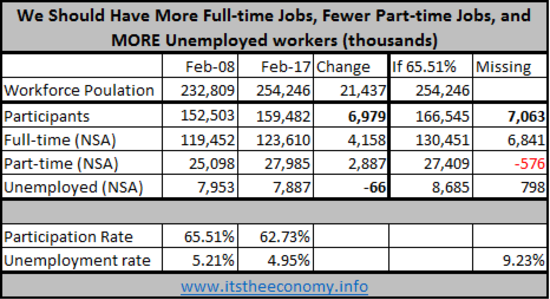 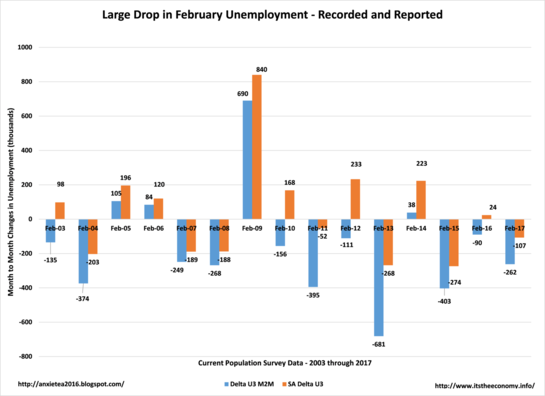 This is the first Jobs Report where the data was collected after President Trump took office. This past Friday this column produced an article titled "How Will Jobs Numbers be Skewed Next Friday?" It was projected that the non-seasonally adjusted (NSA) Current Employment Statistics (CES) Private Sector worker level should increase by between 0.35% and 0.41% and that the seasonal factor used to covert the NSA data to the SA data would be greater than the one used during February 2016 and may be similar to the one used during February 2015. The seasonal factors used to convert the NSA data to the SA data changes from month to month and year to year.

The ADP Payroll report was released this week. It revealed an upward revision of 15,000 workers to the private sector number for January. If we see growth of 0.50% and the same seasonal factor is used as was used last February then the SA CES private sector number would come in as a gain of 320,000 before the 15,000 upward revision to the January data. The revision to the January data would reduce the "bounce" to 305,000.

A second component of the Jobs Report that was analyzed last Friday was the Current Population Survey (CPS) data that is used to measure job creation, part-time and full-time, as well as the number of unemployed workers, and the workforce population. This data is then used to calculate the unemployment rate and the workforce participation rate. The jobs preview report showed that we normally see job growth during February, that last February was the best February since 2003, that unemployment levels tend to drop during February and the Participation rate improves from where it was during January.

The Report was truly Remarkable - I will be able to write on this report for a week or more. The Non-Seasonally Adjusted Private Sector Worker Number Grew by 0.457%. This does not sound like much until you realize that we were in a different century when we had a February NSA CES worker growth rate at this level. This growth rate, month to month, was faster than February 2012 - an election year - and almost as fast as February  1999. Remember that this column always analyzes the unadjusted data and comments on the seasonally adjusted data.

The Seasonal Factor was distorted to bring DOWN the Seasonally Adjusted CES data. The authors of the report invented a new seasonal factor to convert the NSA CES private sector data to the value reported in the rest of the media.  It cannot be stressed enough that never since February 1980 have we had a seasonal factor this low. This column had based its projections on using the second lowest ever seasonal factor (February 2015.)

Unemployment levels Dropped - This is Significant based on where we were starting.  This was not he largest February drop on record. There is only so low the unemployment level can drop as the number of workers continues to grow. Also, remember that we are at 17 year lows for first-time unemployment claims and continuing claims. This may explain why those unemployment reports at the middle of February were so strong.

We are Missing 7 Million Participants. We supposedly have unemployment levels comparable to February 2008. The participation rates are not comparable. If people are not participating are they effectively unemployed? If so then the U-7 Effective Unemployment rate is closer to 10% than 5%

This is just the first analysis of the report. Next week this column will examine the jobs report data by sector, by the number of people working multiple jobs, by the impacts of the economy on male and female workers, as well as the impact on the job situation for those of different age groups.

This was a remarkable jobs report. There is still a considerable amount of improvement needed.