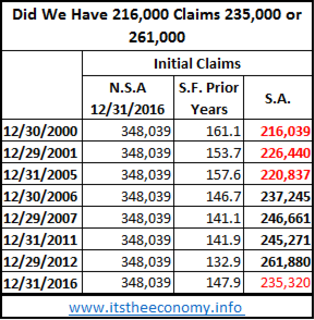 The mac daddy of all FACTs is that we have had 96 consecutive weeks with seasonally adjusted claims under 300,000 people. The streak did not start until January of 2016 and ended during November of 2016.

We Have Had Five Consecutive Weeks with over 300,000 NSA First-time Unemployment Claims. We experience the NSA data - the Government believes in the SA data. It is true that this is the lowest level of NSA FTU claims during the past 16 years during this time of year. The problem is that we have an extremely low participation rate, and elevated number of people working two jobs, and anelevated level of people working part-time jobs.

Continuing Claims Continue the Climb - Over 2 million for third consecutive week. The continuing claims level is at a 16 year low for the fifth week of December. You can't have continuing claims without first-time claims. You don't qualify for benefits if you lose one job and still have a second. You do not qualify if you are working a part-time job and lose your one and only job. You do not receive benefits if you lose a seasonal full-time job. This is a fake number.

We certainly have more than 300,000 first-time unemployment claims. We certainly do not have a streak. 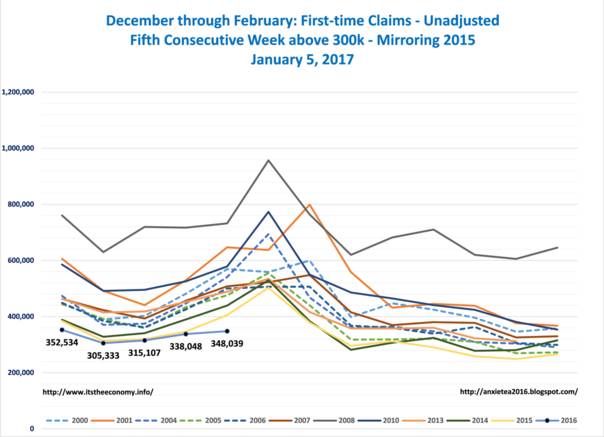 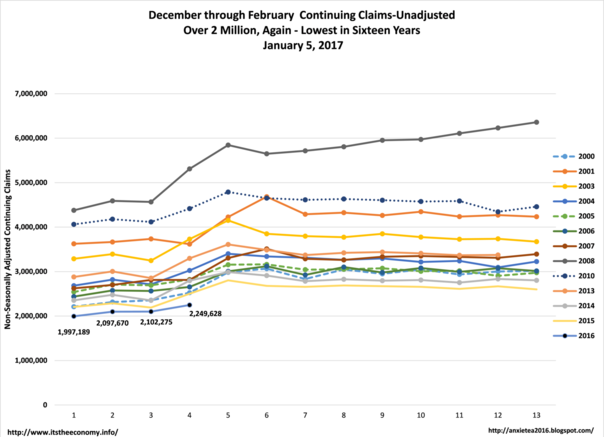