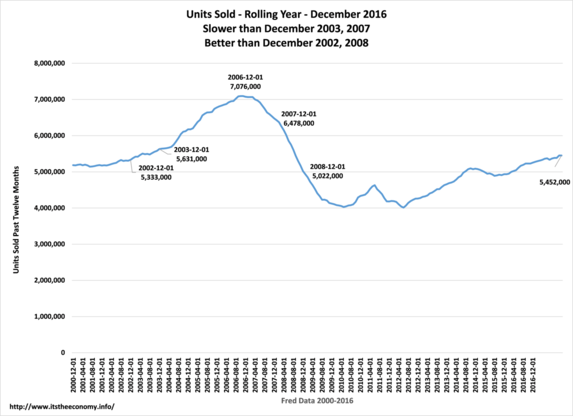 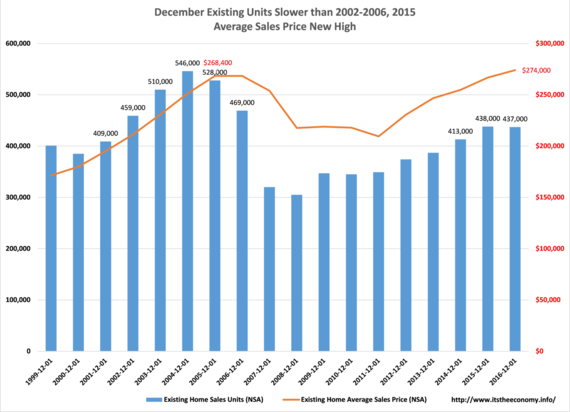 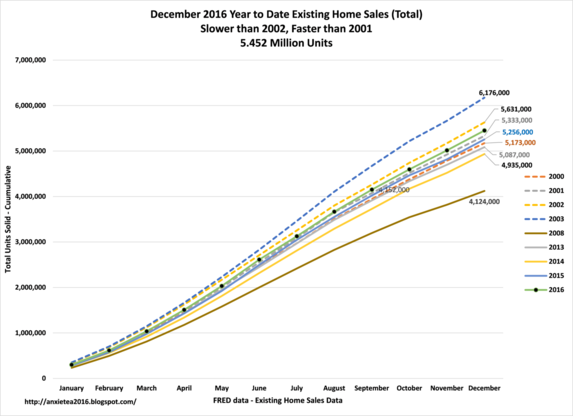 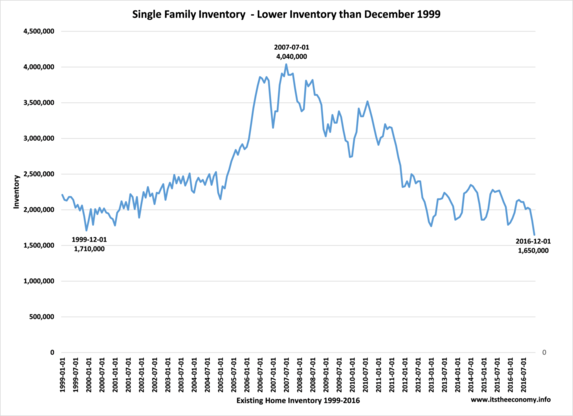 Will we see a Shift from Existing Homes to New Homes?

Residential home sales are a driver for the economy as a whole. People who buy homes need other goods and services. The December New Home Construction Data was a little disappointing. The new construction market is still in recovery mode - it may be decades before it is in expansion mode. We need jobs, full-time jobs, for people to qualify for mortgages to purchase these homes. The December Jobs Report was deceptive - and should have been disappointing as well. There are more than one way to examine the sales data, remembering that all real estate is local - down to the neighborhood or condominium association. Units sold are important. The average Sales Price is important. The current year sales data is important as is the rolling year data. So how did we do?

We set a Record December Average Sales Price. This is good news. It may not be great if you are purchasing a home. The average sales price fell from 2006 through 2011. Falling sales prices make it harder for people to move. If people cannot afford to move then they either take a ht in their savings or do not move. If people take a hit on the sale of their home then they cannot buy a larger home or they have to reduce other forms of spending.  We also saw a slight drop in the number of units sold, as compared to last December. It is more important to note that the trend is generally higher, year over year. It is also important to note that these December units are few than were sold during the month of December from 2002 through 2006.

Single Family Housing Inventory is at a 17 year low. We were seeing great sales during the late 1990'sand early 2000's.  We know from the new construction data that we have over 1 million units under construction. We may be seeing a shift from existing homes to new homes. We have approached 2.5 million homes in inventory since 2012. This is comparable to the 2.5 million units we saw during 2003 through 2005. While others are claiming that we have an inventory problem it is important to note that we normally have an inventory problem every December - nobody wants to go house hunting in the snow and cold.

Sales are Rolling - at a pace seen during 2002 and 2003. The other "headline number" you will hear regarding the existing home sales number is the annual sales number. What they are actually promoting is the annual-ized number, the hypothetical number of sales that will occur if they sell at the pace they are selling right now for the next twelve months. We saw 5.452 million units of existing homes sold during 2016.This is the rolling year number. During December that is also the annual number. That was 1 million fewer units sold than during 2007, and over 1.5 million units lower than were sold during 2006. The slope of the annualized ales graph indicates a general upward climb. It also indicates a slower pace of growth than what we saw during 2003, and significantly slower than the pace seen during 2004, 2005, and 2006. This means to me that it will take us at least 3 to 4 more years to return to 7 million units sold during a year. It may take five or more years if we are in a jobs recession.

We sold more units during 2016 than 2001, Fewer than 2002. Remember that we had a recession during 2001 - in part due to the Tech Bubble crash on the stock markets and in part due to the attacks of September 11, 2001. If one of these Black Swan events occur we may see an even slower climb than projected.

We "needed to see 450,000- 550,000  units sold during December. We needed an end of the year push. We needed something to pop us out of the doldrums. We are in a housing recovery. The existing home sales market is normally busier than the new home  market. We may see a shift from existing to new home sales due to a possible existing home shortage.  It will take a few months to see if this is a momentary pause in inventory or a structural problem. If enough people comment on an inventory shortage then we may see some fence-sitters test the market. We could easily make up the difference of where we should be and where we are by selling new homes. There is a disparity between new and existing sales prices. Will home builders drop their price points?