All Sectors Had Job Losses this January

Last month this column published an article that revealed to the first-time reader that there has been a consistent  problem with multiple job sectors having fewer jobs than they had prior to the recession. Five Sectors had fewer Jobs than were present during December 2008.  This has been consistent for months, if not years. Last month this sector column found that five sectors had not returned to December 2008 levels, two sectors were lower than they were during December 2015, and one sector was unchanged from December 2015. This is important because all of the 2016 data was revised with the release of this Jobs Report.

So what happened during January?

Mining and Logging Reported a Decrease to 665.000 jobs. This is Only slightly better than where they were during January 2010, at the depth of the recession. What is interesting in this category is that it had recovered and started expanding. The sector has been contracting the past few years.

Information and Technology Sector Jobs have suffered since January 2001 - it continues. We have fewer information jobs now than we had during January 2016. We have 6,000 more IT jobs than we had last January. The discussion is that we need non-native workers to move here to take IT jobs - Could there be one million or more people who want IT jobs that can't get them right now?

Every Sector saw a decrease in Jobs from December to January. Last year we saw a similar situation. It happens during January.  Here is what is interesting: as of last month we lost Manufacturing jobs during the course of the year. This month, presto change-o, we gained manufacturing jobs last year.

The January Jokes Report was a joke. It was Jarring.  It was bogus. We lost full-time jobs and part-time jobs. Every Sector lost jobs. If it were not for the downward revision to the workforce population level we would have seen participation drop even as unemployment increased from December.  This column will continue to dig into the Jobs Report, even as other news sources are distracted by the Super Bowl, Presidential Cabinet Nominations, or other superfluous things. This column still has to produce articles on the balance of jobs between men and women, the changes in the job situation by age, and the current levels of multiple job holders. 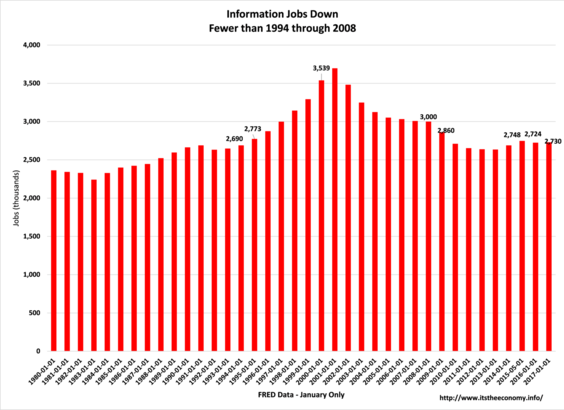 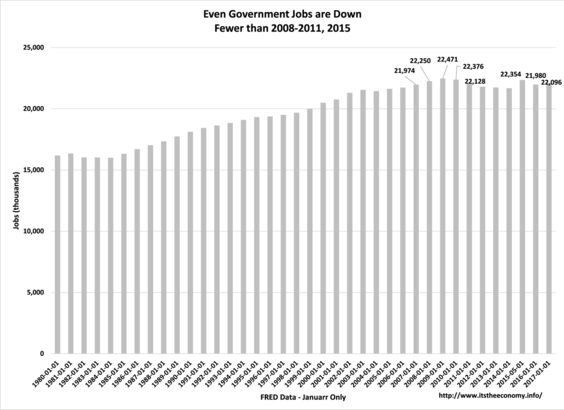 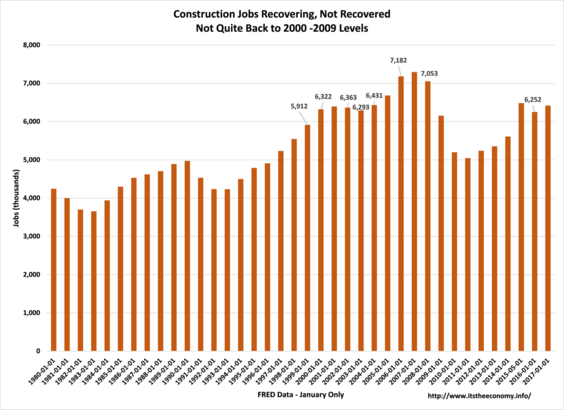 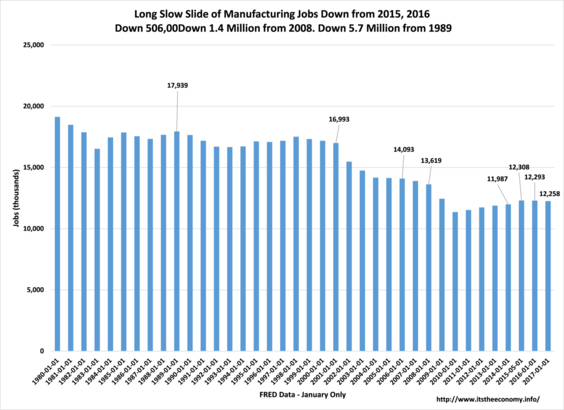 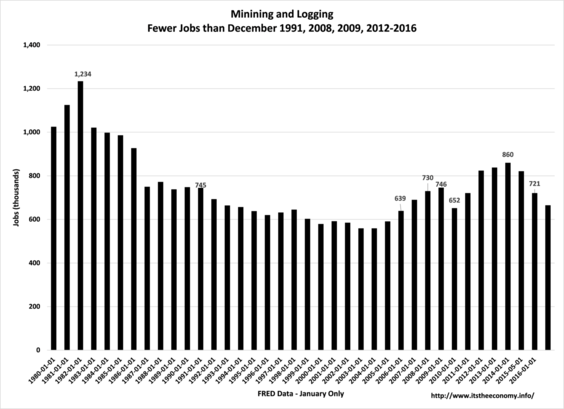 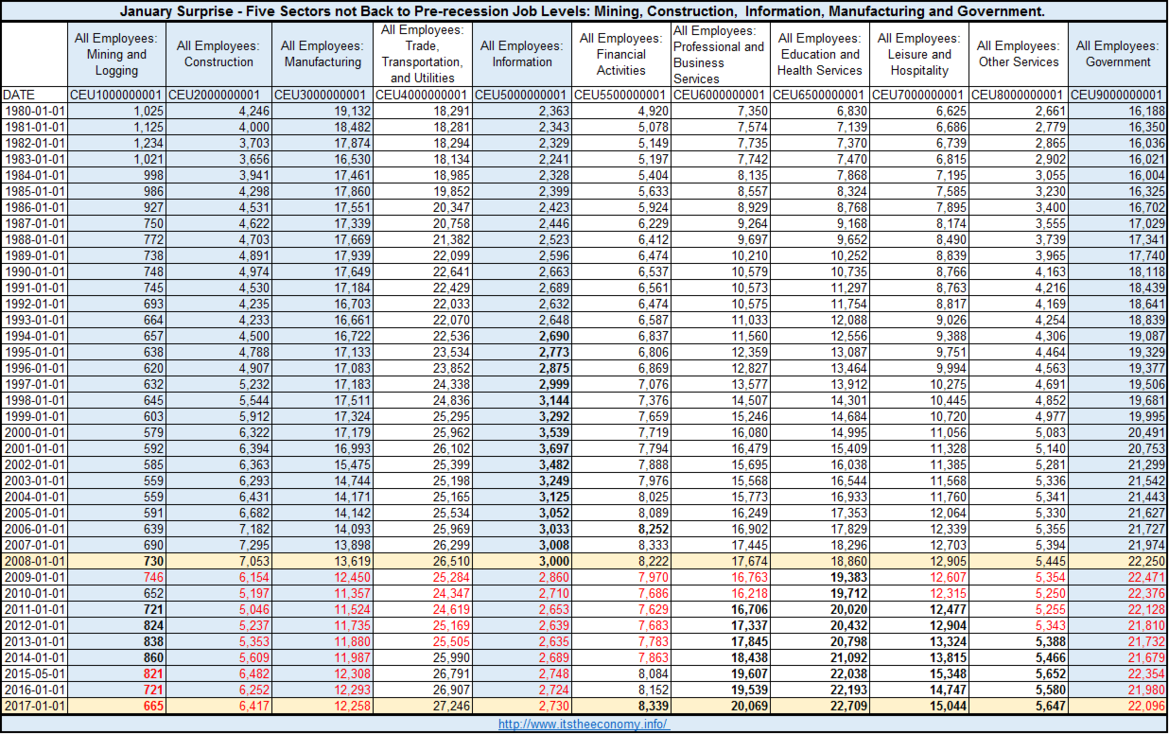