. If the title of this column sounds vaguely familiar to the readers of this column, it should sound familiar. This column has written ___ articles on the topic:

What Happened this month? Any guesses where we stand on jobs in Mining and Logging. Construction, Manufacturing and Information Technology compared to where we were during December of 2008?

We are in a Mining and Logging Recession, Again.  We saw a slow down in the mining and Logging Sector  during 2009.  We had seen a recovery by 2012 and an expansion through 2014. We have seen two years of decline, timed with the period where we have seen "gasoline savings" at the pump.

Information Technology Jobs Peaked during 2006. We have fewer IT jobs now than we had during the period of time from December 2000 through December 2008. We are down nearly one million jobs from the pre-recession peak. We are down a mere 8,000 from December of 2008. The good news here is that we have seen steady improvement from 2010 through today.

The Government Has fewer Workers than December 2008. It is ironic that in the era of "Big Government" and record revenue and spending that we have fewer Government workers. We have seen surges in the Hospitality Sector, Health and Education Sector, and the Profession Services Sector.

We saw employment Drop in Eight Sectors Last Month - Not including Manufacturing. The usual suspects of Mining and Logging, Construction, IT and Financial services and Government  saw monthly declines in jobs, in addition to annual declines in jobs.We saw monthly declines in the Professional and Business Sectors, Education and Health Services, Leisure and Hospitality, and the Other Services sectors with monthly declines. How is this possible? The "official version" of the jobs report indicated that we gained jobs. That is how contorted and distorted the seasonally adjusted data can become through seasonally adjusted data. The December Jobs Report was Deceptive. We saw a drop in Full-time Jobs, and increase in unemployment, and a drop in multiple job holders.

We have one more jobs report for President Obama. The January Jobs report will be released next month and cover the data collection period up to January 12th.  We have a regular "end of year" purge in jobs and workers. Where will the purges occur? We saw month to month declines in eight sectors this past month: Any bets on the number of sectors with fewer jobs during the month of January compared to this month? Could all sectors see declines?

We live in a non-seasonally adjusted world. The government lives in a seasonally adjusted world. The rest of the media reports on what the government writes. It appears that we are in the early stages of a jobs recession. The CES worker growth rate is roughly what it was during December of 2000 and December of 2006. The data for the past few months of Jobs reports has been twisted, contorted, and distorted. If these jobs reports are supposed to be road maps for where we are and where we are heading, are we on the right road? Are we in the right state? Are we in the State of Denial? 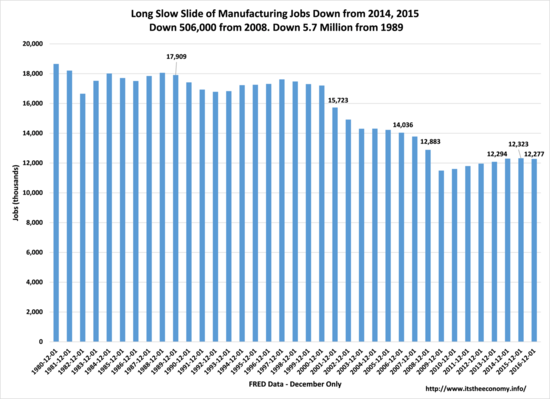 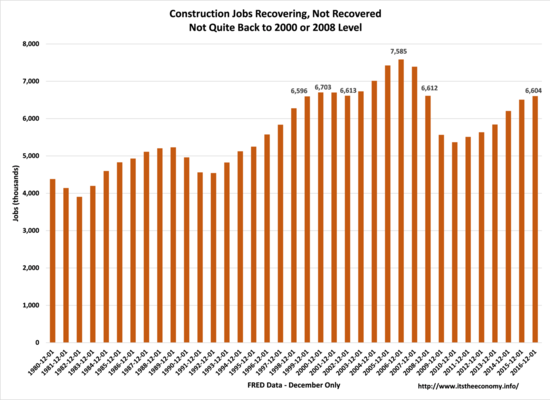 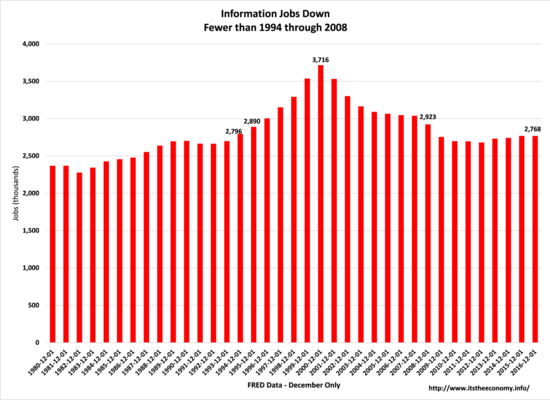 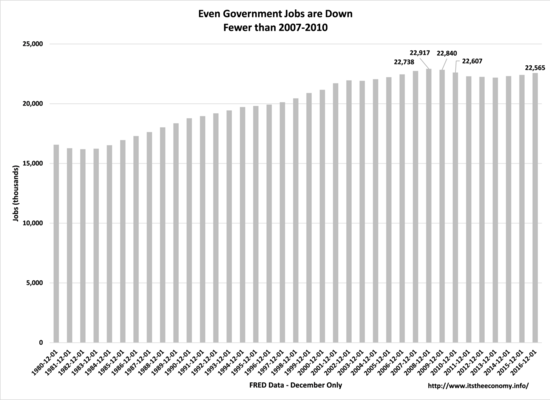 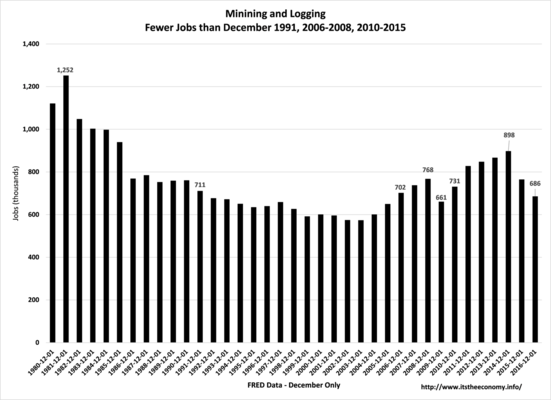