The Number of units Sold Exceed 300,000 again - Still not back to 2002 levels. One month does not make a trend. You will be reading that here for the next few months. This was the best January of sales since 2008 - a decade. That may be the headline elsewhere. It was a rough decade. We are still not back at 2007 levels as the housing market was crashing. We are not back to 2002 levels as it was rising. This means that we may have three or more years left in this recovery before we enter into an expansion mode.The average sales price hit an all-time high. This may shake loose some reluctant sellers.

We are at the second lowest level of inventory since January 1999. Last month we were at the lowest level. This month the inventory ticked slightly higher. WE are still seeing fewer homes on the market  than December 1999. If we do not have the inventory then there will not be the same level of sales.

This was a good report. We are seeing improvement in the housing market. It was a disconcerting report because if we do not see an increase in inventory we will not see an increase in sales. If we see constraints on inventory than the buyers will either have to pay more for existing homes or jump into the new home market. We will see what is happening with new home sales this Friday. 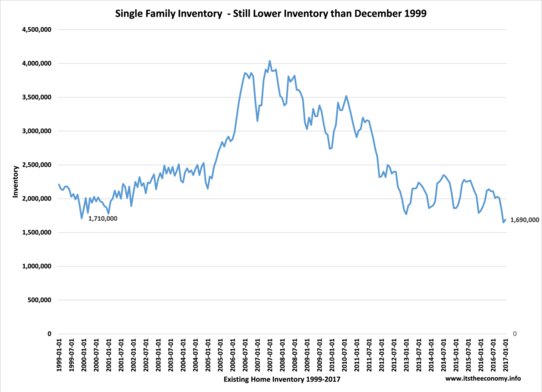 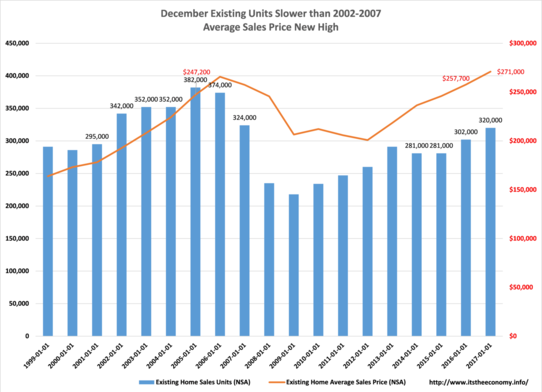 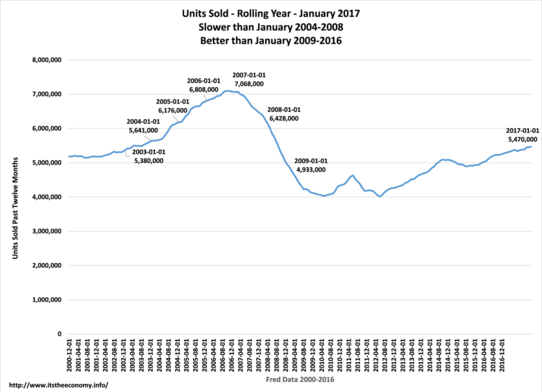