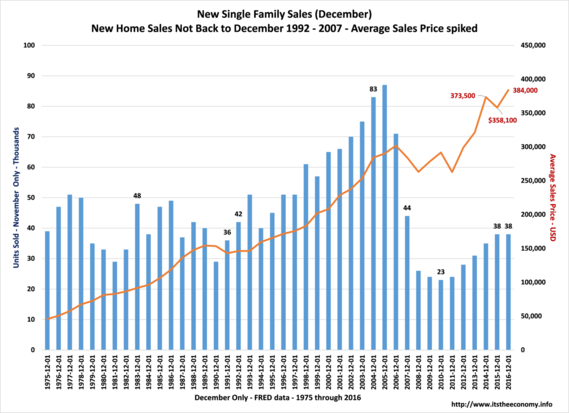 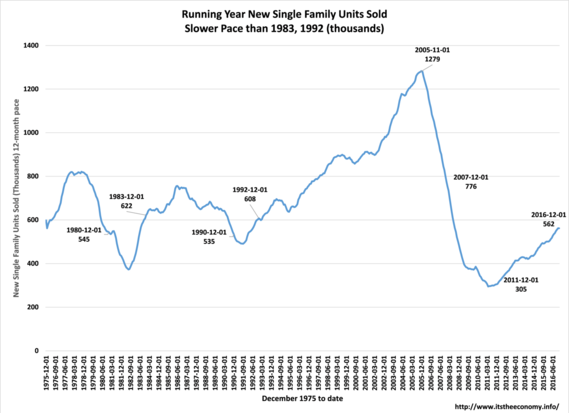 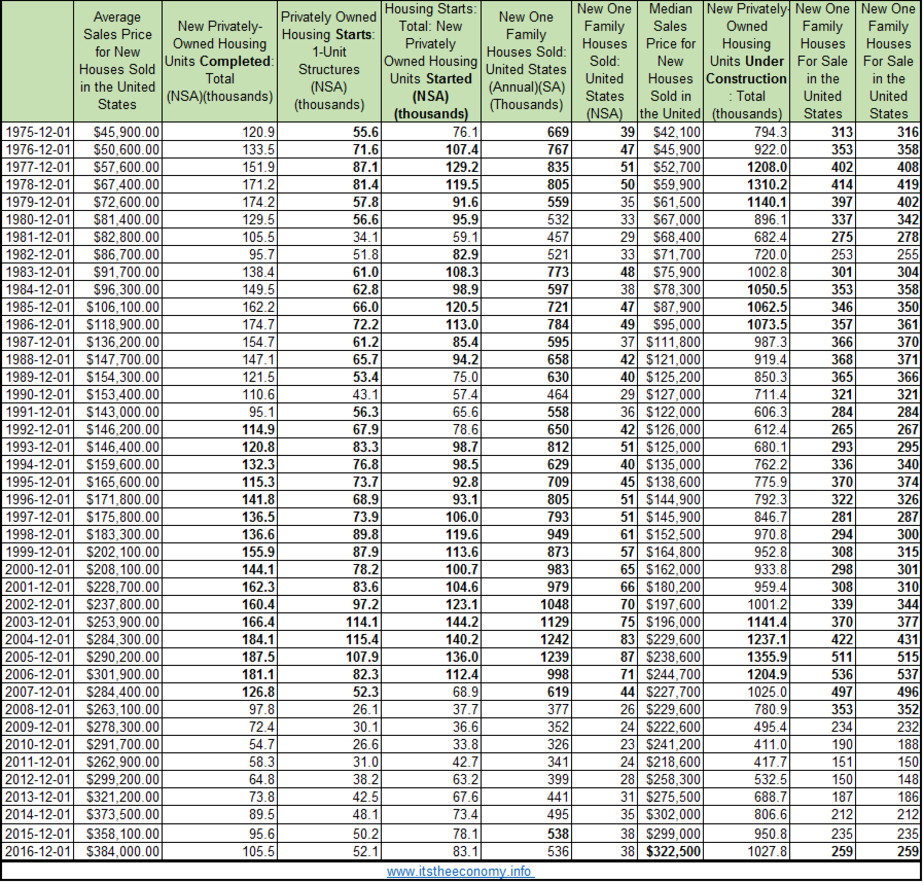 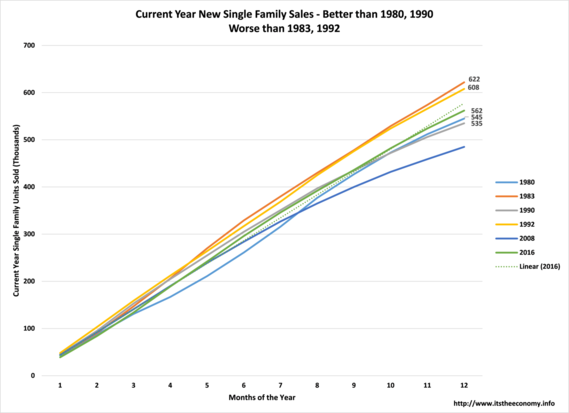 December was a lackluster month for new home construction and for existing home sales. The same could be said for the new home sales data. The units sold have been fairly consistently better than prior years, month after month. The problem is that where the media is saying that it is the "best in almost a decade" forget that it is worse than we saw during the 1980s, 1990s, and early 2000s. The housing market is getting a "D" where it used to get an "F."Remember that all real estate is local, community, school district, neighborhood or condominium complex,  as you read this column. The national picture is a 30,000 foot level view.

New Home Prices Set a record for December. If you are buying, you might not like this. Interest rates are rising. This will get some people off the fence and knock others off the fence. We saw an upward revision to the November Average Sales Price (ASP) to $365,200 and a downward revision of the October ASP to $339,900

The past thirteen months have been unremarkable. We have had better months for Average Sales Price, Units Sold, Units for Sales.

Across the board we have seen better Decembers since 1975. We are doing better than 2008 through 2015. That is a very low bar. The trend is up. Down is not really an option. The lack of sales and the rising inventory levels may mean that new home prices will fall. They may rise even more than they already have due to a lack of existing home inventory. The next three months will be very telling.