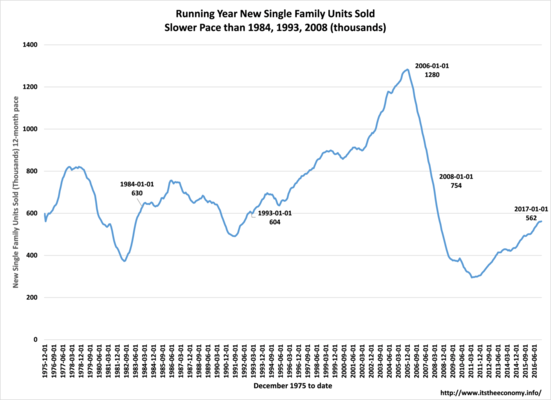 The New Home Paradox - Which Comes first the Starts or the Sales?

So what was reported and what was recorded with regard to new home sales? It was underwhelming.

The Average Sales price was strong - Still weaker than January 2016. The rest of the media will probably talk about how the average sales price is down from last January, forgetting that last January was a record.

There were wholesale revisions to the prior months' data. The annualized data for units sold were revised down. The median sales prices for October, November, and December were revised downward. The average sales price was revised up for September, October, and November. The Amount of units on the market was revised down for November and December. Inventory rose faster than sales - we may have an oversupply of new homes. This may be good to relieve pressure on a low inventory of existing homes. Starts were slower than 1993-2005. Completions were slower than 1992-2008. Sales will remain slower than these levels until the starts and completions improve. Starts and completions will improve when sales improve. Who is going to mover first? 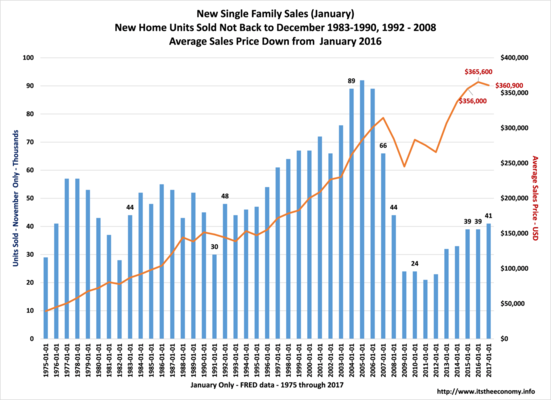 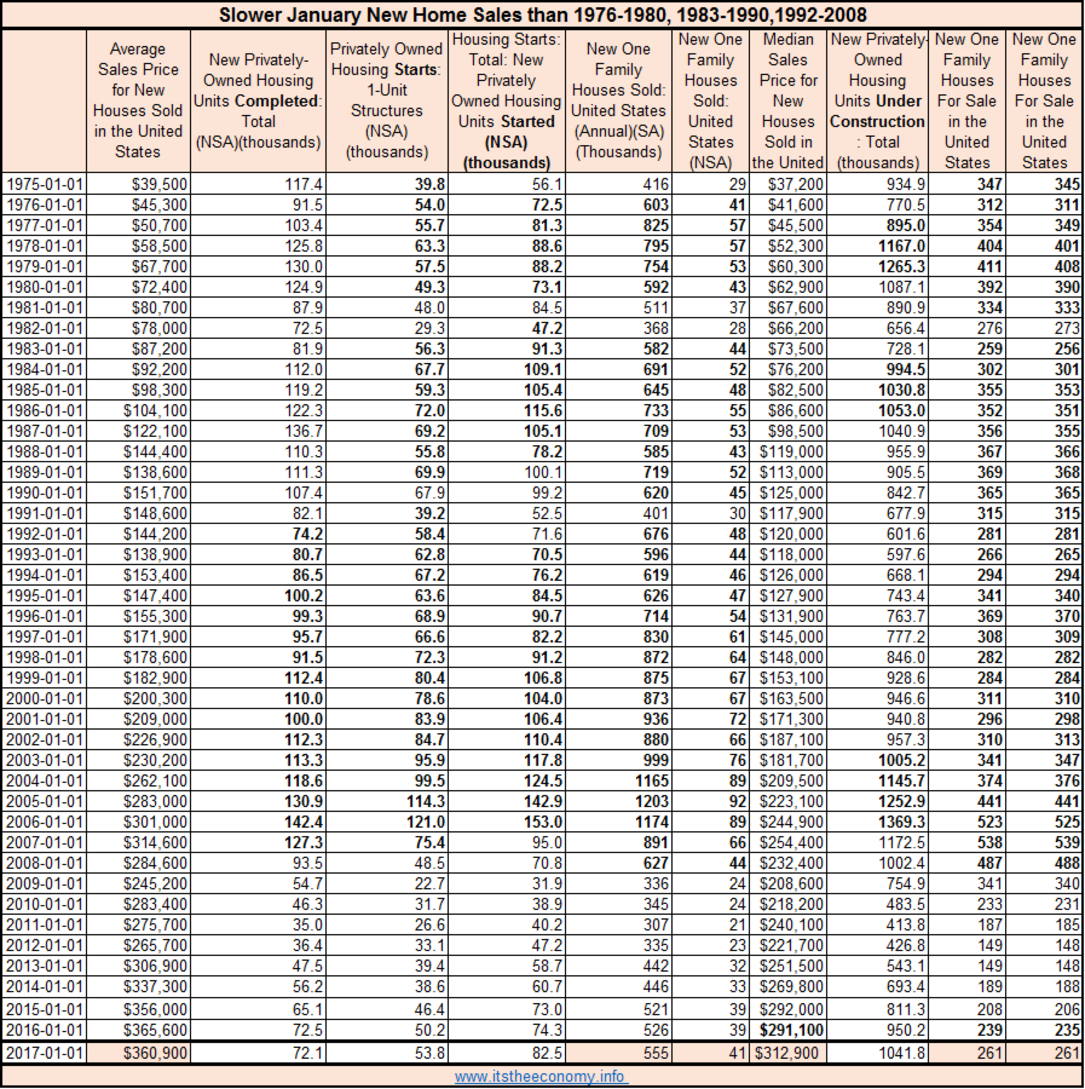